Zombie Games We Can’t Get Enough Of 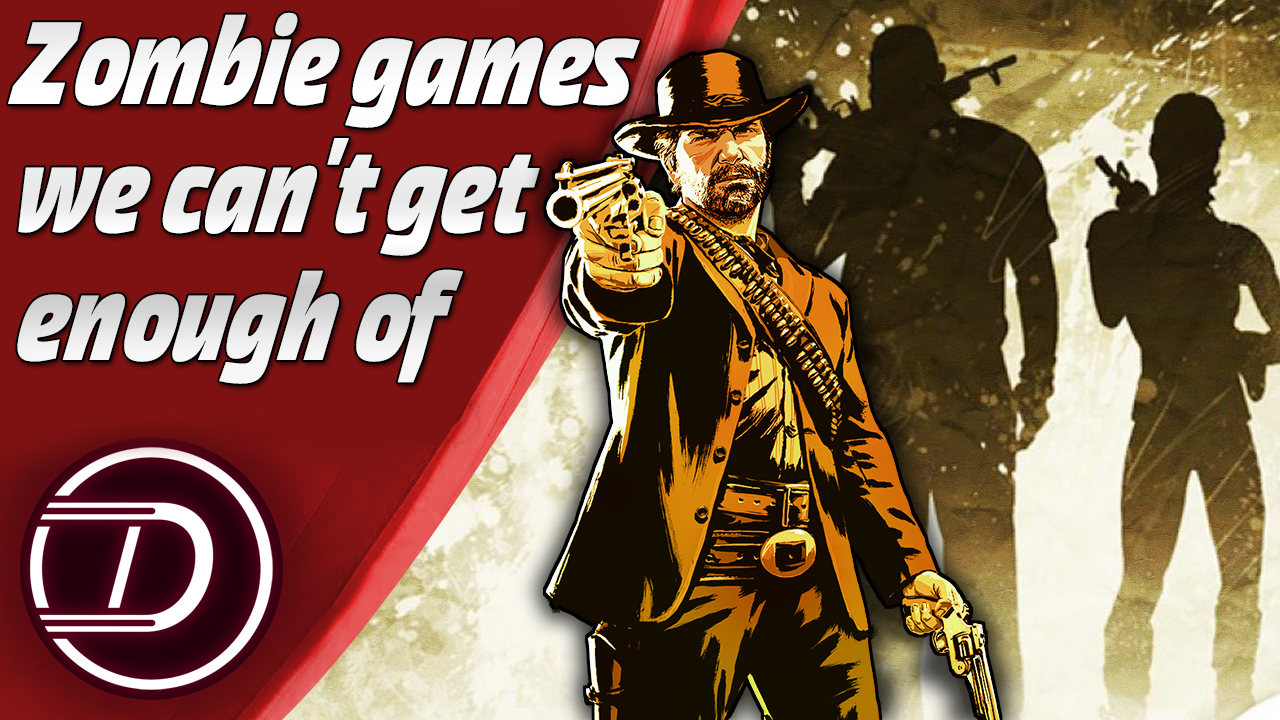 Welcome to Team Tuesday. Here we look at a recent or upcoming game and talk about something related to that game. This week we will see the release of Zombie Army 4: Dead War. Who doesn’t love to play a zombie game from time to time, so this made us think about some of our favorite zombie games!

Left 4 Dead 2, by far one of the most successful zombie games of all time. The game reportedly sold more than two million retailed copies of Left 4 Dead 2 were sold in two weeks, which represents “more than double” the sales of the original game’s two-week debut. With 12 million copies sold overall in 2012. That’s 8 years ago. The game and its community continue to grow.

This game stays alive thanks to the number of mods and maps released by fans of the game. Valve has pretty much abandoned the game. But that hasn’t stopped people from making original maps and skins for characters and guns, even new sound effects and enemies. This keeps the game alive and fresh, especially with co-op, the game becomes immensely fun with friends.

A group of friends and mods keeps this game brand new, fun and up to date, to play. Which is why it’s my pick for this week.

Sometimes something gets its hooks in you so bad, that you can’t get enough of whatever it is. Whether it’s a show, book, movie, game, or literally anything else. In today’s day and age, people can’t seem to get enough of Zombies. Flesh-eating, lifeless sacks of skin, that used to be all about “bbbbrrrrraaaaaaiiiiinnnnnnzzzzzz”. Now they’ll eat anything. Last time Zombies got their hooks into me, was with Zombie Army Trilogy.

This game was great. It was made by Rebellion, who are the same people who make Sniper Elite, so if you’ve ever played one of those games, you’d feel right at home. It’s all about Zombie Hitler making a Zombie Army to take over the world. Now, I played this in co-op, and little did I know, there was a story AND cutscenes!!! They chopped that bit away in co-op, but it didn’t detract from my experience. My friend and I still had a great time killing zombie, every which way we could.

Luckily, Zombie Army 4 is on its way, and we couldn’t be more excited! We couldn’t get enough of the other one on Ps4, and were super excited to one day pick this one up and stop them, pesky zombies from ruining everything we fought for!!

My pick this week is a game that I could not put down in general, but this game mode was one of the best in the series. Of course, I’m talking about Call of Duty Black Ops 3. Other Call of duty games had zombie modes and maps but none of them where as good as in Black Ops 3, I’ve spent countless hours on Der Eisendrache trying to get the easer egg trophy and helping others achieve it.

This week I could’ve easily gone for one of those classic Call of Duty Zombie games! I did, however, decide again this as for me they became way too repetitive.
Therefore with an expected return as part of DLC for RDR2, I want to take you back to the original Red Dead Redemption’s Undead Nightmare!

Something that I wasn’t too keen on, to begin with; this extension to the main game that featured a Zombie Apocalypse had me hooked the second I picked up the “Game of the Year Edition” and the DLC’s were all included as part of the package.
The graphics were not the best, but I can recall spending hours trying to reach higher levels and seeing just how far I could go.

I’m not a real fan of zombie-based videogames so also this week was hard for me. By the way, if there is a game which I loved despite the zombies, I could not think of anything else but The Last of Us. This game has an epic story and it involved me so much that I played it for a long period of my life until I unlocked every trophy too.
The DLC “Left Behind” was also a little masterpiece as it has thickened the main character’s story without ruin the main one.

This year will come out The Last of Us: Part Two and I can’t wait to take a closer look as they have passed 7 years since the release of the previous chapter on the PS3.