Whiteboyz Wit Attitude: The Pursuit of Money – Moneyz In The Bank (For Real) DLC Trophy Guide 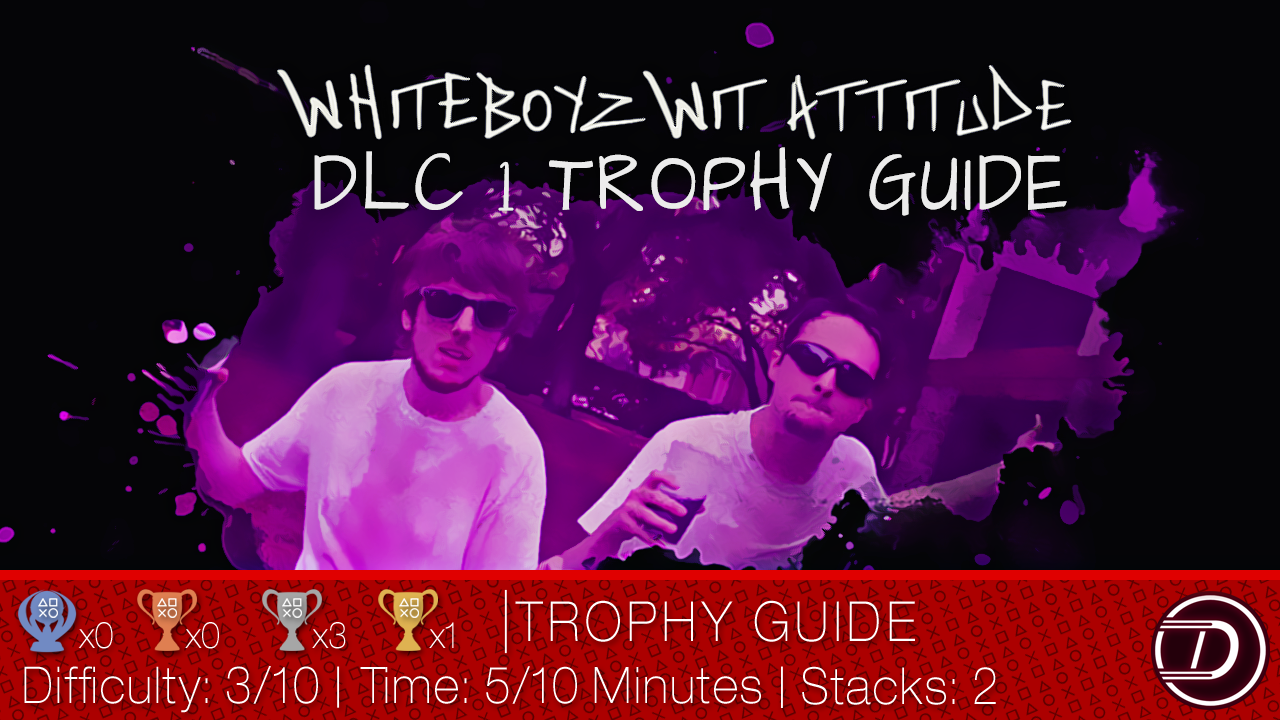 All the Moneyz
Difficulty related: None
Playthrough: 1

Step 1: Play the song
If you have already done the main game, you are ready to play this song and face up to the newest minigame as well. If you are a newbie, you first need to do the tutorial before being able to play this song.

The minigame requires you to move/shake your controller to perform some dance moves. Once again, the game sometimes doesn’t read your movements but you will need a flawless run (for real) to be able to get all the trophies related to this song.
In fact, to be able to obtain the

All the Moneyz trophy, you will need to reach a total score of 8.200 which is the correspondent of a flawless run so be ready to repeat this song a lot.

Once you get the perfect score, you’ll have the 100% of the trophies as all the other ones will come while trying:

Up in the Club

To avoid the annoying glitch of the minigame, you can use one of the following methods here described:

If you choose this method, be ready to sweat. As previously stated, the first minigame is glitchy as it doesn’t read the movements even if you are doing the right moves.
However, you don’t need to do the perfect move but you can simply shake vigorously your controller and it will do the trick.

The best way to do it is to grab your controller and shake it repeatedly like in the gif below. To avoid injuries or useless fatigues, remember to make a pause between the various notes.

NOTE: this method works 80% of the times so it requires a little bit of practice and tries so take your time and don’t injure yourself.

This method was posted by DesmaBR on psnprofiles and it requires a good internet connection, a PC, and the remote Play App (download link) PS4 Macro app you can download from here.

Here a tutorial on how to use it:

If you are not so tech-savvy, you can just download the two apps, set them, load this file into the PS4 macro and simply start it (Thanks to TheRealHardyBoy1).

This is the hardest trophy of the entire set as you need to beat the WWA’s high score which is 8.000$.

This song has a total of 441 notes and each one gives you 20$. That means that to be able to beat this score you are obliged to do a flawless run. If you even miss a single note, you are forced to restart the song.

The minigame attached to the song requires you to shake your controller by making some dancing moves but unfortunately, the game doesn’t perfectly recognize all the movements and this can be really annoying.

NOTE: you don’t need to press the right arrows on the D-pad, but you will need to use the motion controls of the controller and shake it in the right direction. However, check the Tips & Strategies section of the guide on how to ease it somehow.

This trophy will pop after you complete the “Moneyz in the Bank (For Real)” song for the first time.

While playing the minigame of the “Moneyz in the Bank (For Real)” song you will see that every right note you perform gives you 20$.
To get this trophy, you need to collect a total of 1.000$ which corresponds to 50 correct notes performed.

You will get it for sure while going for the

While playing the minigame of the “Moneyz in the Bank (For Real)” song you will see that every right note you perform gives you 20$.
To get this trophy, you need to collect a total of 5.000$ which corresponds to 250 correct notes performed.

You will get it for sure while going for the