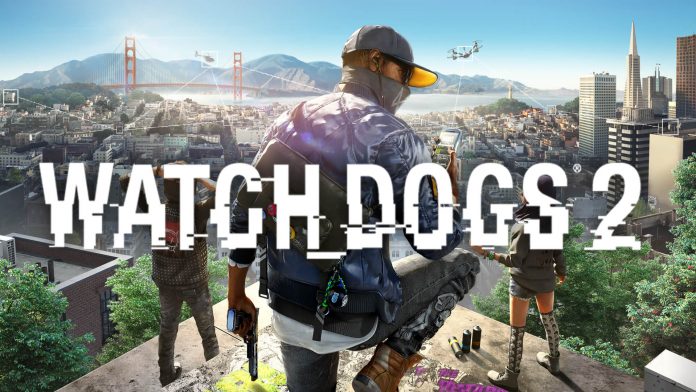 Playing Watch Dogs 2 for the 2nd time this year I can’t help but feel a lot more appreciation for this game, with its nice and colorful open world and great story. Watch Dogs 2 feels more like how it should have been in the 1st game.

Watch Dogs 2 is developed by Ubisoft Montreal and published by Ubisoft. The game was released on November 15, 2016, for Playstation 4, Xbox One, and PC, in 2020 it was also launched on Google Stadia. This open-world action-adventure game follows Marcus on his adventure with his new friends in Dedsec.

In Watch Dogs 2 you fight with some new friends for more freedom and to stop companies spying on the people of San Francisco. During your adventures, you will find some old friends from Watch Dogs 1 and some new villains. This also comes back in the DLC where multiple familiar faces will return.

You will go against a massive evil corporation and its CEO, This CEO uses everything and everyone he can to stop Dedsec and start spying on more and more people to hold a tighter grasp on the city and citizens. There is 1 big story but at the same time is the game also comprised of small stories that fit into the big one like puzzle pieces. I personally really loved the storyline of the actor and movie car due to its humor and epic scenes it had.

One of the best things for me was the characters, they are all just so fun and are really unique in their own way. Josh is the character that stood out to me the most, having autism myself I could really identify myself with him and recognize a lot of things in him that you almost never see in games at all.

While it did not get an upgrade on series X, it still looks epic and every place you visit has a lot of color to it, but due to how some areas of the game are, it does all kinda look the same. I’m not sure if that is just San Francisco or that the game made those places up itself, but either way, it was still a stunning sight to behold.

The gameplay itself can honestly be better in the aspects of hacking and stealth, I absolutely loved the shooting and some of the hack puzzles, most of the other puzzles that needed stealth and drones were the absolute worst because you got found out so much and super easy a lot of the time. This might just be me being bad at stealth and hating it, but it did make the game a bit worse for wear due to the number of times you needed to do it.

While the game didn't get a visual update, it still looks like it could have come out last year, but sadly the gameplay did feel kinda wrong at most of the moments, but the good moments like the tech puzzles did save the gameplay for the most part.Watch Dogs 2 Review