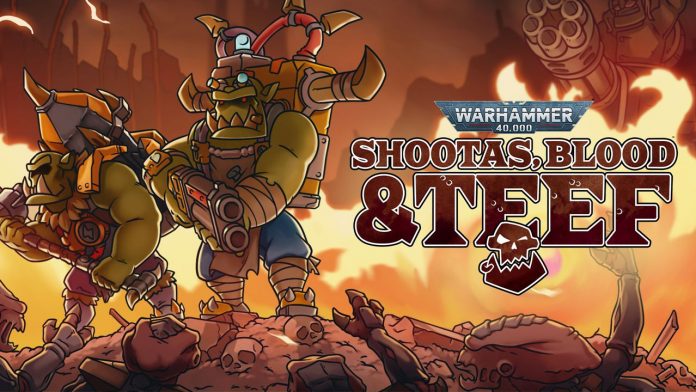 Take control of a Flash Git, one of the four character classes available in the final game, and fly the flag for the Nobz as you tackle the Over The Wall level in your quest to run riot through Luteus Prime. A single-player serving of slaughter, the demo showcases the madcap combat and mini-boss mayhem you can expect later this year when Warhammer 40,000: Shootas, Blood & Teef launches complete with online and local co-op support, as well as versus multiplayer.

From the developer of the critically acclaimed Guns, Gore & Cannoli franchise comes a new adventure set in the Warhammer 40,000 universe! Play as a savage warrior of the Green Tide, and become the spearhead of an Ork invasion as you bash, smash and shoot your way through the hive city of Luteus Prime on a mission to retrieve your hair squig and claim vengeance on your warlord!

And just maybe become the warboss of a WAAAGH! along the way? Survival of the strongest has never been so violently fun! Scour the battlegrounds, defeat powerful bosses and collect teef to upgrade your arsenal and increase firepower!