DEX.EXEYour Source For Games
HomeArticlesVideogames we would love to give the royal treatment
ArticlesTeam Talks

Videogames we would love to give the royal treatment 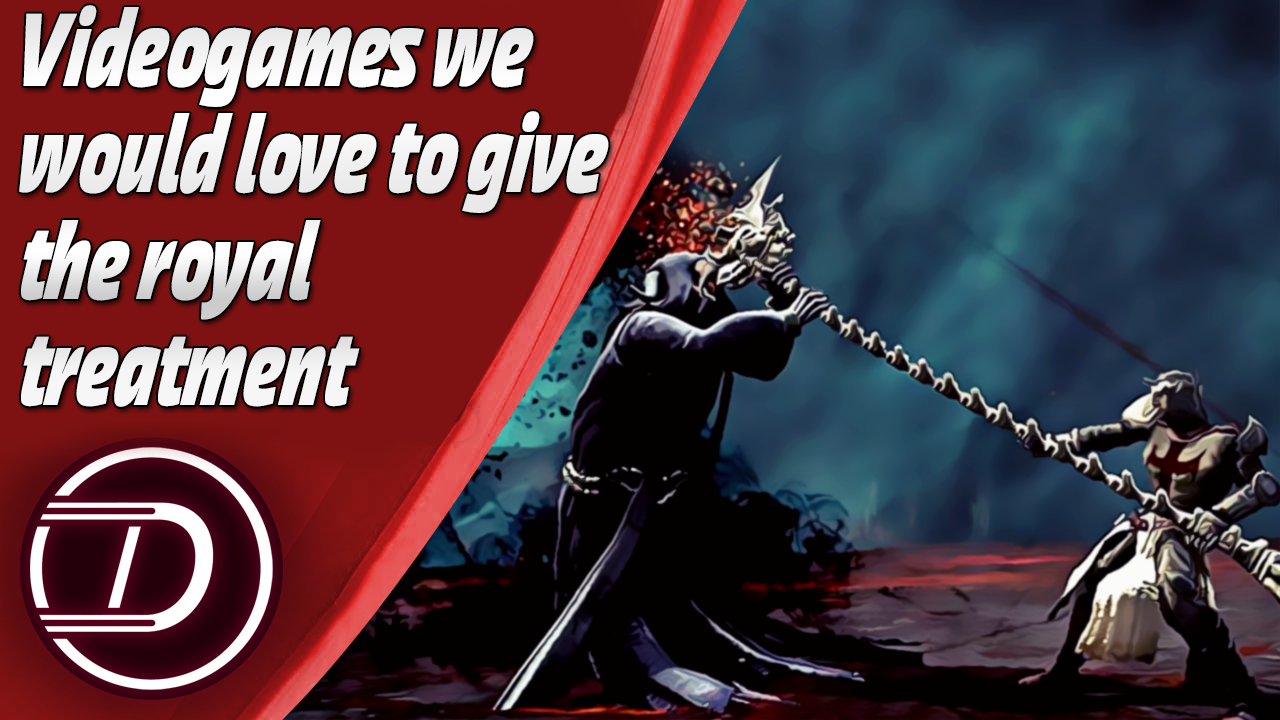 Welcome to Team Tuesday. This week the most waited game comes out. We are speaking about Persona 5 Royal so we decided to talk about a game we would love to give a royal treatment.

I’m sick this week, so sadly no part for me. The others all have picked out great things again!

What’s that one game, you wish could be tweaked, changed, and given more content with a new release? Everyone has one. That one game that you didn’t want to end. Yes, there’s DLC, but that’s not what we’re talking about. In the case of Persona 5 Royal, or even Persona 4 Golden, they were tweaked and re-released with a ton of new content. This is a hard question if you think about it. Some games end perfectly. Others, you want a bit more insight, and others, you’d be okay with an extra dungeon mid-game.

If I had to choose the game, it would be Eternal Sonata. This was an early Xbox360 game, thought eventually got ported to PS3 with 1 extra dungeon. The dungeon added nothing, and they didn’t even add voice over to it. The game was fantastic, even if a little short. It was a turn-based, action JRPG, where you got to move in battle on your turn, and actually attack yourself. It was a hybrid and system that worked! How id love for it to get remastered, with new content and even trophies!

Now, some games will never get this treatment, but damn would it make life good! Then there are others, that shouldn’t have gotten said treatment…..and shouldn’t have been released to begin with.

Call of Duty: World at War was a different take on the COD series when it was first announced and Treyarch certainly went out on a limb to produce a game with that much history.

Now imagine this getting the “royal treatment”! Extended gameplay with modern-day graphics could bring this classic to another level. Even a remaster of COD: W@W could produce some of the most stunning graphics ever seen.

Something that is very outdated in the game (having played it quite recently) is the Nazi Zombie mode and this is the mode that I would dearly love to see getting a makeover.

My choice for this week is Lego Star Wars III: The Clone Wars. This game covers the first 2 seasons of the show by the same name, and I think it would be amazing if they gave this game a rerelease with the rest of the seasons in it. It would also be nice if this was made around the same time as the hype for Lego: Skywalker Saga. This game definitely deserves it.

There are a lot of games I would love to give a royal treatment, but one of them is Dante’s Inferno. Imagine it with enhanced graphics, updated combat systems and some extras like story deepenings… This would be amazing for sure!
This game was absolutely astonished back in the days and a “Dante’s Inferno Royal edition” would be definitely a day one purchase for me.