Videogame Powers We Would Love To Have 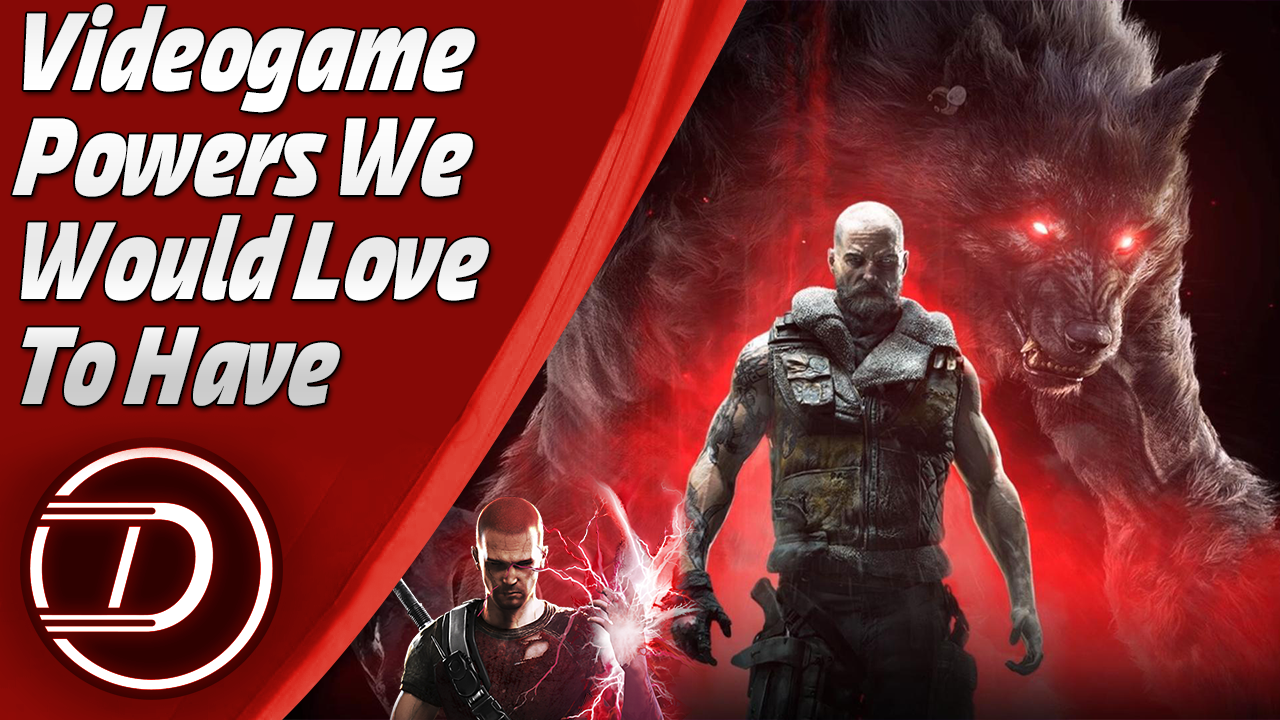 Welcome back to another team talk, where we share some stories, good and bad, and share our deepest and darkest gaming secrets (sometimes at least). This week we will finally see the release of Outriders (Releases on Xbox Game Pass so please try it out). And in the game, the main characters got some powers when they got in some sort of storm. That made me think about all the cool powers we got to play around within games. So what are some Videogame Powers We Would Love To Have?

“Werewolf Transformation!”
Some may view this power as a curse, but I think it would be one badass superpower to be able to transform into a werewolf! I’m fascinated by them, it’s one mythical creature that I can’t get enough of. And yea, given the choice, hell yea I’d be one!
By day you walk the world as an incognito regular Joe, but under the moonlight… You become one of the most feared, most powerful mythical beasts imaginable. Such scary and strong fearless monsters that also have a heart (most of the time). Who wouldn’t want to let their wild side loose and howl at the moon every once in a while!
There aren’t a great deal of Werewolf videogames around unfortunately, I wish there were more, but the classic example is Altered Beast, an old game originally from 1988, but you can still play it now on the PS4 vis PsNow if you wanna check it out. Also Werewolf: The Apocalypse looks pretty cool, I haven’t played that one yet but I will pretty soon.

After the sad announcement from Sony about the imminent closure of Ps3 and Ps Vita stores, I cannot think about any other superpower than rewinding time. I would like to be like Max from Life is Strange. She can go back in time whenever she wants to change what she doesn’t like even if some changes can have heavy consequences on the future.

I had a lot of time to buy games, that’s true, and I also had tons of opportunities to purchase them while on sale, but unfortunately, I’ve always procrastinated until now.
The last rush to some digital ps3/Vita games has come and it costs a lot as there are no sales anymore for these games.

I would love to rewind time right now as I’m pretty disappointed and upset about Sony’s decision even if I was expecting something like that sooner or later.

Wouldn’t it be great to have superpowers? We’ve all dreamt of it before. But if you could choose, what superpower would you choose? I’d have to pick Super Speed from my character in DC Universe Online.

Wouldn’t it be sweet to be able to go somewhere super easy, just by running? Want to go see family, but they live in another city? Run there! Need to run across town because you’re late? Run there! There is no real disadvantage to super speed! Except maybe you can’t compete in the Olympics without being a cheater….

There are so many cool powers to pick from, but what about the Powers from Cole from the Infamous series? He can take powers, has some cool electricity powers, you can basically do anything. How easy would charging a phone be, or just to jump of a roof and glide a bit when it super hot outside.