DEX.EXEYour Source For Games
HomeArticlesVideo game characters we would love to have over for Christmas
ArticlesTeam Talks

Video game characters we would love to have over for Christmas 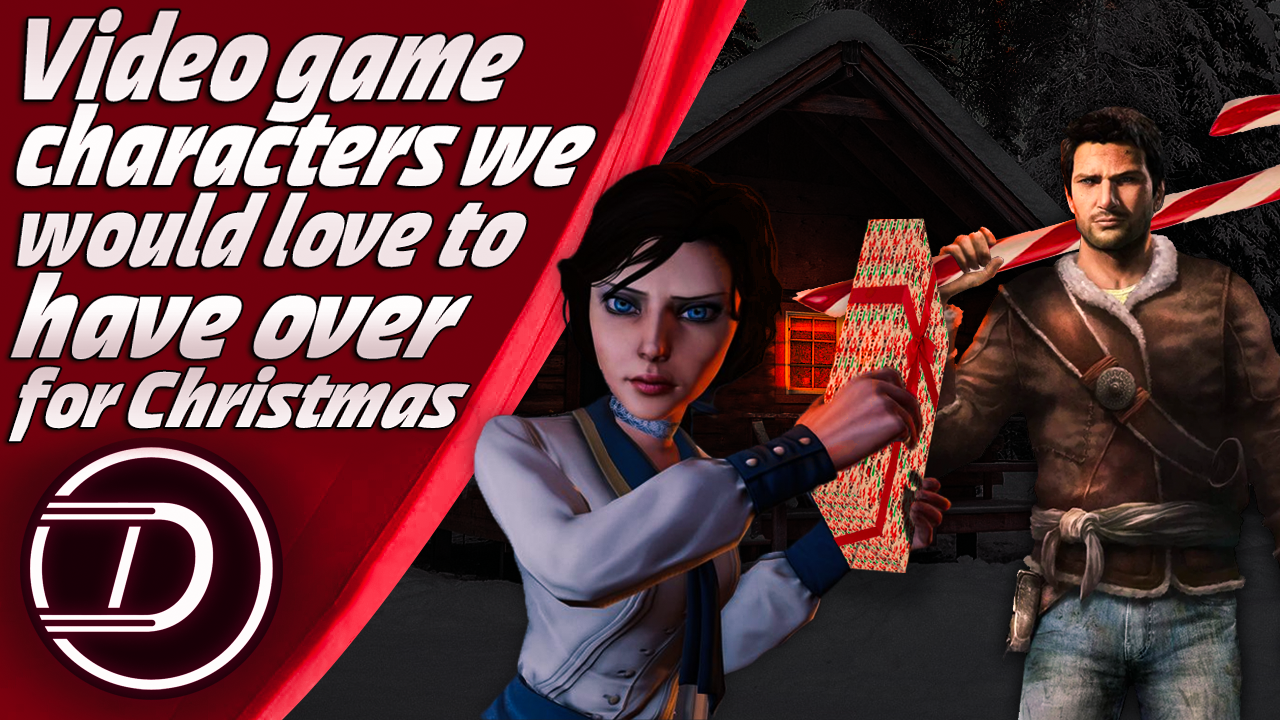 Welcome to Team Tuesday. Here we look at a recent or upcoming game and talk about something related to that game. It’s Christmas eve today so we are looking at some Video Game Characters that we would love to have over for Christmas!

This week we are also introducing the newest addition to our team CommanderSquid!

We would also want to wish everyone a Merry Christmas and a happy holiday season! – Dex Fragg

Ah… Christmas time, what a better time of the year to eat everything on the earth and spending times with family and parents while children play and scream and the same old questions rain over you like almost every year… Please let me disappear for the whole day! That’s why I would like to have Snake (metal Gear solid) on my Christmas lunch/dinner so he can throw at me a box where I can hide and become invisible or blend myself with the presents under the Christmas tree. I love Christmas 😀

If I could have a video game character over for Christmas there’s only one I could think of. Nonother than Nathan Drake himself. I mean, who wouldn’t want to have one of the greatest treasure hunters in the world join you at the dinner table. I’d just want to hear about all of his crazy adventures and everything he’s been through, get to know his back story a bit more than currently known.

Plus, you never know what tricks he could teach you, and what treasure hunting stories he has hidden away to tell.

After much thought over who I would love to have as a guest for Christmas, I have to go with Elizabeth from Bioshock: Infinite. Bioshock just so happens to be my favorite video game series of all time. With the recent news of there being a new Bioshock title in development, it has urged me to play through the series for the 100th time.

Elizabeth has spent her entire life locked up in a tower so I can only imagine the stories she has to tell. You learn a lot about her character throughout the duration of the game, (I won’t spoil anything) and you start to build a relationship between herself and Booker Dewitt the main Protagonist in the game. By the time the game has been completed, you have created a strong connection with her character.

If Elizabeth is anything like she is in the game, then it would be nothing but a pleasure to have her as my guest this Christmas. She puts a lot of trust in others as well as helps you in need when you need it most, so who wouldn’t want someone like that to share the holiday season with?

Honorable Mention: Tingle from the Zelda franchise. Ya’ll ever heard of Elf on the Shelf?

Ever heard of Juliet Starling? Well, how cool would it be to have a chainsaw-wielding zombie killer dressed as a cheerleader over for Christmas…?! Yes for me I had to dig deep into the memory banks for my choice of a Christmas dinner guest that would be both entertaining and filled full of stories. Lollipop Chainsaw was not a massive hit when it released on PS3 and Xbox 360 back in 2012, but it certainly is one that is severely underrated.

Having to fight her way through the zombie hordes with her boyfriend Nicks’ head hanging from her waist would’ve been an experience that would make great dinner conversation; which is why Juliet gets my vote for the video game character I’d most like to have over for Christmas Dinner

I had a hard time picking someone this week because there are so many great fits for this one, but I decided to pick someone who not everyone would think of and that it Ignis from Final Fantasy XV. He kinda is a jack of all trades kinda guy when it comes to this, he has some great cooking skills so he can always whip something up for dinner and he probably also has some amazing stories about the journey he made with Noctis.

So that’s why he probably is great to have over for Christmas, telling some stories of when they are kids and damn, his cooking.