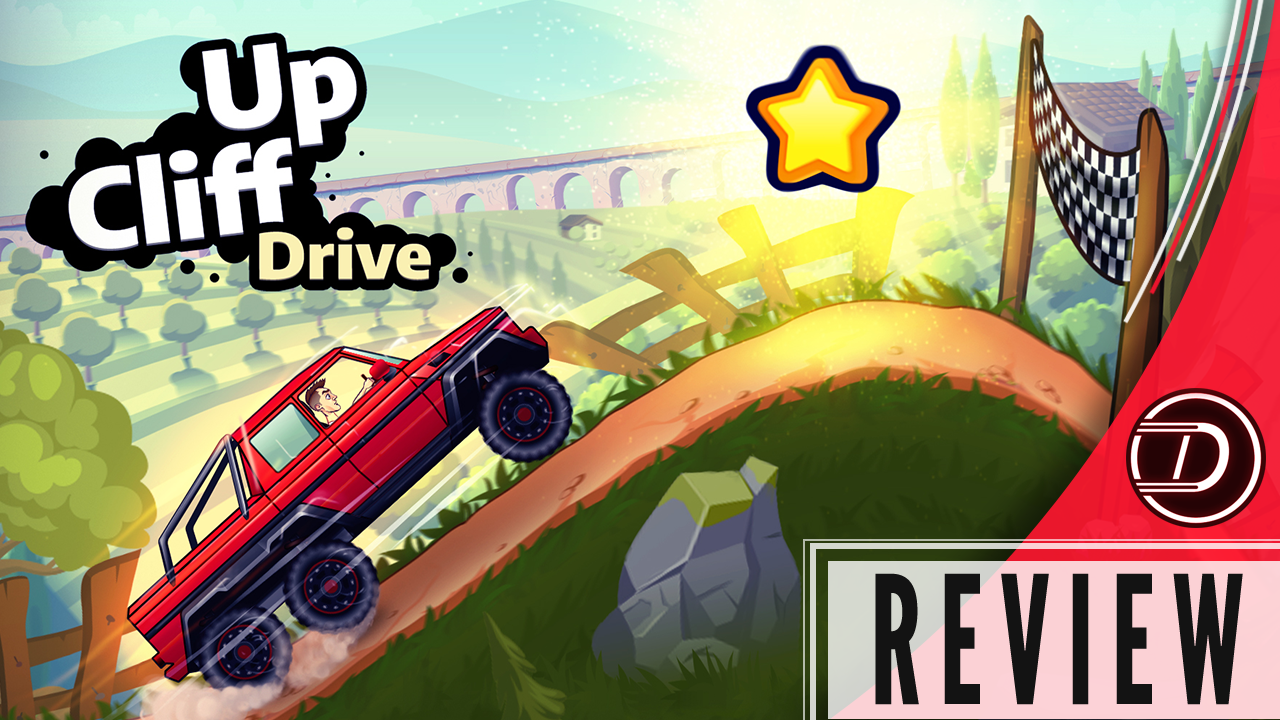 Up Cliff Drive is a phone Hill Climb game developed by 11Sheep released on the Nintendo switch in 2020. The game itself is basically a copy/port of the classic phone game hill climb racing with some different skins.

The visuals of the game are technically not that bad, but it is really just a reskin of a 2012 game, but at the same time they have put minimal to no effort into actually making assets that are different or even fit into the levels. over the course of the game starting from level 1, you will see a ton of visuals just flying above the ground a little or even the floor that sometimes doesn’t even connect to another part of the floor.

Because some of the levels are so weirdly designed it is really frustrating and a lot harder than it needs to be to complete the first few levels, with games like this you expect to replay the same level a lot to grind out coins and upgrade your car, but to be stuck already at level 3 and having to replay the same levels 10 times over and over at the start of the game makes it feel really boring, not only because its the same few levels you have to replay, but because every level even afterward just looks the same.

While you can try and collect all the stars in the levels is fun for the 1st 2 levels, after that it already becomes frustrating because of how weirdly they are placed. some of them on bridges are places so you just miss them, even when you are full stop below them, you just can’t get them. And from what I’ve played so far, the stars have 0 purposes in the game, they are just there to collect, you don’t unlock anything with X amount of starts, nor can you buy anything with them, this is a bit disappointing because there is already so little to the game.

The gameplay itself is honestly not the worst, but playing it for more than 5/10 minutes can get pretty boring and frustrating because all you do is collecting coins on the same few levels over and over again. I would have liked some more modes or have it just easier to progress in the game.

The only thing that looked really cool about the game is the cars you can unlock in the game, there are some cool pop culture references in there like the scooby-do car and the back to the future car, but by the time you get to that level of coins you probably already gave up or got to bored because every level is almost the exact same. The only thing that gets added from that I noticed are levels in the dark, cliffs, “jumps”, water and bridges, but these things are even more annoying than the base stuff from the 1st few levels.

While the game at its core is not bad, it actually kinda is the more/longer you play it for, I bought it on sale for 0,99$, and for the amount of content that is there, it’s not even worth that. You will have more fun playing the original 2012 phone game that is 100% free. There is just too much grind and screwed-up visuals in the game to actually make it an enjoyable experience.