The king of blocking has been blocked 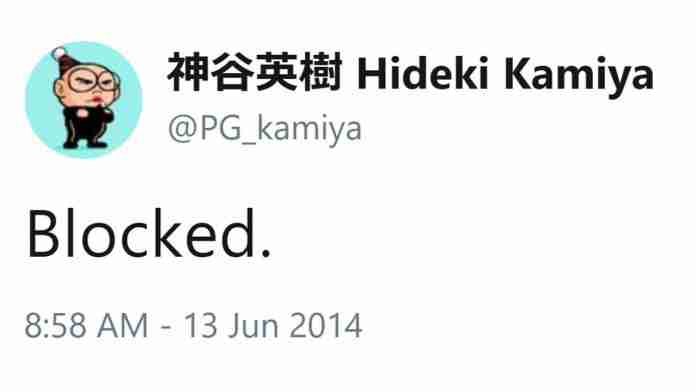 After a ton of community backlash over only wanting to pay voice actress Hellena Taylor $4.000 to reprise her role as Bayonetta in the multi-million-earning franchise Bayonetta, Hideki Kamiya has gone on a rant on Twitter that ended up with him getting blocked from the site.

Hideki Kamiya is known on Twitter as the king of blocks with probably the biggest block list that has ever existed in the lifespan of the site. After ranting about how people are “insects” and needed to follow his rule, he ended up under the ban hammer himself.

Twitter user @TheNCSmaster has probably summed the whole Hideki Kamiya and Bayonetta situation the best with the following tweet: