DEX.EXEYour Source For Games
HomeArticlesTV worlds that we would LOVE to see in VR
ArticlesTeam Talks

TV worlds that we would LOVE to see in VR 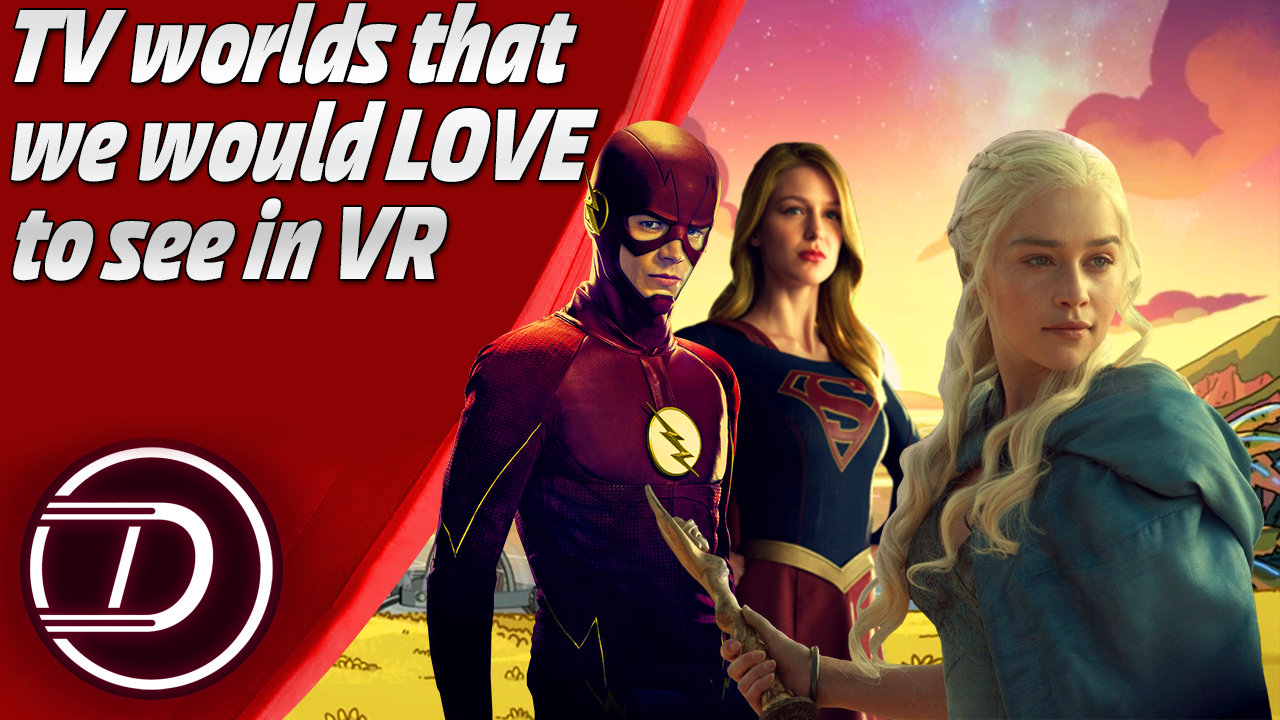 Welcome to Team Tuesday. Here we look at a recent or upcoming game and talk about something related to that game. This week we will see the release of The Walking Dead: Saints and Sinners for the PSVR. This really made me think, what other cool tv worlds would be epic to see through your own eyes in VR!

My pick this week was a hard one, there are not many worlds that differ from the real world and most of them are kinda bland. At first, I wanted to see the MCU but the tv world is not connected to the movies in cannon so that was a bust. So my next best thing is the Arrowverse, who would not wanna see a VR game where we run as fast as Barry Allen (although I would probably get sick) or shoot with the precision like The Green Arrow AKA Oliver Queen! There are just so many ways to make a game out of this universe.

The closest thing we got was the Batman Arkham VR game. Hope we can see it someday because you never know with DC, like, WTF was that cameo in Crisis on infinite earths!

It wasn’t even a choice for me. “Rick and Morty” is one of the most expansive TV universes, Although the show does take place on Earth, The two main characters Rick an… It’s in the name. They travel across space to other planets and parallel dimensions.

Rick and Morty already have a VR video game but, however, it doesn’t explore nearly as much of the worlds as I would have liked it too. There’s so much more to explore, Now that I think about it… No man’s sky in VR would be a good option as a replacement, if only it had a portal gun that allowed you to travel across the universe within seconds. But non-the-less The Rick and Morty universe is one that I’d love to explore.

My world choice is Sword Art Online. It’s an anime, based in a VR MMORPG. Except it takes so many twists and turns as the series goes on, but I mean good old fashioned, season one Aincrad. Yes, it was a death game, where if you die, you die for real, but to experience that world, in VR, without the real death crutch would be phenomenal. Playing the games have brought me joy to experience those worlds, but to actually feel like I’m IN them would be a whole other thing! If it were revealed tomorrow that PSVR gets a Sword Art Online game, based on Aincrad, I’d be the first on that hype train.

Now I know there’s a lot of other shows, some dangerous, some grounded in reality, and some just pure silliness, and a ton would make excellent experiences depending on the person you ask. As I said, so many things are possible, and maybe one day, we’ll see a lot of possibilities come to light. But as of today, we’re stuck here waiting and hoping.

If there is a series that I would love to see in a VR game, it’s “Game of Thrones” without any doubts. The fantasy scenario, the creatures, the characters, remind me of a completely newest adventure like a Skyrim one where you have to explore while facing up with random events and enemies and always discover new things about the world you live in.

While exploring, you could also do the main quests which would follow the main lore of the original saga or some secondary missions to elaborate at your best this beautiful series. Furthermore, you could also do a deep focus on some characters or enemies with some in-game objects or books too.

Well… A fantasy game deserves a good imagination but if this will ever see the light, I will buy it for sure.