While this battle-hardened bowman receives a much-deserved breakthrough, other classes also have some new tricks up their sleeves 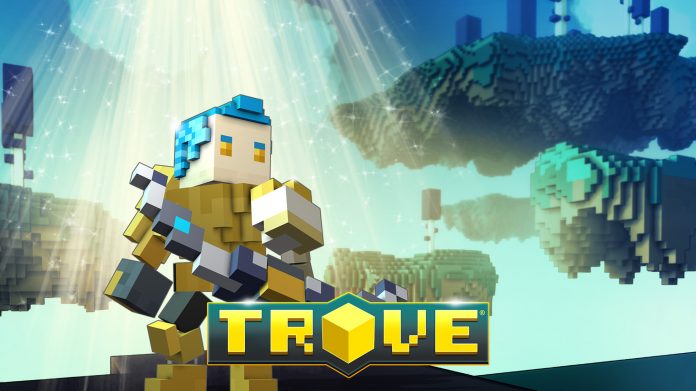 The heavenly sky above Trove is once again opening and delivering a divine light from the Sky Realm’s Radiant Ruins. The light shines on the Shadow Hunter, instantly giving them revamped abilities that will assist them in being a more effective archer. But what’s this? Stray beams of light have also touched all the other classes, leading them to be rebalanced and making this the biggest update Trove has ever received.

The Shadow Hunter’s new passive ability – Dark Whispers – makes them more perceptive to their surroundings. Hunters will periodically tag nearby enemies with a Shadow Mark, which increases damage dealt to them while also becoming visible through obstacles. Using a basic attack on marked targets will result in a small explosion dealing 250% damage and earning a Seeker. Seekers can be used with the new Shadow Seekers primary ability. Up to five Seekers can be stored and unleashing each of them increases the damage per Seeker.

When a regular-sized arrow just won’t finish the job, the Shadow Hunter’s Sacred Arrow Ultimate Ability should do the trick. Unleashing this large arrow of pure energy deals 300% damage every 0.5 seconds for 7.5 seconds, piercing through targets and blocks. While this ability is held down, arrows will fire continuously until all their energy has been used. Damage over time effect can be stacked multiple times on the same target. The only downside is Sacred Arrow greatly slows the Shadow Hunter down, but who needs agility when you’re blasting enemies away with pure energy?

Trove’s other classes have also been updated to shake up the overall meta play and offer a more balanced experience. For example, the Boomeranger’s attacks have been buffed considerably, while the Gunslinger had some of its attacks debuffed. Trust us when we say the updates are plentiful.

To round out today’s patch, combat updates, the new Temporary Styles collection, automatic private delve resets, and more have been introduced.

Information on additional improvements to the Shadow Hunter, other classes, and other various updates can be found in our patch notes. Today’s update is for Trove’s PC version with a console update expected later.