Trophy Grinds That Were Not Worth The Reward 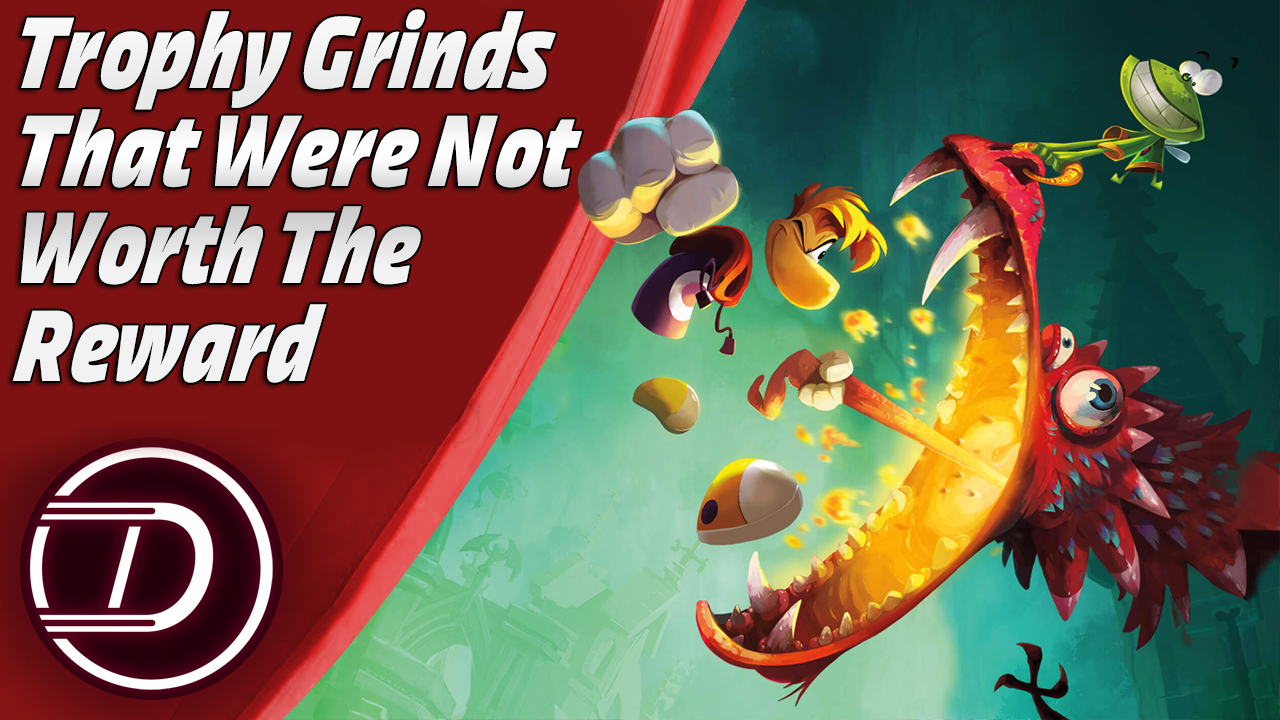 Welcome back to another team talk, where we share some stories, good and bad, and share our deepest and darkest gaming secrets (sometimes at least). This week isn’t really a week where we base it on a game release like most of the time but this time I was just thinking about some of the past games I played and thought by myself: “This really was not worth the grind”.

For me, it’s currently still going on and might not be done for a while, but the PVP trophies in Neverwinter. 500 captures and 50 wins take ages, the PVP of the game is kinda dead so we have to boost it, but you also need 10 people otherwise it will take ages. So we have been trying to get 10 people for over a year now….

You would think for all that hard work you would get some cool gold trophies? Nope, just bronze…. and it’s DLC so it won’t even go to the platinum either…..

During my trophy hunting career, I did a lot of grindy games, but there are a few that made me crazy.
One of these was, for sure, The Tomorrow Children. It was free to play and it was fun at the beginning even if I’ve never got how to really play it.

However, the grind needed for a couple of trophies was totally unworthy and unrewarding as they required a lot of time and there was no platinum at the end…
I don’t remember how many times I went back and forth to collect matryoshkas and minerals to level up since it was the fastest way to earn XP.

Furthermore, I was tight with time due to the server’s closure so I had to focus tons of hours every day which transformed everything into an awful nightmare.

Firstly I’m not scared of a grind, I’ve done a few platinum’s that were pretty long about 300+ hours like Dead By Daylight that I continued to enjoy regardless of how long the trophies took, DBD was a great game! However a very similar game I do not feel the same about… Friday the 13th. And like Dex it is one I’m still working on today, 3 long years later! The grind to 2,000 matches is real. And mind-numbing. And insanity inducing. If you think ‘ahh 2k matches that doesn’t sound so bad’… You are wrong! Each trophy always seems to take forever and take much longer than expected to get to. You can boost it with a friend who is willing to just die for you on repeat but I don’t know if it’s because of all the load screens & intro’s & outro’s that makes even the boost trophy grind get so old so fast. I always just want to claw my own eye-balls out after only like an hour or 2! I am a little conflicted though because I of course adore the franchise, such iconic horror films, and you could also say maybe the grind IS worth it to earn an amazingly low ultra rare platinum that only 0.91% of the population have! But, I’m sorry the detriment to my sanity outweigh’s the good! So for making me go cray cray, you are my pick Friday the 13th, you ain’t worth it mate!

I recently in the past couple months got back into working on one of the older games on my back-log, Rayman legends. I wouldn’t say this wasn’t worth the grind, as I am happy I got all the trophies, However, the trophy “Truly awesome!” was way to long too much of a grind to be enjoyable. having to log on everyday to do challenges and then to have to score as high as possible to get the most points. I’m fortunate that I’m quite good at the game and got lots points for being in the 1% of players. I’m glad this is done and over with, I don’t think I want to play Rayman legends ever again after such a grind.

Have you ever done a grind in a game that took forever, and you just wanted it to be done, then PLINK, there it is. You get excited, you jump up and down, then you see, all that work you did, was only for a bronze trophy!? Then your TV, and system, and cat go flying out the window, just like a sketch out of a sitcom! Recently playing Star Ocean 3, this game is one that did such an evil file thing to me!

The trophy is called “Bunny Betting”, and requires you to basically gamble. Think of horse races, except it’s with these giant, monstrous, pink bunnies. You get points if they Bunny you bet on wins. You need something like 1,000 points total, but you only get 5 per win or something. I can’t remember the exact amounts, but you lose so much in the races! So I sat here for a week, tapping X on my controller, carrying it around, watching my bunny lose again and again and again, and I couldn’t do anything to help it win. This can take 50-100+ hours depending on your luck. Then when you have finally got enough points from winning enough races, you go to the prize table, and get the item needed for the trophy, to only see a bronze trophy pop. A BRONZE TROPHY!!! IT WAS AWFUL!!!!!!!!!!