What did the Fox say again? 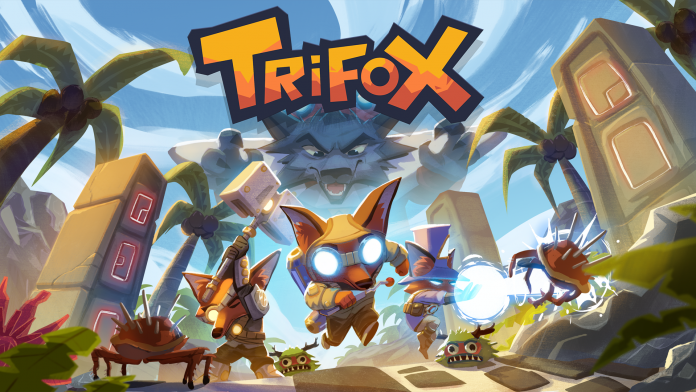 A game with cute foxes, great gameplay, and a fun story what could go wrong? Here are our Trifox First Impressions (PC)!

Trifox is developed by Glowfish Interactive and published by Big Sugar. It will come out for PC, Playstation 4/5, Xbox One/Series X|S, and the Nintendo Switch in 2022. Want to try it out now? There is a beta going on from February 21 till March 4th. To sign up go ahead and sign-up via their Discord: discord.trifox-game.com.

Let’s start off with some of the more negative points, and there are not many. My main issue was the camera angle and the controls. The camera makes stuff sometimes super hard to see, especially in the corners and at the bottom of the screen. Sometimes you will need to go down or behind something and it’s just almost not visible what you are doing at that point.

The 2nd negative point is the controls. it might just be a me issue because I have issues with games that use this control scheme more, but I don’t really like how the speed boost thing works and the aiming with the mouse. Sometimes I tried to jump on something and it just took me a few tries to get on top of it, this was especially annoying during battles.

The game is a lot of fun to play but its story is a bit meh, it doesn’t really explain much other than that some tv box got stolen, but any real reason is just not there. Same as when you get your powers, you randomly just kinda get them without having something story-related to it. The game makes you follow some big pirate guy but at the end of each level, he just gets away.

The world selection kinda reminds me of Crash Bandicoot, even with the art style of the game. Every level starts and ends with these portals and you need to step on a button to activate the portal to activate. The Combat is a bit basic but it is enjoyable at its core, just a bit annoying to control sometimes.

Colorful and bright is the best description I can give when I think of the game visually. the colors just really pop and its art style is fun and bright. The sound of the game is just kinda basic, it is there but it just goes in through one ear and out the next and you don’t really notice it.

I recommend everyone to try out the beta while it lasts because it can be fun if you like these types of games.