The Weird World Of JRPG Gameplay 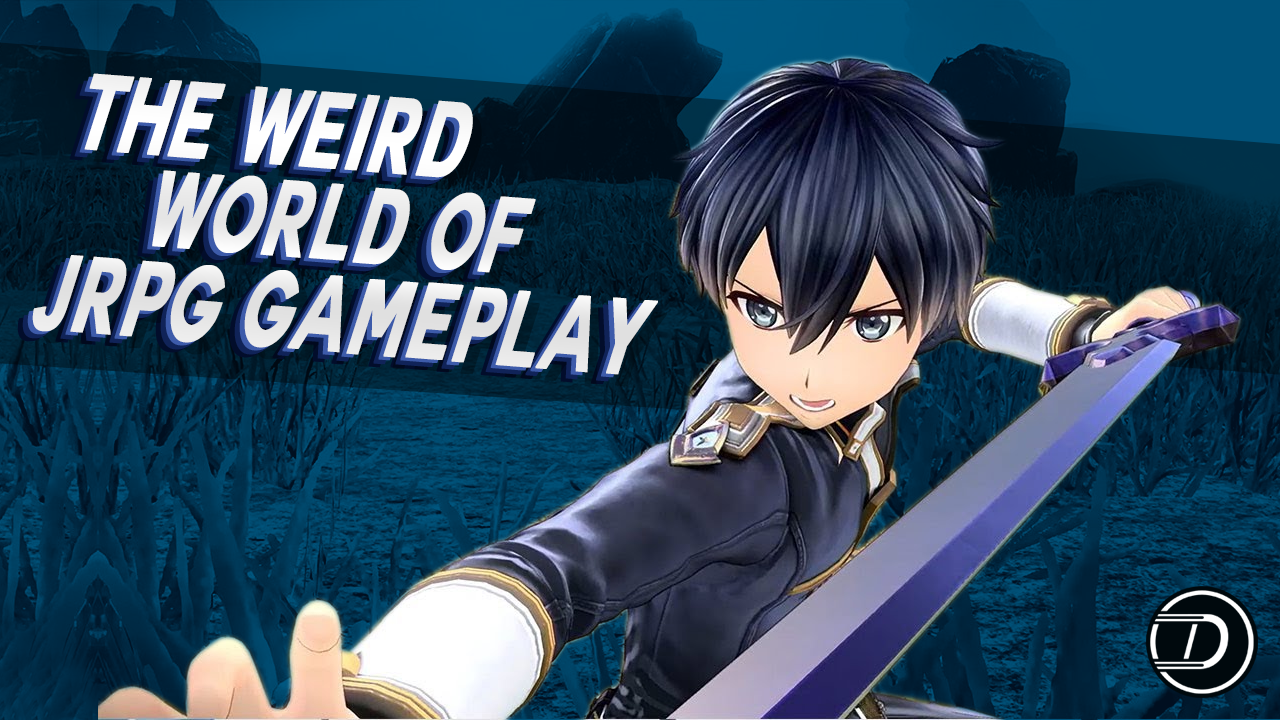 JRPGs are such a weird sort of genre. You walk around a world map, roaming through dungeons, expelling evil from the world most of the time, and it doesn’t get any more interactive than just pressing buttons on a menu, and then seeing your character do the move you set out for him. Sometimes you have some JRPGs that are more action-oriented, like Sword Art Online, or Tokyo Xanadu, or more strategic games like Disgaea. But then you have the slower, more thought-out games, like Final Fantasy 1-6, or Legend Of Heroes, or Earthbound. They’re all the same little gameplay functions. Encounter monsters, pick an action you want the character to take, watch it all play out, rinse and repeat. But there’s something there, in every single one of them, that somehow makes or breaks that game.

I’m sitting here, playing Dragon Fantasy Book 1 on my Vita. It’s an homage to NES-era JRPGs. So Final Fantasy, Dragon Warrior (which became Dragon Quest), and I’m somehow so enamored and enthralled by it, and I can’t wait to play more of it, when I don’t get a chance. Yes, I’ve played it, but that was years ago, and I found myself coming back, because it always sat in the back of my mind. All I’m doing is sitting here, mashing X, watching the motions play out, and I’m ready to keep going. But yet last month, I played two Atelier games that were basically the same thing, and I was bored to tears. Why? I wish I knew. The writing was better, the game looked much prettier, the gameplay was the literal same friggin thing! But I couldn’t enjoy it. Same with a game like Final Fantasy 12. If you never played it, it’s like Final Fantasy 15, except you don’t get to attack yourself, and you have an action bar, showing when you can attack. I never enjoyed the gameplay. Basically the same as normal Final Fantasy, but just a touch different and it never stuck with me. So what is it, that these random games have that others don’t? Are some just way to complex? Are some just so simple, that the simplicity isn’t as simple as pure basic, that it somehow ruins the game in turn?

Then you have the Sword Art Online games, as I mentioned earlier. You get to mash the square button to attack the enemies, and you have a whole smorgasbord of skills and weapons to use and find. But at some point, you find YOUR way to play. Whether it’s three skills you mash over and over, until your thumbs bleed, and it’s dislocated. But you can spend hundreds of hours enjoying that tiny nuance of gameplay. But yet Witcher 3 is the same way to an extent, but that just isn’t for you. Is it the speed of the gameplay? Or is it because of say the anime aesthetic? Then when you have a JRPG that breaks the traditional gameplay loop, like Final Fantasy 13 for example. It’s shunned and considered a black sheep. Now there are more reasons than that why it’s so despised, like people hating my girl Lightning, or thinking Snow is a stereotypical macho-man, but I love it. But it broke traditions by being linear. Superlinear. Until three-quarters of the way into the game, when you finally hit an open world. But if you look at Final Fantasy 10, it’s way more linear, but it’s heralded as one of the greats. Why is that? Gameplay is the same, some of the characters were god-awful, but it has something that 13 didn’t? Gameplay? Who knows! That is my point though. How can you love the gameplay of one game, yet hate the gameplay of the next, when they’re basically carbon copies? It’s weird and beautiful and annoying, but that’s JRPGs baby! It doesn’t make any sense! We’re all here for the big anime-style boobies anyways right!? Or is it because this is how some people get their “anime” fill? Who knows! I never will, but I will continue to play them, like they’re the world’s greatest invention, right next to sliced bread! That’s because at the end of the day, they somehow bring me peace, and tranquility, even if the gameplay of some Infuriate me or put me to sleep, whether it’s because they’re too basic, or not basic enough, or so complex you need to spend 3 hours researching it all before you can even play! I’m looking at you Sword Art Online Hollow Fragment. You know what you’ve done!

Then you have the last and final JRPG that I honestly half skipped over, the Strategy-JRPG, or SRPGs as they’re known. The likes of Disgaea more than anything. They start out super basic so anyone can pick them up. But they have such deep gameplay mechanics that you can spend hours delving into, to understand it all, and still not get it. Until eventually, it just clicks. There was one game I played in 2019, called Record Of Agarest War Zero. It was a Strategy RPG, and it starts out basic. Then you eventually get into system mechanics of spacing out characters a certain way, so they can chain moves, deal high damage, and so on and so forth. I struggled hard for 200 hours. Until eventually, something in my mind just clicked, and that was it. I instantly knew how to do everything, and when, and why. Unfortunately, compared to the other two styles of JRPGs, this one is not very common. Maybe it’s because the gameplay was too hard? Or it’s just dated at this point in time? Or no game does it like Disgaea does it. But if something did, would it have that “thing” that makes some games great, and others not so great?