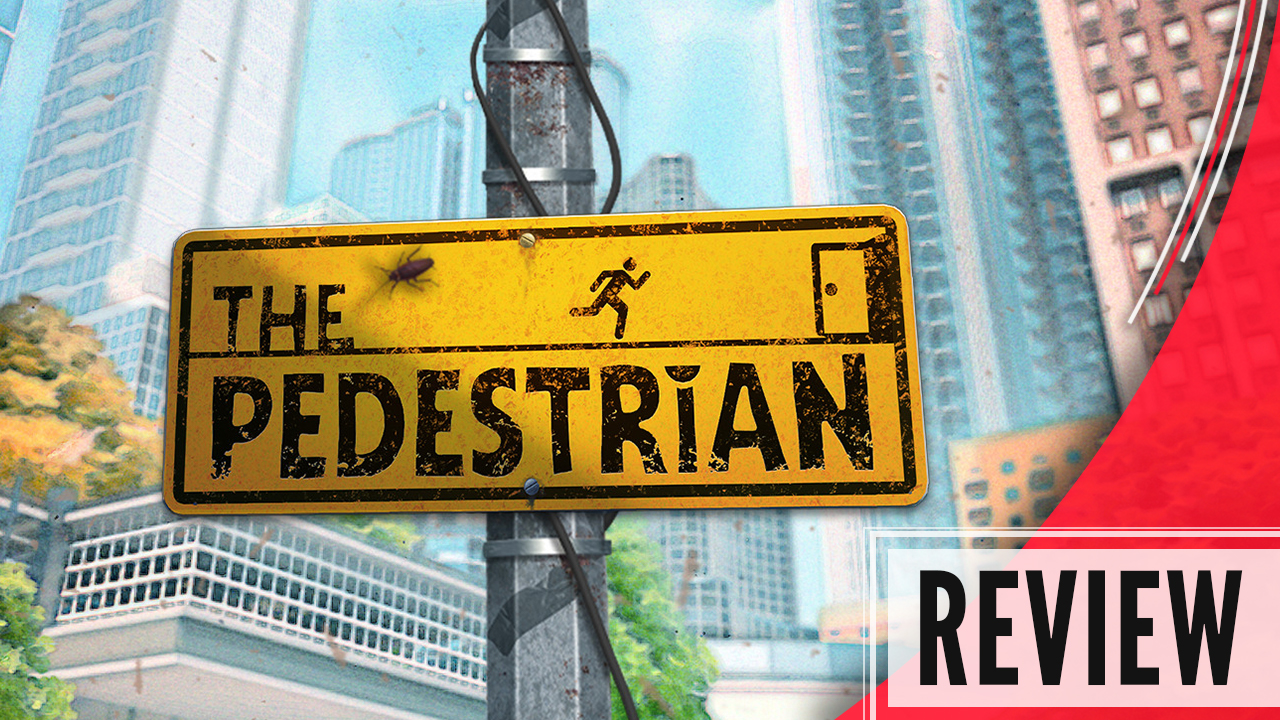 The Pedestrian is a semi-linear puzzle game that lets you interact with the world in a ton of ways, with even some really unexpected ones. The game is Developed and Published by Skookum Arts. The game is currently available for both PC, PS4, and PS5. it will also launch on Nintendo Switch, Xbox One, Series X/S at a later date.

I got so much to say about this game but at the same time so little, and that’s because almost everything about this game is perfect. The game really shines in the gameplay, you are basically a stick figure that needs to solve puzzles.

The puzzles are most of the time very simple but at the same time, you really need to think about some of them. You need to collect boxes, wires you need to change the tiles and reconnect them so when you have 0 ideas what to do on a puzzle it can become a real mess to figure out.

Every world introduces a new mechanic, this can be lasers, paints that lets you save a tile, jump pads, and the most surprising one, a 1st person interactive puzzle that just adds a whole new element to the game and makes the game that much more of a mind turner.

In the 1st person part of the game, it totally flips the mechanics of the game on its head and instead of the stick figure running from board to board, you need to bring the stick figure to the boards. But, the boards you interact with, change the world and bridges across rooftops, you can pick up and place keys and boxes on different places so they also change on the board to a place that is easier to reach for your stick figure.

The visuals are also really special because you are a stick figure you would think there is not much to it but it is so much more than that. You walk between areas and you can see some truly beautiful outside areas. Every level has its own style and place in the worlds and they transition perfectly into each other, while at the same time not at all, but the way they did blend it makes if feel really satisfying. After you complete a world you go on a train or elevator that sends you to another level, so you expect a change in scenery but not always as much.

There are a few worlds that really grabbed my eye, this being the School area, mid-city area, the neon/cyberpunk style area, and of course the 1st person area. From the 8 levels that are in the game these are all so different and the same in so many ways. The visuals are so crisp and the sounds are so immersive that you just get pulled into the world of that stick figure.

Sadly there isn’t really a story that I noticed myself, but that kind of makes in up replayability, the puzzles are kind of a 1 and done, but at the same time I wanted to reply it as well just trying to maybe get a faster time, making this a game that might be fun for speedrunners to test their puzzle skills and get the fastest time possible.

With amazing visuals, some hard mind-twisting puzzles, and surprising mechanics I can’t recommend this game enough. Every second you spend with the game will be fun and exciting. This game is a real gem.