The Most Visually Stunning Games We Ever Played 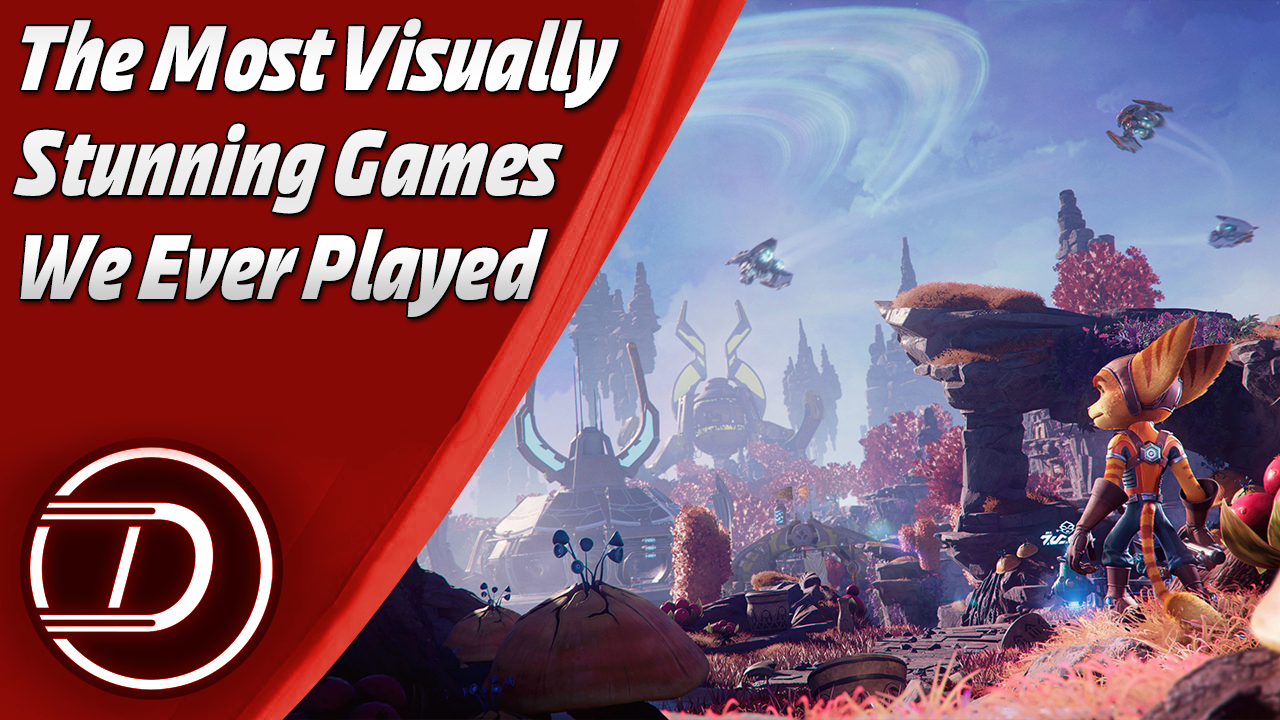 Welcome back to another team talk, where we share some stories, good and bad, and share our deepest and darkest gaming secrets (sometimes at least). After playing Ratchet & Clank: Rift Apart the whole weekend I can’t help but be amazed by the graphics of the game, this really made me think about cool games and had the rest of the team talking about some games they thought looked amazing when they first saw them. So that’s why this week we are gonna look at some of The Most Visually Stunning Games We Ever Played!

Now there’s a subject of conversation… What games have we experienced that are the most visually stunning…?
Now my gaming history goes way back, and having played a significant amount of game I feel that there’s a hidden gem in the back of my mind somewhere….

I have however gone for a more recent game that actually blew my mind when I first played it. This may not be a game that would ordinarily stand out, but the 2019 version of GRID was absolutely mind-blowing to me.
It wasn’t just the way it looked in the distance, but also the close-up attention to detail was something to behold, not to mention the flashbacks it gave me with its simplicity of designs from yesteryear.

If you are looking for something that you’ll be able to see has given someone so much joy to be involved with, then I highly suggest that you check this one out!

With E3 showing off all of the new and pretty games, we’ve decided to ask ourselves the question, what is the best-looking game that you’ve ever played? I know to some it’s Last Of Us, or the new Ratchet and Clank, or even some obscure game, but for me, that answer is without a doubt The Order 1886!

This game was released in 2015, and sure it may have been a short game, it was oh so beautiful. I just replayed the game last year, and even then it was still one of the most visually pleasing games ever to me. Even if it’s now 6 years old, I still can’t believe how much they pushed the hardware. What I would do to be able to get a sequel that looks even better!

Games with stunning visuals and the Playstation 5 go hand in hand, and of course, I’ve been playing Ratchet & Clank: Rift Apart this whole weekend. The game is actually one of the most breathtaking game I have ever seen. The graphics look just so realistic and the hair looks like actual hair. Every moving part of the game and also the things that don’t move are just so stunning and I just keep being amazed by all its glory.

There is a weapon that spits out easter eggs to other games and even though those items look nothing like the cartoony look of the game, those things still look photorealistic, unlike anything I have ever seen!

Want to know more about the game? why not check out this amazing review from Techraptor.net while we are still working on one.