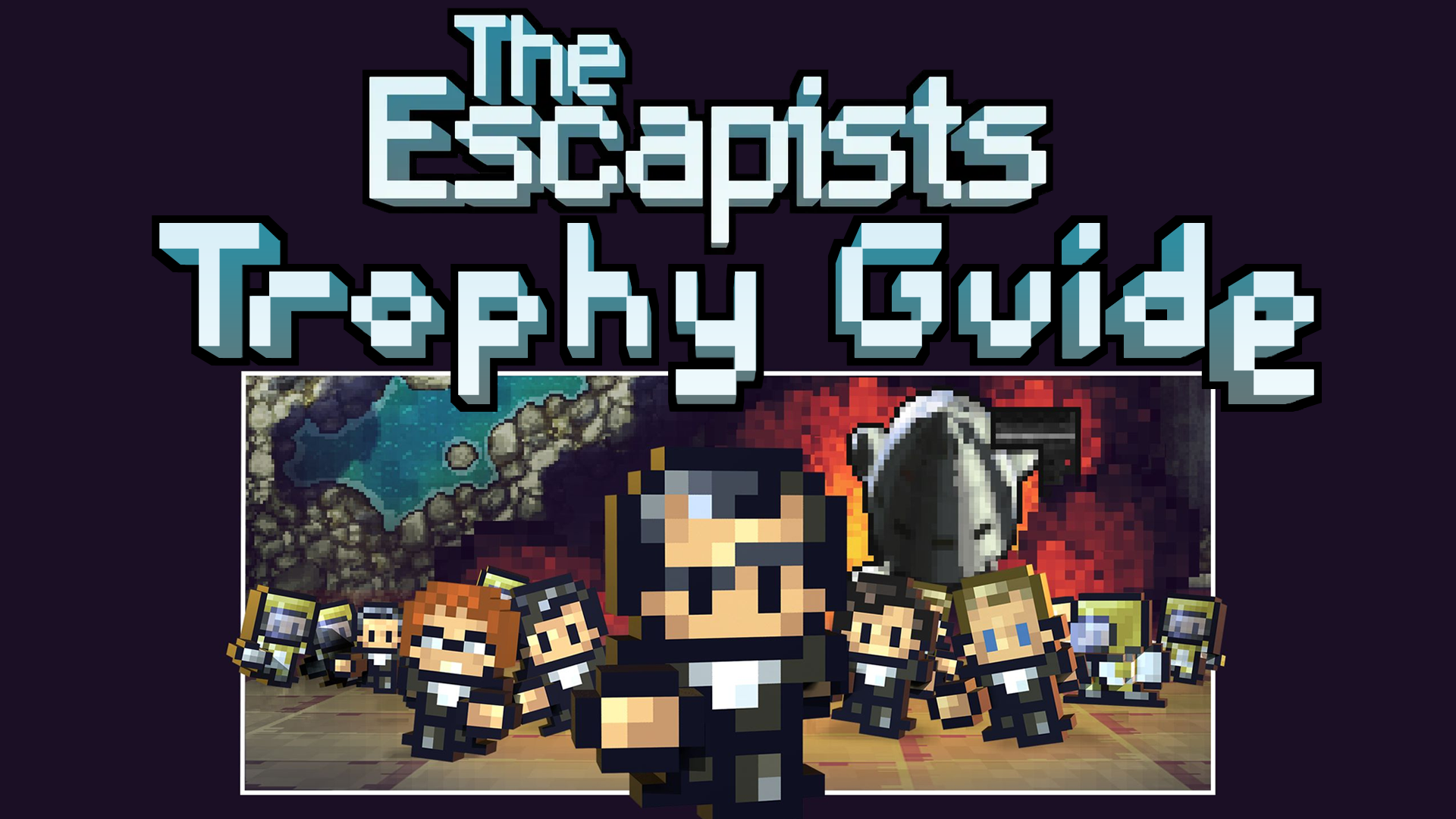 Welcome to the The Escapist Duct Tapes are Forever DLC Trophy Guide! “Duct Tapes Are Forever” is a short DLC add on to The Escapists. You must escape the spy prison with lots of guards and heavy security.

Step 1: Get Familiar With the Level, Then Escape

Use the first day to walk around the prison and learn the layout. Make sure to be friendly with your inmates so you can have them beat up guards for you later.

After the first day, you’ll want to work on escaping the prison. Refer to

Spy Hard for details of escaping the prison.

The Voice Of Reason

The Key to Success

On Top of the World

During role-call on either side of the area, there will be signs that you can interact with, one of which is shown in the image below. Once you interact with one of the signs, the trophy will unlock. 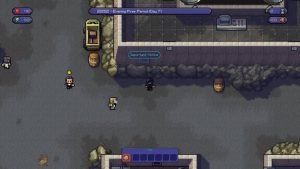 The evil villain’s seat is located in the room that is locked by a “Cyan Key” on the top left side of the map. There are 2 ways to get inside this room. 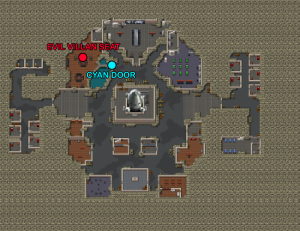 For this method, you’ll use a technique called “mobbing” for this method to work properly you need to have the other prisoners think highly of you. When you press

you can go to their statistics tab and see the “opinion” stat. When you have an opinion stat of over 90% You can press

to have them accompany you and then you can have them all attack a guard and then you can get keys from them once they’ve been knocked out. You can use 2 sheets from the cell beds to craft “sheet rope” these can be used on the knocked out guards to keep them from getting up, as if a guard gets up before the key is returned to their inventory you will instantly be reset to the next day and lose any contraband in your chest and inventory. Once you have the key, head towards the cyan door and quickly get into the Evil Villain’s room and sit in the Evil Villan’s Seat.

This method is based on the popular film of the same name. Dig your way through to the seat. This is the best overall method to also escape the prison. Using posters you can move in and out of the room easily

To craft a poster, Duct Tape + Purple Magazine = Poster. Duct Tape is a contraband item and so the poster should be crafted before going through a security detector because the item it crafts is non-contraband.

The image below shows the location of where the poster would be put in order to access the area where the seat is located and also used to gain access to the walled-off room with the needed crafting material(s) to escape. Look at

Spy Hard for more information on this. 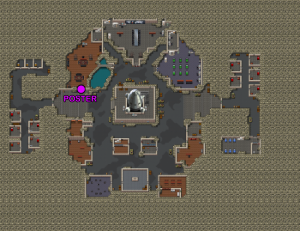 In order to escape the prison, you must use the materials in the special chests scattered around the prison to craft the items needed to escape. These items are listed below.

Memoir Tape (Randomly found on guards) + Tape Player (Found in the ‘?’ box in the guard area behind the Red locked doors) = Voice Recorder

Found in the top right room accessed only by using a guard outfit. 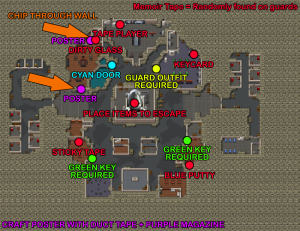