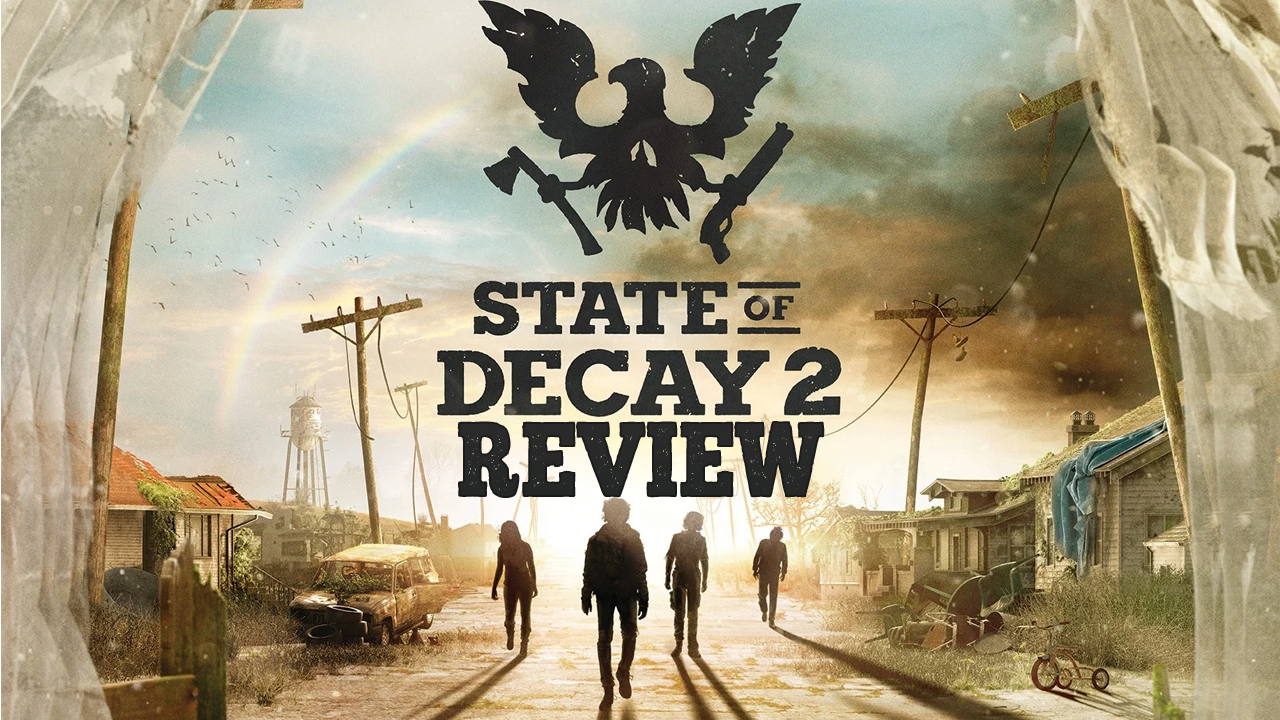 State of Decay 2 came out back in 2018 and was made by Undead Labs. Before playing the game I had some high hopes of the game. I started playing State of Decay 1 because my friend and I wanted to play something in co-op. Soon after starting out we found out that wasn’t possible in the first game. We did totally love playing the start of it, so off to the second game it was. We began to run into some kinda big issues that made the game sometimes unbearable to play. I did try playing both on Xbox and PC to see if I had no issues on the other version but no, still some major issues where I will go into later on.

When you first start up the game you need to do some small tutorial where it explains the game in small bits. This is the most linear and best part of the game, it’s clear, it gives info and its enjoyable to play. That is the only part of the game that gave me any hand-holding. After that, I got thrown into the main open world without really knowing what to do with some rucksacks with some items. This wasn’t great or fun at all, I would have liked to have given at least a bit more information while playing.

The gameplay is amazingly boring. The only thing that you can really do is loot houses, remove infected houses or shoot an infected heart. This gets incredibly boring really fast. You can also do some side missions, this doesn’t give you any advantage other than just taking up some time and maybe getting in the green with some other settlements. And finally, you can do a few main missions, there are not many and it’s kinda confusing to figure out what the side missions are and what main missions are.

Another part of the gameplay is creating and buying new settlements, I didn’t really understand what I had to do with that because no information whatsoever was given about that. You can add some things that give water and medicine. This wasn’t needed after a while because of some glitches we came across while playing. Out of nowhere trucks started to duplicate and when you put stuff in one of them, it also came into all the other trucks, so after a while, we just put stuff in 1 of them and kept emptying out the other one.

The gunplay in the game is minimal to none. Using a gun in the game attracts loads of zombies, you don’t want that, so you can only use guns when you have a silencer. Bullets are pretty limited in the game so getting a gun that sprays and shoots fast also isn’t a great option to use.

Did you finish the game? Great! let’s delete the save and make you start a new one, unable to access the old save. I wanted to explore a bit more and maybe do some of the side missions but no, that’s not possible. more about that in the “replayability” part.

There are 3 types of bigger zombies. The titan, its a fat bullet sponge that deals a lot of damage. A fat gas zombies, that one explodes when you punch him and then you get poisoned for a few seconds and if you drive over him you need to get out of the car because gas apparently sticks to the outside of cars. And finally, there was a fast zombie that had a lot of health but can be killed with 1 headshot. Do you like a character a lot? Don’t play with him. The Titan can just come along, pick you up and kill ur character in 1 go, nothing to get him back or to stop him from dying. There is also an infected red zombie, those can be removed from the game by destroying the heart or something.

only 1 word for it with the Xbox One version. Yikes. In some areas, the game looked worse than good looking PlayStation 2 games. the open areas with not much stuff in it looked so bad as if it was only supposed to be a background feature to look at from a long distance.

The PC version, on the other hand, looked pretty good, the game had some nice shading and the areas looked great. I wish i had played this version, more on that in the Major Issues part.

So you have completed the game. You most likely want to go back and play a bit more in the world you build and with the stuff you collected right? well, the game deletes your save, so good luck starting all over. The only thing you get is the characters from the save but you do need to restart. It also gives you some special legacy character from the story you completed. There are 4 different legacy characters so I guess you can redo the game a few times to unlock those.

Didn’t really notice a story in it other than the start. Sure there are some characters that need help but that was about it, it kept cycling through the same stuff and dialogues.

I expected an epic final mission with a bit more zombies or just hostile NPCs. Where they there? Nope, I walked to a building, climbed up a ladder, shoot the “big bad” 1 time and that was it. Game over. Game Completed. no cutscene, no extra dialogue about it, the game just cuts to black and deletes your save.

So this game still has some major problems and glitches that games should not have after 2 years. On PC I almost could not play the game. The input lag was terrible, every time I wanted to do something it did do it right away. This made me stray away from that version pretty quick, so back to the Xbox One it was. I wanted to try it on PC because the Xbox version had so many issues.

On the Xbox One, there were some massive lag issues. Cars are undrivable because it just stutters, rubber bands and even just teleports you into the sky and launches you away and then just puts you down again. There are also invisible zombies that only the person you play within co-op can see. I knew about console exclusive content but didn’t think it would go this far with person exclusive visibility.

Oh yeah, and it keeps crashing every 30 minutes in co-op. So have fun with that.

State of Decay 2 can be fun in co-op but is a glitchy mess that can become unplayable from time to time. I would avoid this game if you are not sure about buying it. I would say you should try it out with a friend if you already have gamepass.