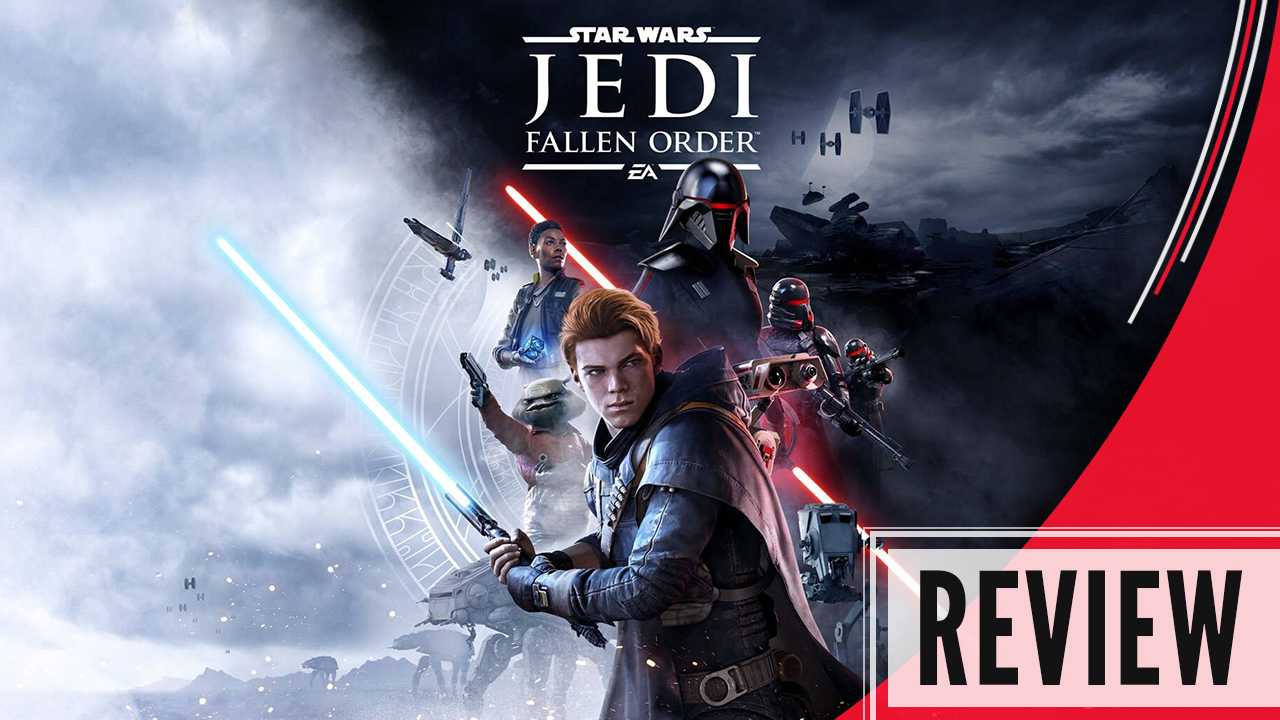 Star Wars Jedi: Fallen Order is an action-adventure game (with a little bit of souls-like gameplay) developed by Respawn Entertainment and published by Electronic Arts. The game is currently out on Playstation 4, Xbox One, PC (Steam, epic, and EA Origin), Google Stadia (at time of release FREE with Stadia Pro), and soon also get a Playstation 5 version.

The story starts off with you as a prisoner on some scrap planet, but nobody knows that you are a Jedi, stuff is about to go down and you have to use your powers to save your friend. This will get the protagonist caught and in big trouble. Luckily you get saved by a former Jedi and you and the crew go around the galaxy to try and find the map that shows all other Jedi around.

the story kinda misses its drive and makes it feel very meaningless itself. But the side story felt more like the main story than anything else. The character progression in the game is great, but at the same time it really holds back the game in terms of gameplay early on, because the main character basically knows nothing, he can only swing his sword around and nothing else…. not even double jump.

While the story might not be that amazing it’s really worth sitting through because during the 2nd half of the game it really picks up its speed and especially during the final planet and boss battle you will be blown away with how amazing it is.

Like I said in the story part, the gameplay is held back a ton early on in the game. The further you get into the game the more things you unlock that you can do, like wall-running, double jump, using the force, etc. This really did not help with how the game is played and got super annoying while trying to get all the collectibles. I understood that you need to unlock new gameplay features throughout the game, but removing basic features just made the game a lot less enjoyable.

The basic gameplay that you do have at the start is just using your lightsaber, although it is fun to slice some enemies up in the beginning, this gets boring pretty quickly. The game really starts to shine in the combat in the late game, you get 2 lightsabers.

The saving system and the dark souls type game style really fitted the game and really made me appreciate the souls-like games a bit more. it really is a “kids 1st souls like” which is a nice and easy way to start getting used to the type of gameplay.

There is also a kind of bounty system but that felt like it got added on at the last moment, they are just some different-looking enemies that are hunting you down for money, but they are neither strong nor feel like a threat to you while you explore the map. But this system doesn’t really do anything for the story or gameplay in any way.

The visuals of the game are truly amazing, every planet has its own feel to it and makes you feel like you are actually being in the star wars universe. Sadly there are some world design problems that make the planets also really annoying, the game is a weird hybrid of a linear and open world, but most of the planets are so linear that there is a ton of backtracking and walking back and forward if you are going for the collectibles. When you are done in that world with the story itself as well you just need to walk all the way back.

This also kinda falls back to the replayability of the game. If you experienced it once, you have kinda seen it all already. You have seen every corner of the map when you have gotten the platinum/100% and you have 0 reasons to explore anything else because everything is the exact same sadly.

I did enjoy my experience with the game just for the payoff with the amazing ending the game had. But throughout the game, I felt a lot of boredom as well. The visuals do feel nice and if you are a fan of star wars this will be right up your alley.