Space Adventures We Would Love To Revisit 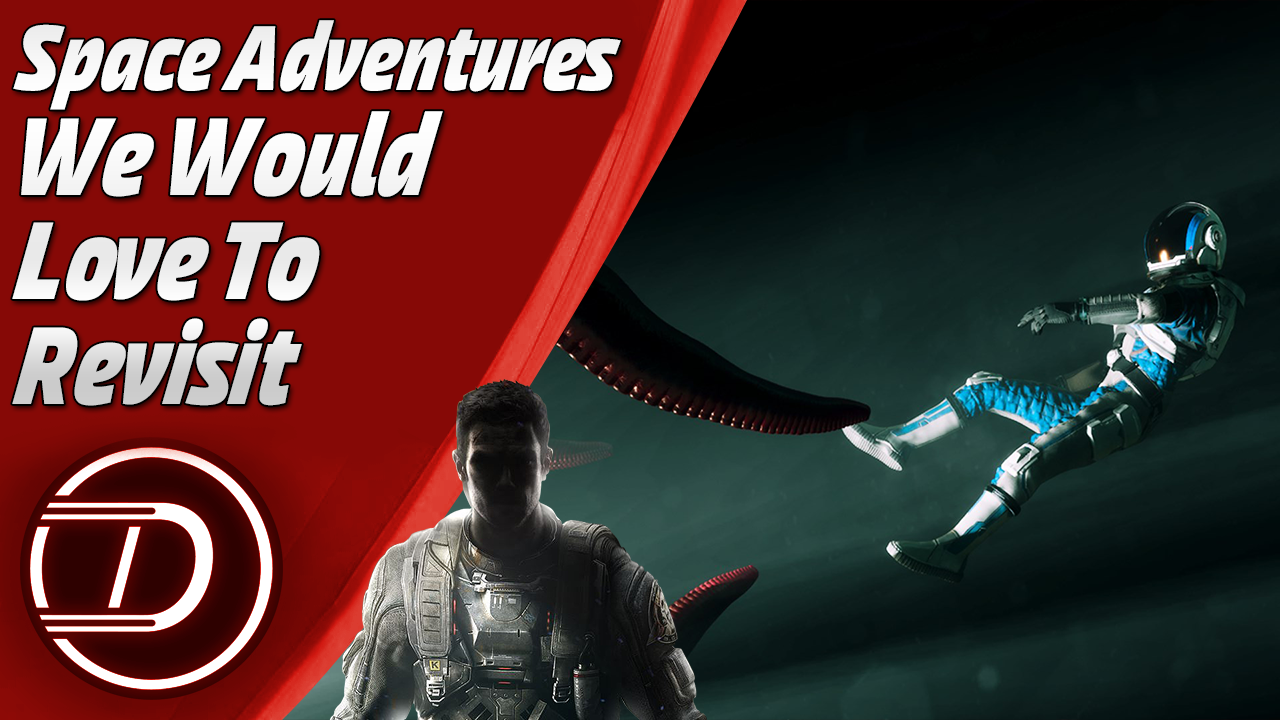 Welcome back to another team talk, where we share some stories, good and bad, and share our deepest and darkest gaming secrets (sometimes at least). This week we will see the long-awaited release of Mass Effect: Legendary Edition. Here you can revisit the classics with updated visuals. But what are some other Space Adventures We Would Love To Revisit?

Space games are not always the games I like to play, I just was never really a fan of sci-fi stuff. But there are 2 games that I do really like and take place in space, the 1st one being of course the ratchet and clank series (especially deadlocked and 2) but I already talked about those 2 weeks ago, so let’s talk about another game I really enjoyed.

For me a game I really loved but others really didn’t is Call of Duty: Infinite Warfare. It’s not that old but I would still love another space game in the Call of Duty franchise, it just was fun if you didn’t play for too long. The story was great (other than the villain, yikes), the multiplayer was pretty decent as well on some maps and it will for sure bring back some great memories when I ever replay that game again.

I’ve been wanting to go in for another go of Moons Of Madness since I saw there were some new/other region stacks for it. I do love games that play with the mind, involving a little madness, cuz like our friend from Psycho said.. We all go a little mad sometimes 😉 Of course the cosmic horror part of the moons of madness story is pretty cool too XD
From what I remember the game was pretty neat, good graphics, good atmosphere, good story. It’s about a classic scenario; While you all alone explore the darker side of Mars you begin losing yourself to the expected fears and feelings of isolation and paranoia, with visions and hallucinations not being sure if your mind is playing tricks on you or if supernatural/extra-terrestrial elements are really at play… Who knows… Maybe you are just slowly descending into madness? You’ll have to play the game to find out 😉
(PS Honourable mentions to my two old favorites Alien Isolation & Dead Space! I will happily replay them any day!)

With the release of Mass Effect Remastered coming real fast, we’ve been having the discussion of space adventures we’d love to re-visit. This one took me some time. Because I revisit things like Dead Space every year. I want to replay the Alien Breed series, but there is one particular game that I really want to revisit, that’s a space game per se. That game is Alienation!

Alienation is a game that I love on paper. But in execution, I could never get into it. Maybe it’s because I played it at the wrong time. Or because I never had friends to play with? Who knows! But now that some friends have bought it, it’s definitely something I want to get back to. I’ll just have to get over the fact that the game can never ever pause! But it’s okay. With friends by my side, they can defend me!