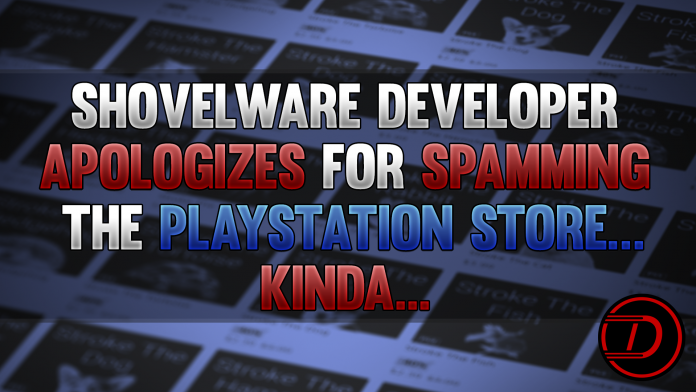 Shovelware developer Game Achievements Ltd (Stroke the X games) posts apology on infamous trophy hunt community site PSNP after PSN shovelware/spam game policy changes that changed the store for the better. In the apology, the developer says he does plan to keep continuing development on spam games with both DLC and new variants.

In the statement posted, the Stroke the X developer tells its readers that they are actual “games” and doesn’t want to remove its games from the PlayStation store because he considers the published title’s history and sees it as a way to improve. Instead, they plan to release 3D versions of the games to spam X on to unlock another easy platinum.

After defending the games for months and even last week after the policy change, PSNP users have pointed out that the developer probably didn’t come to the conclusion himself and that these games should not be considered “history”.

While the developer does now also adds quiz sections to its games, they still are seen as easy platinum/reskin games that you just need to spam X on to unlock. People have also pointed out that the developer instead of stopping work on the stroke series, has started adding DLC trophies.

What do you think of this apology? do you consider the developer not a shovelware developer like the dev claims? Please let us know on Twitter or in the comments below (Account required)! Want to know our view on it? then check out this article on why the trophy system is broken.