Get your favorite retro kits in FIFA 22 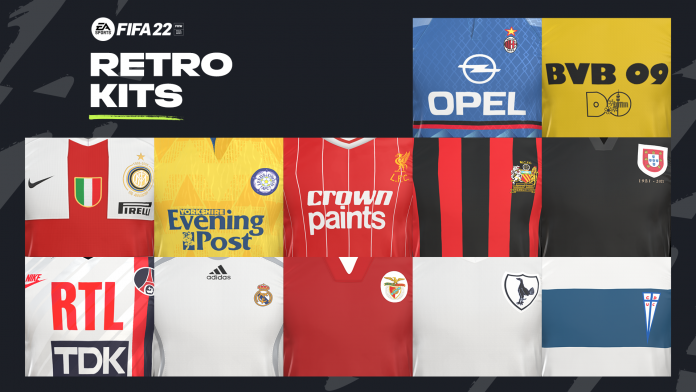 Season 5 of EA SPORTS FIFA 22 has begun, bringing soccer nostalgia to FIFA Ultimate Team and VOLTA FOOTBALL. Give your club a classic look in FUT 22 with retro jerseys and iconic designs from some of the world’s greatest teams, available in the FUT Store from March 24 to April 29.

The following nostalgic retro-tenues are included in Season 5:

More information about the retro-tenues can be found in the latest EA blog: https://www.ea.com/games/fifa/fifa-22/news/retro-kits