Deserved failure or masterpiece behind some undeserved bad reviews? 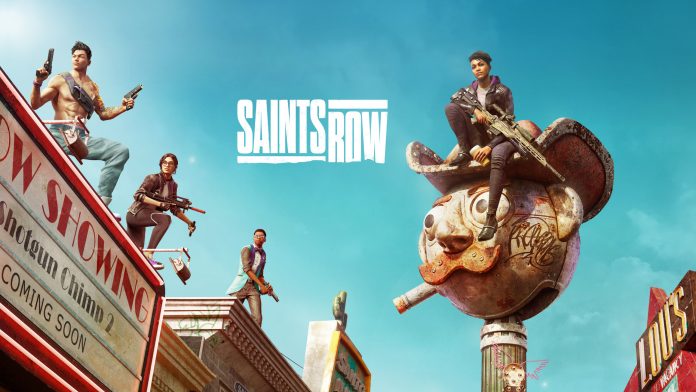 The brand new and long-awaited Saints Row (2022) has been put in a lot of negative media attention but is this deserved? in my opinion, no, the game is amazing and for sure one of the best in the Saints Row franchise. Here is our Saints Row (2022) Review!

Saints Row (2022) is developed by Deep Silver Volition en published by Plaion (formerly known as Koch Media). The game was released on Xbox One, Series X/S, Playstation 4, and Playstation 5 on August 23, 2022.

In Saints Row (2022) you play as “the Boss” not to be confused with “the Boss” from the original games because this is a brand new boss and it really shows in the way they act in some ways while feeling oddly similar in others. At the start of the game you aren’t really the boss yet and the Saints are not even formed yet, but to pay off student loans and their rent, the boss and his/her roommates band together and rob a money truck.

This is the start of the great adventure that is saints row. While the game does have some corny and even some cringy voice lines, the game’s story overall is amazing, it really feels like a classic saints row game set right after the 2nd one and before the 3rd where all hell breaks loose and they made it extremely wacky. The game we got has a perfect middle ground.

During your time with the game you will actually start off in the military group called the marshals to take down a big threat in the city, but the boss being a badass, he/she takes the bad guy down all alone, kinda like how saints row 4 started off.

One of the new features Saints Row has to offer is a build system in every neighborhood of the city, this comes with its own missions and story, some bigger than others. The side story I especially loved was the LARP sidequests, it was just so goofy and weird but it totally feels like it fits in with the saints row brand as well, so I’m kinda hoping the DLC will pick up more of these types of stories.

The visuals of the game are just perfect and beautifully done, from dessert to city, everything blends into each other really well, but it does make the game feel kinda empty at times. The render distance of the cars and NPC’s are just a little off, so you can see them disappear and appear in the distance sometimes. Also, the number of cars driving around is kinda lacking, sometimes I needed to walk around a little bit for some cars to spawn so i can pick them up, and with no number to call to deliver a car made this an annoying issue.

one of the things I was sad about while playing was the music, in all the saints row games there was always that great classic pop station, but it sadly has been swapped out for some country music. While it totally fits the theme and environment, it did kinda feel like it took something away that made the game popular. I just kept remembering some of the missions where that kinda song got put into and where the characters just randomly started singing with each other, and saints row just kinda misses the mark on that.

All characters feel really original and have not really been seen in games before, and while the tech/business guy has been done before, in saints row it makes it feel its own just like all the others. While some of the gangs are lackluster and could have been built upon more, their missions are fun, but not stuff that feels really special, and that is with the whole game, the game just could have been longer and its story felt really short compared to other games we get these days.

Overall this game is the ultimate Saints row experience. While it swapped out some iconic things like "gross" humor and names, it does feel like Saints Row in all the other ways, from missions to humor to reasons why they do what they do. With some amazing visuals and funny story you will for sure not get bored and there is much more to do besides the main story and just sightseeing with some cool new side missions and some returning classics.Saints Row (2022) Review - Xbox Series X