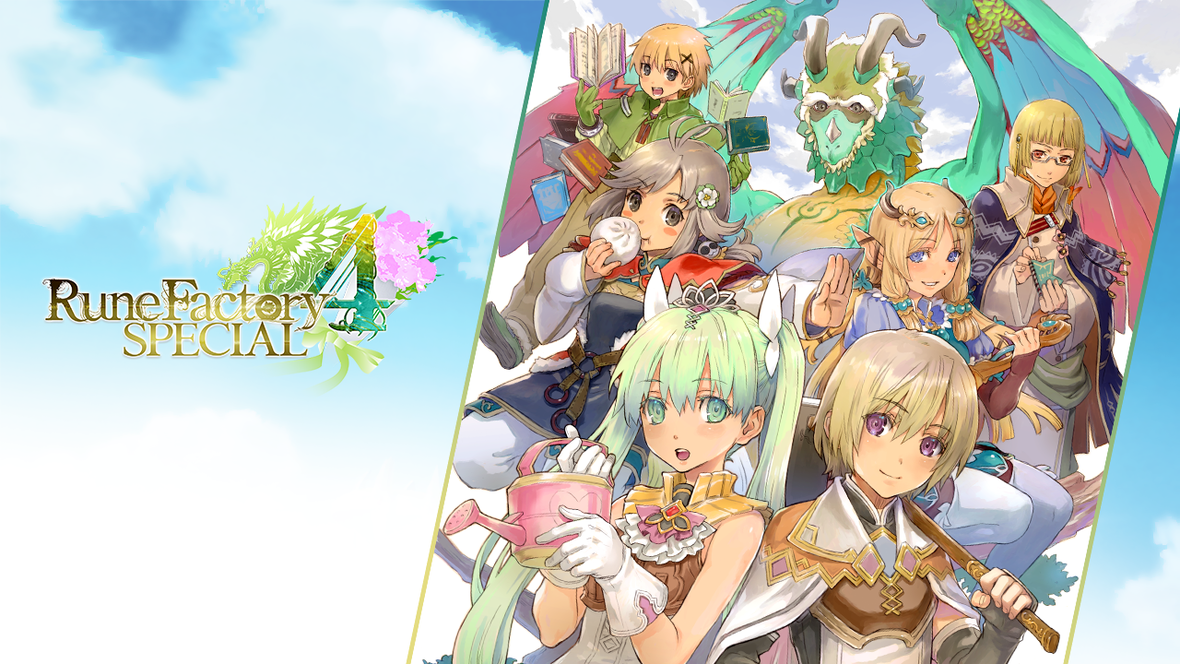 Rune Factory 4 Special brings RPG action, farming, and life simulation together in a single package, allowing players to create a fulfilling routine for themselves in the town of Selphia. Playing as the appointed prince or princess of the town, Earthmates can forge their own destiny, whether that means a quiet life working the fields, building close relationships with the townsfolk, or delving into dungeons with the wide array of weapons and magical powers at their command. As Earthmates deepen their relationship with the residents of Selphia, they can even get married to one of the 12 eligible candidates.

In addition to the base game, the title also includes the ‘Another Episode’ DLC, which adds a series of illustrated storybook-style episodes narrated by the game’s 12 marriage candidates and Selphia’s lovable guardian dragon Ventuswill.