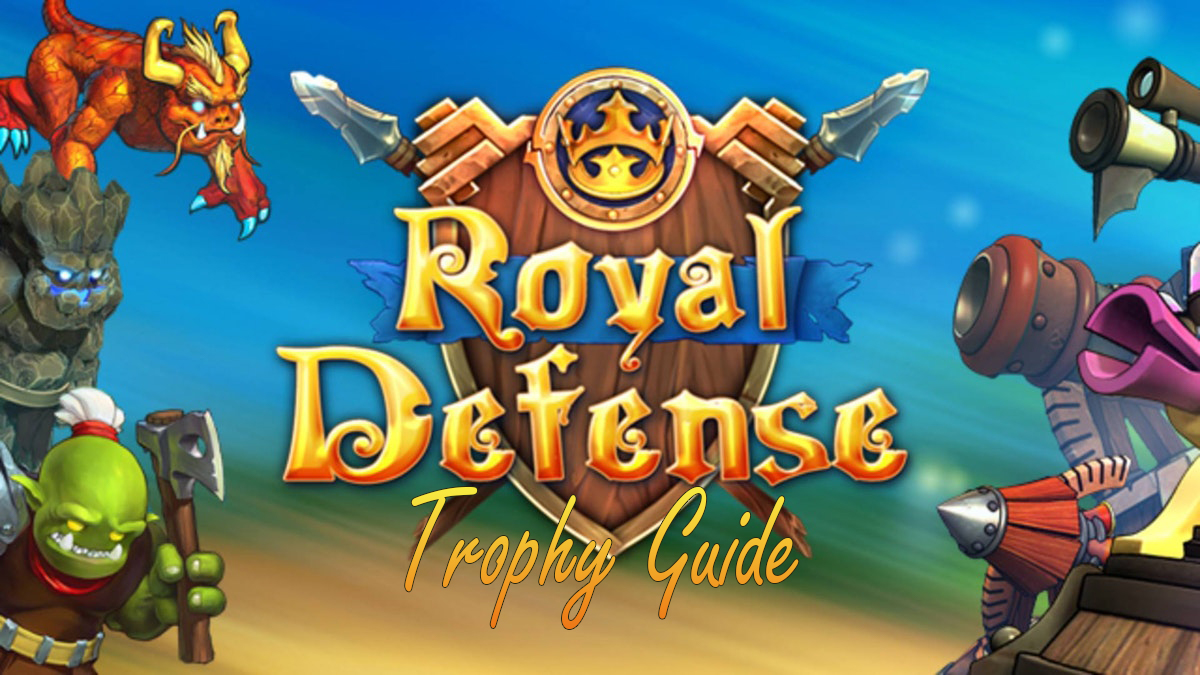 Welcome to the Royal Defense trophy guide! is a classic tower defense game where you have to defend your castle from the troll hordes while following the story of the dwarven kingdom’s eternal struggle against the trolls.

Play the game normally trying to get as many stars as you can while doing all the levels, then prepare yourself for an intense grinding session.

Step 1: Play the game while attempting to get three stars for every level
During this stage, your main quest is to complete all the sixty levels of the game trying to acquire all the three stars in everyone. There are three campaigns in the game and each of them contains twenty levels. To earn all the stars on a level, you don’t have to take any damage to your castle. In case you fail, you can replay every level later.

The three campaigns are:

The levels will get harder and harder to complete as you proceed but you will unlock new towers and spells too. Each spell has a cooldown time that needs to end in order to reuse it. Spells and towers can also be upgraded using gems which you will acquire as a reward from completing a level, so save them in order to get good upgrades and don’t waste them.

At the end of this step you’ll be earning these trophies:

See the Tips section and the

Tactician trophy of this guide in order to get more details on how to ease this step.

Step 3: Grinding trophies
This will be the last but longest step for this game. Here you need to replay a single level or more than one level in order to collect kills, summon and sell towers to get the last three trophies of this game.

At the end of this tedious step you’ll earn the following trophies: 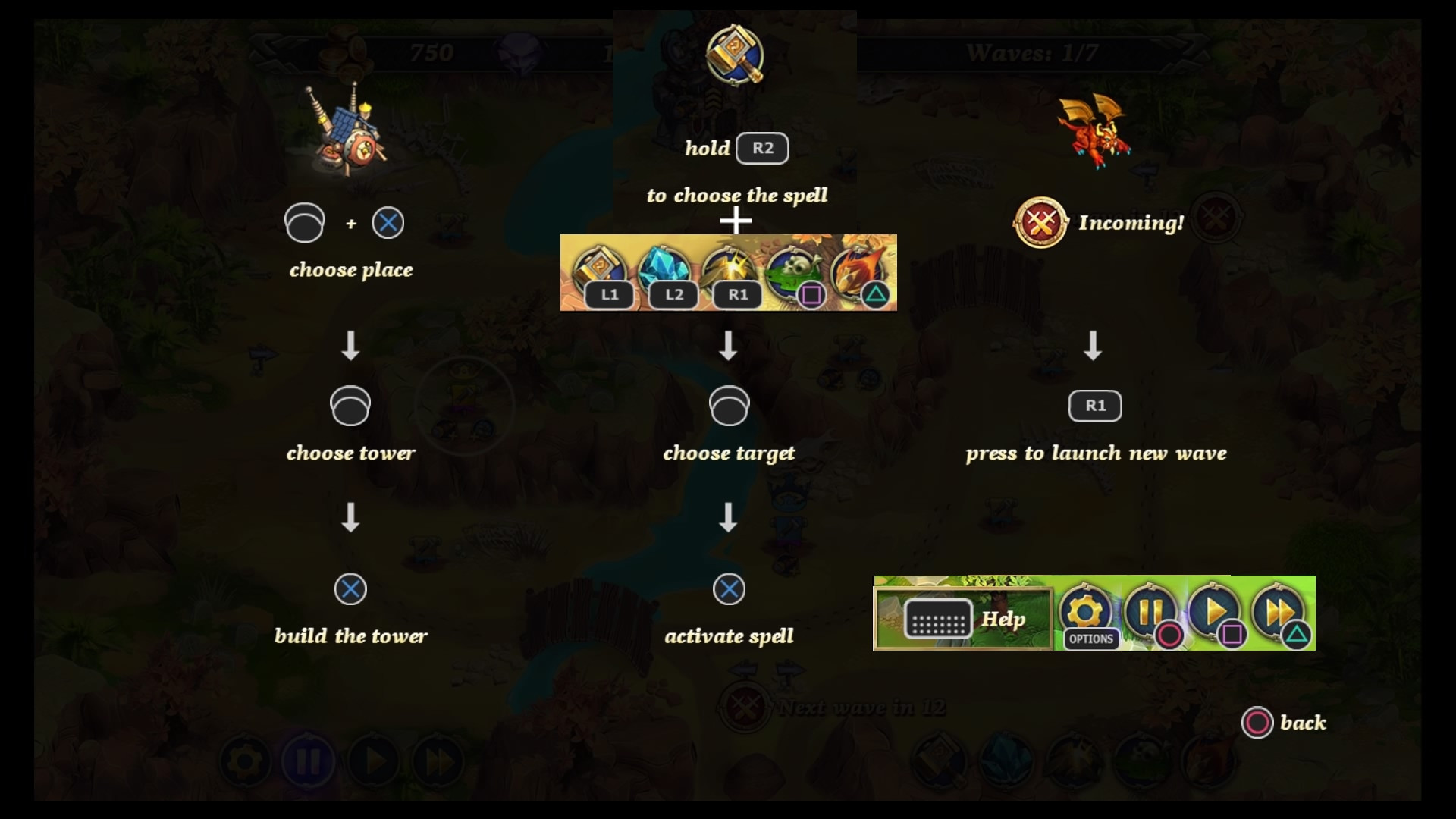 You will get this trophy while progressing through the game. However, every level has more than ten building spot. See the

Architect trophy to get more details on how to build and sell towers faster.
Below is a table with every tower and its upgrades:

You will get this trophy while progressing through the game. However, mines give you gold so always create at least one per level when you unlock them in order to get tons of gold and upgrade all your towers.

NOTE: Always upgrade them into the radar tower (the third image) because this is the best upgrade and is really useful especially in the last campaign in order to reveal all the hidden enemies.

To get this trophy, you have to sell a previously built tower and repeat it fifty times. You will need to sell 500 towers for the

Merchant trophy so pause the level near the end to sell all the towers and start grinding for this trophy. Make sure to leave some towers in order to finish the level. You can build and sell a tower repeatedly until you run out of gold (see

Architect trophy for a detailed explanation of this method).

You should earn this trophy normally during the game if you often use them but due to the little effectiveness of these spells, it’s better to only grind the kills when you have upgraded them in order to not fail a level.
There are a total of five spells:

You should use these spells in every level when aiming for the three stars, but unfortunately, they do a little damage so make sure to upgrade them wisely (Meteor Rain and Deadly Swamp are the best to get more kills with single use and to unlock the

You will earn this trophy while playing normally. See the

Commander trophy for more details on where to farm kills. Shown below is a table with every type of enemies you will face in the game:

NOTE: You will encounter tier 2 enemies at the beginning of the “Snowfall Mountains” campaign and tier 3 enemies at the eleventh level of the same campaign. They are the same enemies but they will have more health than before.

To get this trophy, you must kill three enemies with a single use of a single spell.
You can use all the spells you have (except for the Heroism one) to achieve it, but the best are:

This is another trophy that will come naturally while playing because you will always need to upgrade your towers in order to defeat the hardest waves of enemies. When you build a tower, you can upgrade it for more coins. Buy all the available improvements for fifty towers and you will unlock this trophy.

Armorer trophy, the upgrades needed for this trophy are displayed in the shop section of the game. In order to access it, from the beginning screen press

to play and in the campaign selection screen press 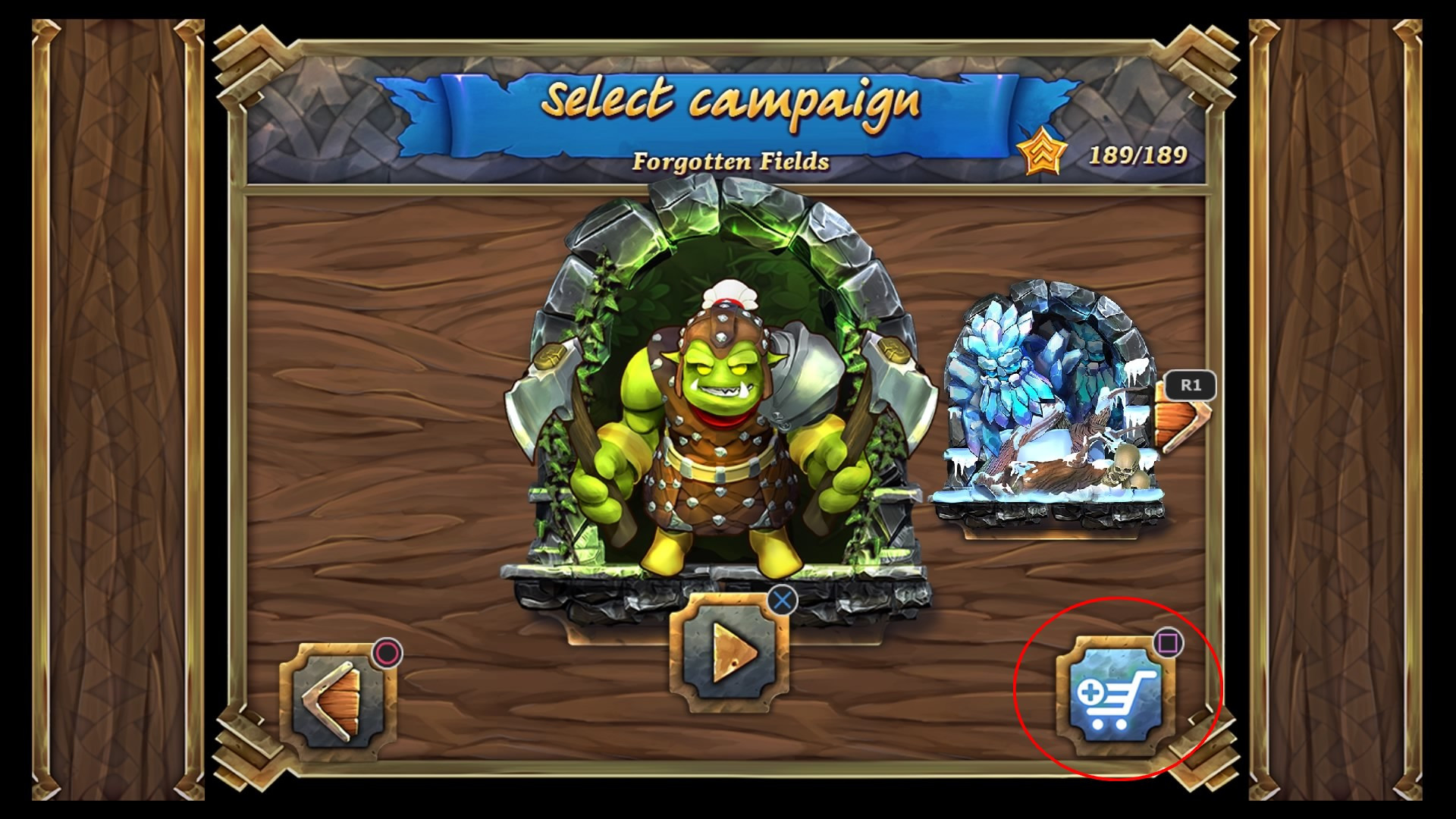 To get this trophy you need to upgrade at its best a single tower by using gems. Every tower has three sections:

Each section has six steps and every step increases in cost. Once you have fully upgraded all the three sections for a tower, the trophy will pop.

You should have built 500 towers more or less at the end of the game if you build a tower on every building spot on every level. However, the quickest and cheapest way to grind this trophy and the

Merchant one at the same time is to fully upgrade your dart tower cost with gems in the shop section of the game, redo a level until the last wave, pause the game, select a building spot and repeatedly build and sell a dart tower.
When you reach a total of 1,000 towers, the trophy will pop.

To get this trophy easily, check the method mentioned in the

This will be the last trophy you will earn because of the huge number of enemies required. The Desert Bones campaign is the best place to grind out the kills as most of the levels consist of 7/8 waves of enemies. The best and easiest level where to farm kill is the seventeenth if you only want to replay the same level numerous times.

This will be the “hardest” trophy of the game if you are not really prepared. There are 189 stars to earn in the game:

Remember that in order to get the three stars, you must AVOID any damage to your castle.

To ease this trophy remember that the dart tower (stun upgrade) and the support tower (third upgrade of the mine) are your best friends, so put all the gems in these tower upgrades. Budget and loot upgrades are really useful too.

The best strategy is to to build your radar tower in the middle of the map so it covers most of the paths and towers, giving you good support and enough time to kill all the enemies and only build dart towers (stun upgrade) to kill all the ground and flying enemies. Remember to use your spells to give extra damage, but save them for the final wave as it will be the hardest one.

Some tips for each console specifically:

Save around 100 gems or more for the Heroic levels on the Forgotten Fields campaign or you will need to use real money or restart on a fresh save to manage these levels; to pass them without any effort, immediately pause the game and use the gems to buy and fully upgrade a Mine (radar tower for 13 gems in total), two or three Dart Towers (stun towers one gem each and eight each for a full upgrade). Then begin the level and buy/full upgrade the other dart towers and mines with gold.

When you get all the three stars in every level, you will unlock this trophy.

new-stirum94
My career of trophy hunter starts from the AC II platinum. I love videogames and I want to transmit my passion to the whole world by writing guides etc.
RELATED ARTICLES
Guides