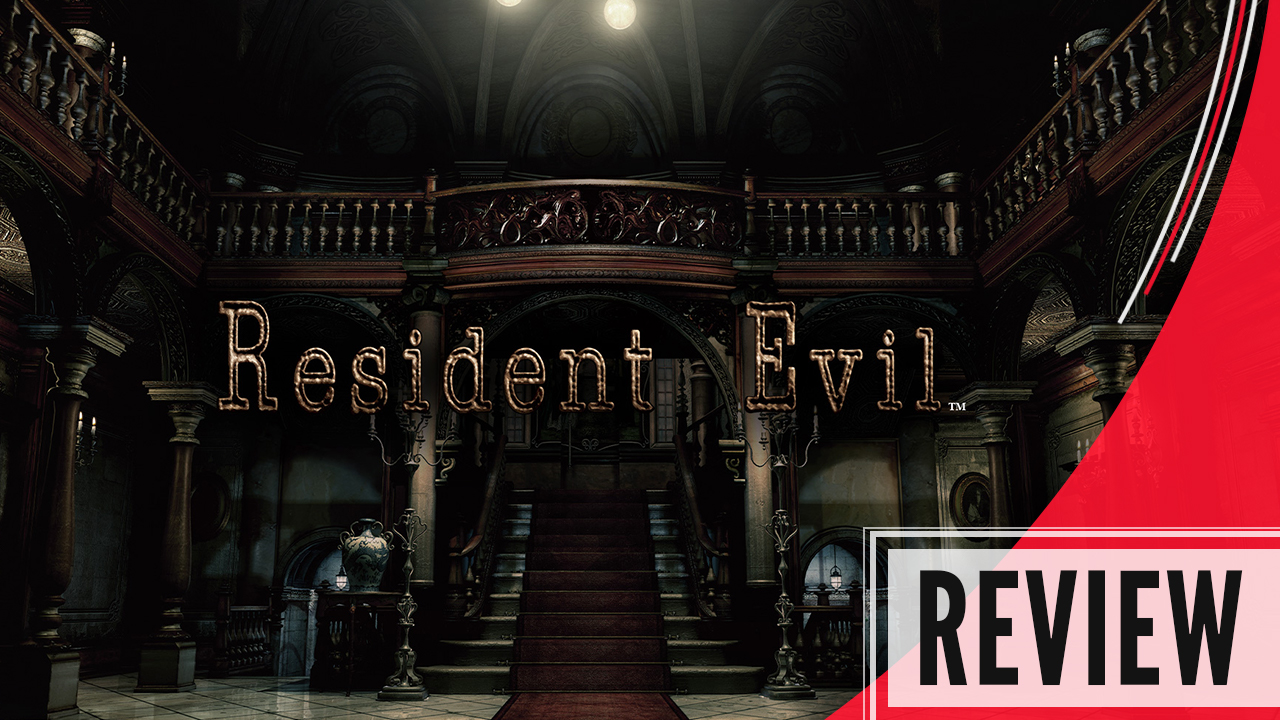 If you’ve never played Resident Evil 1 before, you’re really missing out. It starts off, being a rescue mission. Then, while scouting the forest, the team of S.T.A.R.S is attacked by monsters. They run away, until they find the iconic, Spencer Mansion. Enter the horror.

This remake of the original, added plenty of new things. Now enemies, new story portions to add extra lore to the universe, and it switched some old puzzles, added some new ones, and get rid of others. This was a serious deal, as the creator said that this was the way Resident Evil 1 was meant to be. It’s respected and known as “the proper Resident Evil 1”, by the creator and community alike.

Now the story is basic, and simple. But this is what launched the massive franchise that we have today. The story revolves around originally surviving the horrors of the Spencer Mansion, and finding a way out. Soon, you find out about a big conspiracy, and a secret organization, hell bent on conducting these really crazy experiments, on animals, and humans alike. As I said, this remake added a whole lot of extra lore, and characters, and even a few new areas! But we’ll get to that.

Now, the game starts off, and you get to choose from the two most iconic characters in all of horror gaming. Jill Valentine, or Chris Redfield, before he got really jacked, and starting punching rocks. Each of them both have their positives and negatives of course. Jill has 8 item slots, but can take less hits. Chris has 6 items slots, but can take more damage. So they both play different in their own regards. Where one, you have to play cautiously, but don’t have to worry about item management too much. Where as the other, you can run into the fray, with little worry, but have to really think about your item management.

On Very Easy, the game is fun. You have so much ammo, you can now everything down, without a second thought. Then there’s healing items galore. To the point where you don’t ever have to worry about dying. But as you increase the difficulty, you really have to change up how you play. You can’t afford the ammo. You can’t afford the healing items. You have to figure out how to best manoeuvre through the mansion, without getting grabbed by enemies. Where you can go safely with least resistance. It becomes such a different game, that it’s actually really great to see.

Then, in the remake, there’s even added areas, new bosses and new enemies! Mainly, the dreaded Crimson Heads. These are zombies, that have come back to life. So, like Zombie Squared. So Zombie² for short. They are red, and deadly. They have super speed and razor sharp claws that can tear you apart in seconds! Luckily bullets still kill them. Or, when you kill a zombie, you can burn the body, so they don’t come back to get you at a later time. It makes the whole experience so thrilling, and adrenaline pumping.

Of course, how could you talk about classic Resident Evil thhugh, without talking about, the fixed camera angles. Some people think this is still ancient design. Which, yes it is, but at the same time, it builds up the tension so much. You never know what’s around that next corner, until the camera shifts. So there could be a zombie that grabs you, scaring you silly. Or you could be safe, but not know it. This is really great. Until of course, you play on the higher difficulties, where every hit matters. To not be able to see that zombie around the corner, and it grabs you, is infuriating. Walking up a set of stairs, but the camera doesn’t shift until you’re all the way up, and then some, really angers you when you can’t see the zombie waiting to feast on you when you get up them. This happened to me a few times. Though it scared me, I got so angry, because as j said, every hit matters.

The only real crappy thing about this game though, is that the fear and danger doesn’t stick. The main big area, which is the mansion, has danger around every corner. But the few times you have to venture outside of it, the tension and danger dies. There’s little to no enemies, and the areas are so short and sweet, you don’t really get to take them in. Before the game is rushing you back to the mansion, to figure out where to go next. On my Hard run, the second I got done all the exploring of the mansion, I felt a huge weight lift off my shoulders, because I knew all the danger was gone. It felt good, but at the same time, not great. I wanted the danger. I wanted to be sweating.

This game looks and sounds amazing. With the pre-rendered, upscaled areas, everything looks amazing. There’s so much attention to detail. From the dark corridors of the mansion, to the plant infested Residence area. Everything looks amazing. The sound design is also great. There’s no music in the game at all, minus the iconic save room tune. All you hear is the tapping of your feet, the creaking of the floor, and the moans and groans of the zombies that are all around you in the mansion. Heck, there’s even a thunderstorm going on, that made some sounds of thunder, that genuinely terrified me. Everything sets the tine perfectly, and you don’t need any more, or any less in the game for it to make the ambience just perfect!

The game has a surprising amount of replay value. From all the different modes, and difficulties, to seeing how fast you can speed through the game, with some great unlockables! There’s a mode where no item boxes are linked together, so you have to really think of what you need and when. A mode where the enemies are invisible, which unfortunately turns into more of an annoyance than hard and scary, and the unlockable weapons! If you manage to get through the game in 3 hours, you get a rocket launcher with infinite ammo! Now I know 3 hours sounds insane. Especially when your first run takes 9 hours for example. But it’s doable once you get used to it. If you’re going for all the trophies as well, theres a few different endings, and a few different special conditions to play the game under. Like beating it using only a knife! Or without saving!!!! They make the game really fun, as it flips the entire formula, on its head!

This return to classic survival horror, is such a nice refresher of where we started in the genre. It’s tense, it’s scary, and it added some nice lore into the universe. In a time, where some games try to do horror, by just having a mass amount of blood, this will always stay true to form. I cannot recommend this game enough for horror fans.