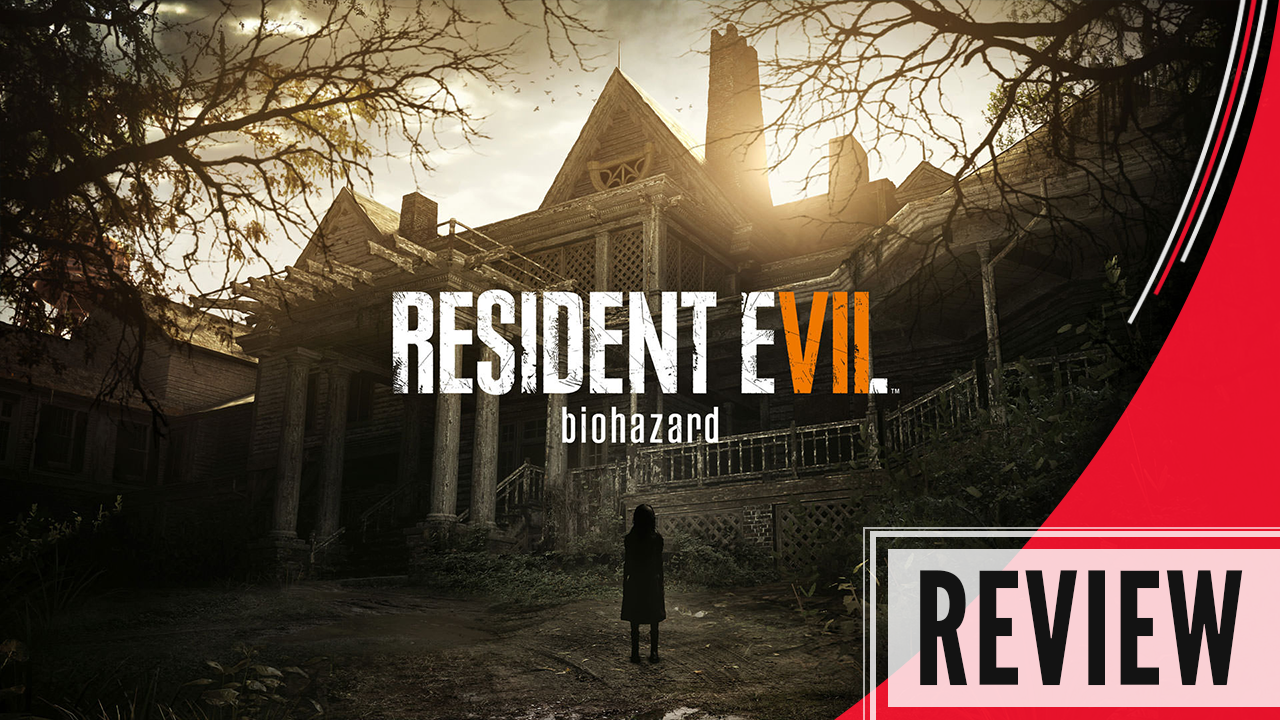 Resident Evil 7: Biohazard was released in 2017 for Consoles and PC, and was developed by Capcom in the RE Engine. Eventually, a Gold Edition was released that had all the DLC bundled together on one disc!

The year is 2017. The location is in the middle of nowhere Louisiana. There’s an overly large farmhouse, and a family known as The Bakers. You take on the roll as Ethan Winters. A new character in the Resident Evil universe, who’s looking for his wife Mia, who disappeared three years ago, but sent you a video saying she needs help, and that you were right. So now it’s off to save your wife and be happy again! But first horror!

The story opens to Ethan finding his way into the Bakers guest house, where he ends up finding Mia. But then he gets taken hostage and has to escape. Except not everything is as it seems. There’s this weird mold all over the place, and everyone can regenerate their limbs! The story plays out in normal Resident Evil fashion, where there’s the storyline that’s fed to you, of course, but there’s also a more deep down story that you figure out by reading all of the documents. Like how the Bakers used to be a normal family, and the fungus like mold infected them, and how they can’t leave their land or else they die! They’ve also taken many people hostage throughout the years? Why? Just for fun and games of course. But how was this virus created? Why is Mia at the Baker house? Where was she all this time!? I can’t express how much the story pulled me in. That’s one thing that Resident Evil games have always managed to do properly to me. The reason is just because the universe is so well built and fleshed out, and thought of. There’s even 2 story DLCs to add to the entire universe on top of it all, that are must plays if you get the game! I can’t say it enough.

Now there’s a part in the game, that can give you a different ending, depending on the choice you make during one crucial part. During the time of writing this, I’ve only seen the Canon ending, and the main reason for that is for one simple reason. I don’t feel like playing through the annoying part, that happens after the choice! The choice happens maybe ¾ of the way through the game, so you still have a bit to go after. One day I will see it, but as for right now? Maybe I’ll just YouTube it!

Now, as most Resident Evil games have been fixed camera angles, or 3rd Person perspective gameplay, this takes on a whole new approach, with 1st Person! It also turns up the tension to 10, as the game isn’t littered with enemies. Even in the original games, you knew there was a zombie or enemy around every corner. But in this one, there are so few enemy encounters in the first long bit of the game, that it somehow makes it even more intense! There were more enemies in the final 10 minutes of the game, than there was in the entirety of the game itself! Then the way you dispatched enemies felt like it was more important than ever, considering less enemies, meant less resources, which meant I needed every bullet to deal with the bosses! Heck, there were a few points where I had to reload a save to prepare for a boss, because I entered it completely unprepared! Yes it was annoying, but it was also awesome. Thrn it was the question of “what do I take with me in my limited item slots?”. But there was a lack of enemy variety. Outside of the bosses, there were only 3 kinds of molded. The normal version that walk at you. A 4 legged one that skitters across the ground real quick. Or the odd time a fat molded that can take a heck of a beating!

Oh the bosses! They were intense, they were crazy, they made me feel tense and unsure if I was ever prepared! The game is built around the bosses. Each one has their own area that they roam around in, so you have to avoid the bosses while exploring around. If they catch you, they run after you until you break line of sight with them. Now I generally kind of hate these mechanics in some games. One thing I hated about Resident Evil 2 is that Mr X was ALWAYS following you. The one thing I liked about this, as I said, is they only followed you until you broke line of sight. Though this in itself was annoying sometimes. There was one specific instance, where I had to get through a door, but Jack was in the way constantly, and I was unsuccessful in baiting him away for a good 10 minutes. So I was starting to get frustrated at my own inability to get through.

Now there’s of course, the way the series went back to puzzle solving to advance the game! Oh what a nice call back it was too. Having to actually do puzzles, and explore the world to find items I needed. I was so not used to it, I got stuck for a good hour at one point, because I didn’t think a puzzle through. Then my favourite, yet also a bit hated kind of puzzles in the game were a shadow puzzle! Where you have an item on a pedestal, and you have to move it the right way so the shadow lines up with the outline of a picture. It was super fun, but at the same time it was annoying flipping the item around a bunch of times going “I already had it like this!”. Though it kind of added to the tension, having to try and do these puzzles fast, with the bosses always on the prowl for you. Heck, the tension got so bad one night, I had to literally stop and play something else, just to calm down. Now that is the perfect example of horror done right! All because of the creepy hallways of the Baker Farm. The dilapidated wooden structure of the Greenhouse. Or even the backyard, and never knowing when you’ll be attacked, or who will run after you. I’m getting scared just thinking about it!

Considering this was the first use of the RE Engine, it looks damn good on a base Ps4. Everything is nice and polished, the characters look fantastic, and even the hair looks downright creepy, which just adds to the ambience of it all. There were a few muddied textures if I looked hard enough, but considering how old normal hardware is, it’s a little expected at this rate. The sounds of the game themselves are absolutely horrendous, but in a good way. You hear the creaking of the floorboards, the shuffling of Ethan’s feet as you walk along, and the squishing as a molded enemy comes out from the wall to try and kill you. The worst and creepiest and nastiest sound to me, is during a boss fight, where the boss runs away, and you can hear them scream and yell, and make weird squishing noises, as they give birth to a hive of bugs that will come after you until you’re dead, or they’re dead first! It was fantastic! But also disgusting, which just made me even more terrified.

Now it wouldn’t be a Resident Evil game without a whole mess of replayability and unlocks galore! Resident Evil games are made to be sped through. Yes the first playthrough always seems hopeless to hit that target time, but the more you play, the better you get. You can beat it in under 4 hours for trophies and unlocks. You can get more unlocks for finding all the collectibles. There’s even a harder difficulty to unlock called “Madhouse” which makes the enemies hit harder, and switches items locations around!

If you’re a die-hard horror fan, you owe it to yourself to play Resident Evil 7. It’s a whole new spin on the series, and it adds a whole new element of tension and horror on-top of what the old games were already known for. Plus a new character in the universe is always an added bonus! Plus, the two separate endings are quite fun to see if you care to do so! Play it. Buy it. Love it. Prepare for Resident Evil 8!