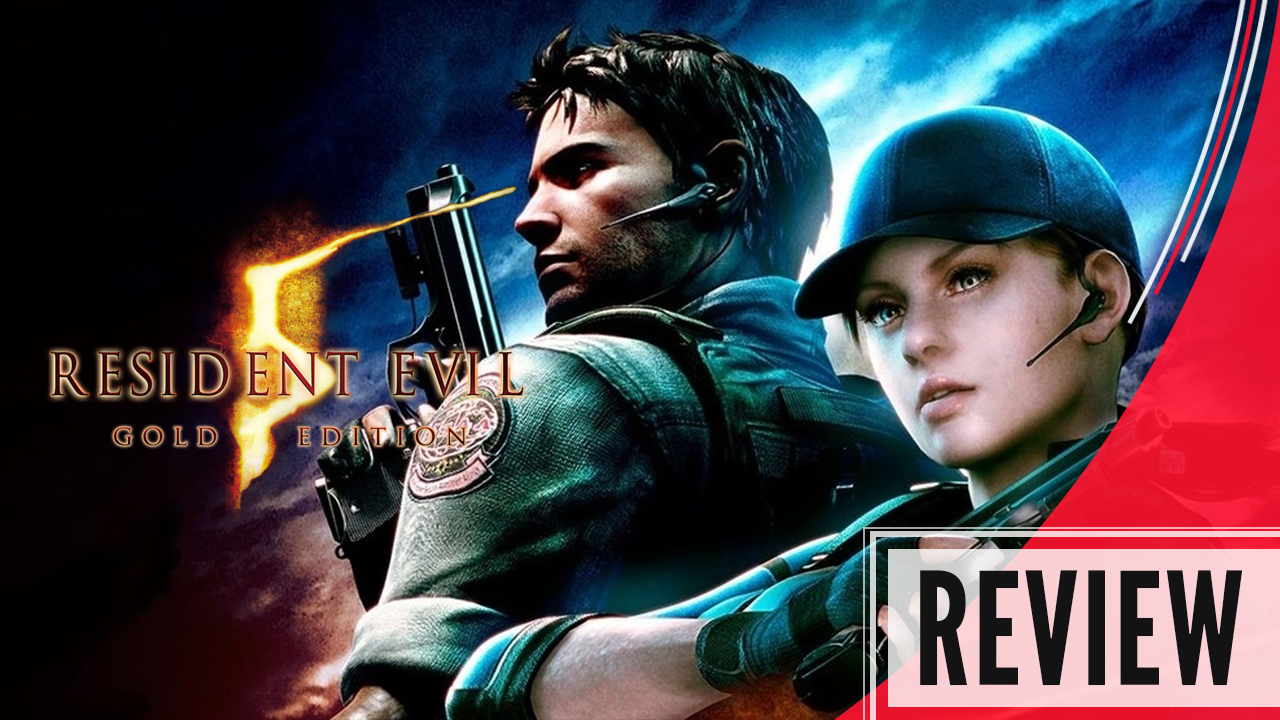 Taking place after the events of Resident Evil 4, you join Chris as he travels to Africa. There have been reports of B.O.W activity and a new virus, called Uroburos, and as a member of the BSAA, it’s now Chris’ job to stop it. You also get a new teammate named Sheva Alomar. The story is much more cinematic this time around and does a good job at keeping a steady pace through the whole game. Although sometimes it is very cheesy. Throughout the game, you learn about why Chris isn’t partnered with Jill anymore, and you get hints at the events that happened, and even a cutscene, but the events leading up to it gets locked behind DLC instead of having a brief flashback level! But the game does an excellent job at giving life to the original progenitor virus that was the cause of Resident Evil 1!

The gameplay in this installment of the series is faster than the previous. It’s a 3rd person shooter, just like the fourth, and if you played that you know what you’re in for. When you aim and shoot your gun, you’re unfortunately planted in place. This makes a lot of spots in the game very annoying. Especially when you have a horde of enemies behind you and you can only shoot once or twice before you have to run away! Then there’s the issue aiming itself! When you aim your gun, you have to go off the laser pointer of your gun. Can’t see red? You can’t see where you’re aiming then! The best thing the series did was add reticles in future installments!

Now as for your inventory, each character gets 9 slots each. It’s not a whole lot, but split between two people playing together it can work well! You also get a few forms of weapons. Pistols, Shotguns, Assault Rifles, Snipers. You know, the usual weapon types in these kinds of games! Then you can upgrade each weapon. Want it to hit harder, reload faster or….have more magazines? Magazine upgrades always feel pointless to me. But once you fully upgrade a weapon, you can get infinite ammo for it once you beat the game!

Then…..then there’s Sheva. Stupid dumb Sheva. I’ve played Resident Evil 5 before. But I played it with friends and then infinite ammo, so I had no issues. But this time on Ps4, I did my very first with the AI. Oh my god, I wanted to rip my hair out. I was basically by myself. I had to never let the AI have healing items or ammo because it would shoot at everything that moved, whether it could kill it or not, and would use healing items at the worst times. Oh, half health!? Better use a full health item! It was infuriating, to say the least, so when there was a whole horde of enemies, I was on my own, because the AI would waste its ammo and healing items. In one level you have to go across a conveyor belt, dodging boxes. At the end is a furnace you can get pushed into. The AI got stuck on a box, and went into the furnace, so I had a game over and had to redo the entire firefight for the area! So if you can, I recommend having a friend by your side while you play this.

For the PS4 version, there were some graphic overhauls and it was put up to 60FPS. The game looks really great and the cutscenes look incredible! I didn’t really notice any rough textures or anything. Even when you headshot an enemy, you see their head explode in a gush of red. Even the Uroburos monsters look fantastic. Unfortunately, the soundtrack doesn’t do much for spooks. It’s either super serious battle music or just wind. So there was never a time where I was freaked out because of the sound itself. That’s what really helps in horror games.

Aside from unlocking infinite ammo, the game has some bit of replayability to it. As there are different costumes and filters you can use for the game. You can even use your upgraded guns at the beginning of the game! So if you ever have a friend who’s starting the game fresh, you can go help them with your super upgraded weapons, and help them stomp through! Because no one should be left with AI Sheva.

Resident Evil 5 is another great game in the series. Between the new lore added to it all, and the fun story. It’s unfortunate that nowadays, the gameplay is outdated and the AI is god awful. It makes the game really hard to get through if you don’t have a friend who will play with you. But at the end of the day, if you do have a friend, it’s definitely a great coop adventure!