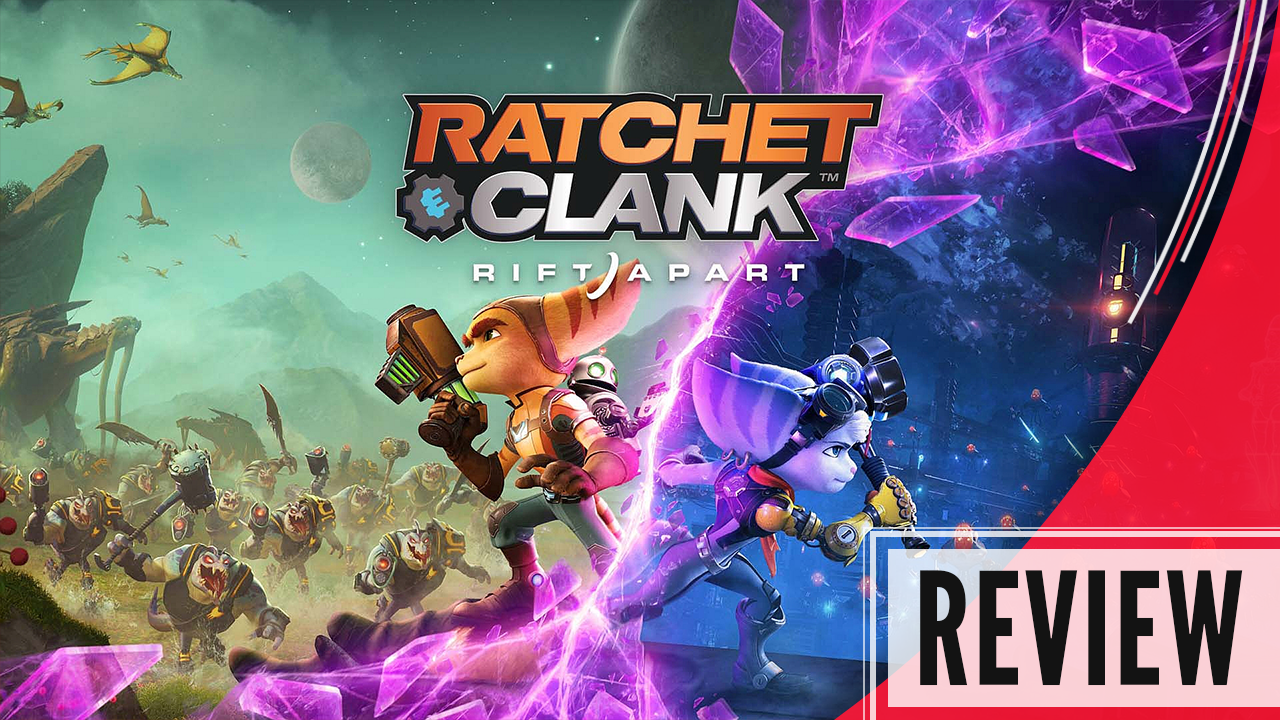 Right now, Ratchet & Clank: Rift Apart is currently the best game to play on PlayStation 5. The game came out on June 11 exclusively for Playstation 5. Developed by Insomniac Games and published by Sony Interactive Entertainment.

The game starts off with a little introduction to the controls and a bit of story, but it puts you into action pretty quickly, you will learn some of the basic weapons but that is just the beginning. There is just so much to unpack in this almost perfect game. So I want to start off with some of the things there were not so great, and believe me, there is almost nothing wrong in this 99,9% perfect game. So the only thing wrong is just some minimal glitches, and even of those I only experienced 1, when I was boosting around with the hover boots I made some weird angle and got stuck within a rock, and that really is all that was wrong with the game technically.

Sadly there is 1 other thing that is sadly a bit negative, the game is pretty short, if you rush through everything quickly I would say you can 100% the game in about 5 hours, but for a normal pace you are looking at about 15 hours, comparing this to other PlayStation exclusives like Demon Souls, Returnal and Spider-Man Miles Morales this game does feel like it didn’t hit that same length others have. But this does kinda make it up in Challenge mode where you can replay the game and upgrade your weapons even more.

The story might be short but it is still really incredible, it builds on the classic Ratchet and Clank while adding a whole new dimension (no pun intended) of characters that don’t feel like just a character swap. Rivit sure is the breakout star in the game and this game serves as a perfect introduction to not only learn more about the Rivit but also the Lombaxes in future titles. And there is Clanks counterpart Kit, this character is the total opposite of clank with how her story is and it just has a lot of plot twists that make the game so much more surprising.

Good old Dr. Nefariouse is back in action for at least a little while until the real villain takes center stage, Emporer Nefarious. The Emporer does feel more like the Dr. with his goals, but he is more successful and in the game, you will notice the differences in the dimension and why he probably won over Rivit. I want to talk about the story so much more because I barely scratched the surface of it and only talked about the characters, but I really encourage people to experience the story of this game themself.

One of the most stunning things in the game are the visuals, there is so much happening all the time and you will be amazed by everything you will see during the whole game. The game feels so cartoony but at the same time, it adds a perfect layer of realism that I have never seen in any game before. It utilizes the PlayStation 5 tech to the most and this game coming out in the 1st year, it gives a really good idea of how much better it’s going to be at the end of the Playstation 5 live cycle.

One of the things that also look amazing are the weapon visuals. Every weapon has its own cool effect that it gives off while shooting, on the old ratchet games, the game would lag a bit much sometimes, but in this game even with the weapons with the most animation, 0% lag and 100% enjoyment. There are just so many cool weapons to pick from, you got your basic blaster, the classic blade gun, and even a gun that shoots out easter eggs from other Playstation IPs. All the guns are so satisfying to use and almost non of them feel boring.

There are also a ton of things to collect, most of them are pretty easy and you don’t have to get out of your way for most of them. There are some gold bolts, they give you some visual upgrades, character info and if you collect them all you even get infinite health and ammo, this can come in really handy if you want to upgrade your weapons to max level.

And that’s where the replayability comes in as well, after you complete the game, you unlock Challenge Mode, in this mode, you can basically buy an upgrade to your guns and make them even crazier than it was before that. Other than the weapons there is not that much to do other than replaying the main story, there is an arena mode, but it’s not too hard. But you do unlock some cool visual modes with the gold bolts like mirror mode, this might make the game a bit more fun to replay.

Every world has its own little gimmick, there is this one world that is scattered with crystals, and when you hit those crystals the whole world changes like its day and night to a version of that world that has run dry of resources and just broken. Every world just has so many cool things that make them unique. On another planet, you will need to collect some orbs and you will learn more about the history of Lombax’s. This is a bit of a side thing but it still adds so much world-building that you don’t even notice while playing the game.

The fun thing about this, the whole game takes place across multiple dimensions, so now that they have brought that into the mix, the sky will be a limit, especially with the weapon that shoots things from different Playstation IPs. Is a Sly Cooper, Uncharted, Horizon, or even a Sunset Overdrive crossover on the table for Playstation and Ratchet in the future?

Overall this might be one of my favorite games of all time. With the most stunning visuals, classic weapons returning, new weapons being added and of course the new cast of characters being introduced, this game feels like it’s the biggest and best comebacks of any video game series ever made.