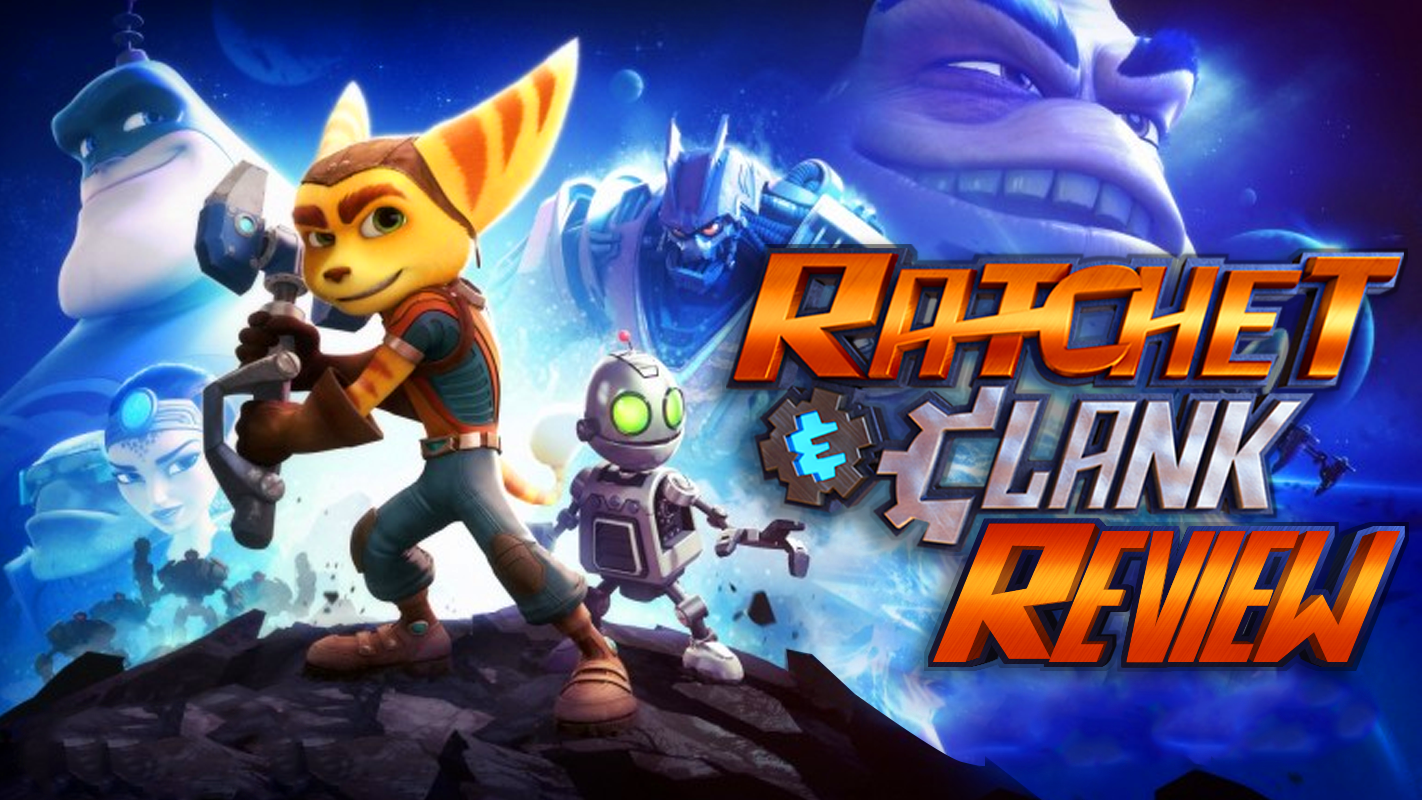 Ratchet and his robotic friend Clank are back defending the galaxy from the evil plans of Alonzo Drek and Doctor Nefarious in this reimagining of the first game in the series. The game was made by Insomniac Games and released in 2016. Insomniac gave the series a much-needed reboot after some good and bad games in the series.

The start of the game gives you a good idea about the characters and who they are. The speed is also perfect, it gives you enough time to learn the game and its controls but also lets you go a bit faster if you already know how it works. It shows you the ropes of the game and slowly starts introducing more of its weapons and ways to traverse the world. At the end of the first level, you should fully know what to do and drops you to a new planet where you can test out your weapons a little bit more against some new and not so hard enemies. I really like the way they started the game because it’s not hard for new players but also doesn’t hold back to players who have years of experience in the series.

The gameplay is this game has amazing! There are so many ways to play the game and so many weapons to use. One of the selling points of the Ratchet and Clank series is, of course, the crazy and fun weapons that there are, and this game is no different from any of the other games. There are blades, Mr. Zurkon is back as well as the Sheepinator. One of the most fun weapons in the game is the Rhyno, this gun is crazy! It kinda reminds me of the pre-order DLC gun from Saint’s Row 4, it just shoots a ton of bullets and rockets. The lock-on for some of the weapons was sometimes a bit strange, especially for the guns that need it like the basic Combuster gun. Another thing that was fun is the boss battles, every boss has a different pattern to watch out for and an own move set. This was a nice break from all the basic enemies the game throws at you.

Got no other words then amazing! there are a bunch of worlds and every one of them has its own gimmick, color palette, enemies, and style. Every world felt like a new experience and it never got boring. All the colors are so vibrant and fun to look at. This games Graphics really hold up because of the style of the game, even when looking at older entries of the series, it will never feel old.

Story-wise there is 0 Replayability, the second you have seen it there is not really a point in doing the New Game + mode other than leveling up weapons and going for the max level with them, I had loads of fun playing through the game about 3 times to do this, the higher the weapons get the faster you move through the game. After having everything maxed there was 0 point for me to replay the game other than some trophies that might give you a nice challenge.

Is there side-content? yeah kinda, well there isn’t much meat on the bone for this one. There are the Hover Board races that you need to do for the main story, but of course, you can redo them if you liked them, there is no challenge to it. The other thing you can do is collecting cards to gain more stuff and there are collectible cards for the Rhyno. To make this easier you can do another part of the side-content and that is collecting a bunch of brains scattered across 1 map, this was not fun after a while, everything felt the same in that area. I do count Trophies as side content in this game because some of them gave me a nice challenge, I really liked having to watch out and make sure I did some of the things because some are missable, like the disco ball one. I had to throw a disco ball to every enemy in the game, and if you miss one that is missable you have to complete the story are replay and redo the whole thing.

The story is one of the only down points in this game for me. They took the basic story from the first game and grabbed a fan-favorite villain and added that onto the story. Even though that villain wasn’t in the original 1st game of the series I felt like I had seen the exact same ending in one of the other ratchet clank games. Other then the villain, the game doesn’t have much extra to offer after seeing it 1 time. The twist somewhere two thirds into the game was unexpected. I never completed the original game, but I still felt like I had played/seen the whole story before.

Ratchet & Clank 2016 is a reimagining done right. It kept all the things that were gun and made the series popular. Other then some boring side content and lackluster story, the game is still pretty fun to play a few times to get more powerful guns.