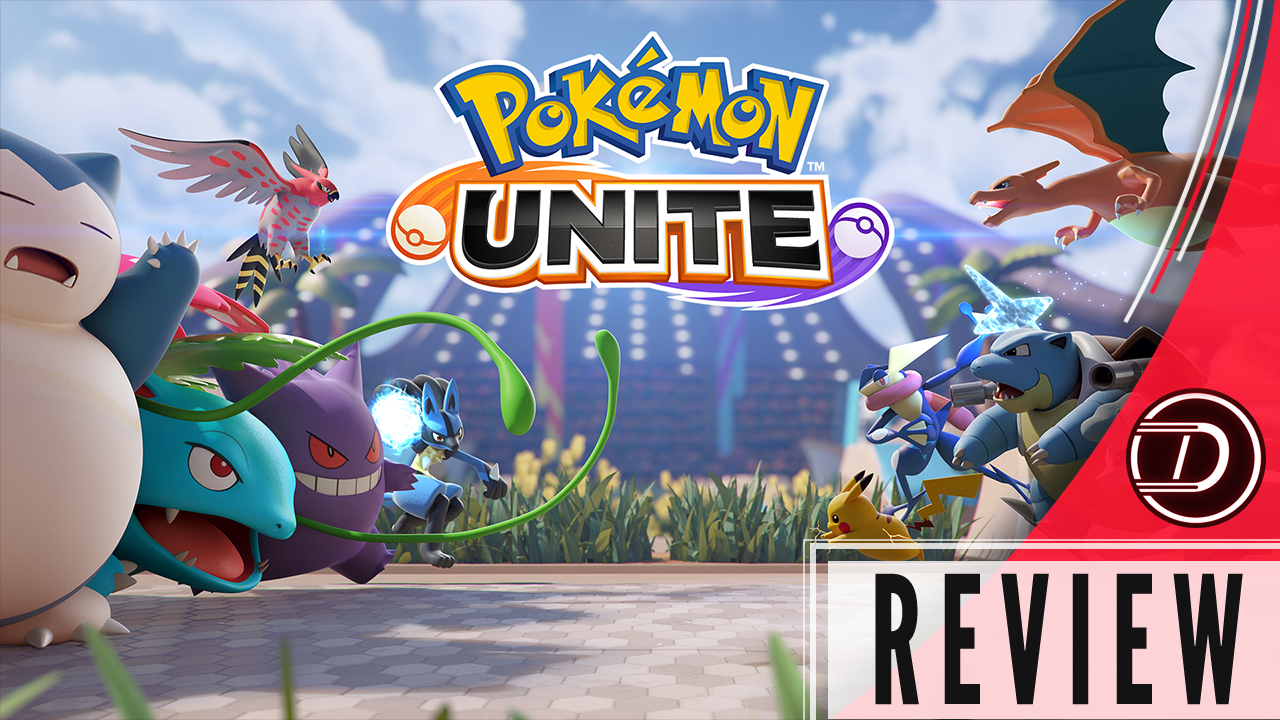 After Pokémon Unite’s announcements a few months ago, with much negative attention, it finally came out recently to a surprising amount of positivity. Developed by TiMi Studios and The Pokémon Company and published by Nintendo. Released on July 21st on the Nintendo Switch and coming to Mobile devices in September.

As a “hater” of MOBA games, this game makes me wanna try them out more, the 40/50 minute games are just too long for me to keep up, but Pokemon did it in a perfect way making all the matches only 10 minutes max, the perfect amount of time to play a quick game if you are out and about but also if you really wanna spend all day playing it, you won’t feel bored.

Ever since the game came out I’m just hyped to boot up the game and play it. It gives you so many reasons to continue playing, you got your Fortnite-style battle pass with daily missions, events with daily missions, and ranked matches to keep you coming back for more and to become the best. I was really surprised by the amount of content given day 1, but i do see it becoming repetitive after a while with only 1 main map to play on.

There are also “Quick Battles” these are shorter 4 vs 4 or 3 vs 3 matches on smaller maps that all have different ways to win the match. there are a total of 3 maps, 1 of them is the main map but on a smaller scale with 3 attack/defend points instead of 5. another map only has 1 point per team where you can score and there is also a 3rd map where there are 2 goals but both teams can score in them. Personally, I liked the 3rd one the least because it kinda makes it a free for all just getting points without having to get into major fights.

Another major thing to consider while playing are the playable pokemon, there are so many to choose from and they all have their own pro’s/cons and moves. At the start, you can have a few and there are also a few that you can only play for a limited time before they go out of rotation, but if you like them you can buy those with in-game money. Some of the characters also have some cool clothing, like Venusaur in a beach outfit, Pikachu in a hoodie, or Cinderace in a pirate outfit that gives special effects.

I personally really loved playing as Charizard, that was an All-Round type character that really does some hard-hitting damage if you time your attacks right. I also played with Slowbro, a ranged defender, but with that character, I could do nothing and I didn’t really understand why. So it’s key that you practise with some characters so you can play with more than 1, because if someone took your main character you can get kinda screwed over and be at a disadvantage.

For a switch game, the visuals of the game look near perfect while playing, you don’t really notice any of the pixels and everything runs pretty smoothly. The sound of the game is also pretty good, it has that classic pokemon feel but it also feels like its own. The only small problem I had was the controls in the menus were pretty slow, I’m not sure if it was an internet connection thing or if it was the game itself. It’s not enough to keep me from playing but it did annoy me a few times trying to get to a specific thing on the menu.

There are a ton of things to buy from the store, but it takes a while to grind for them, and some of the items can kinda be pay to win because they do affect your character with in-game stat boosters. Not only the stat boosters can be bought but also all the characters and tiers from the battle pass, while it might seem like that’s also pay-to-win, I wouldn’t really worry about having to pour money into it. I personally only bought a 20$ pack to buy the Battle Pass that is only about 5$ worth of money, i spend a little extra because with the 1st purchase it would double your points up to 20$, so it seemed like a good deal. But paying for the game is not needed if you don’t want to because almost everything can be unlocked for free.

I had an amazing time with the game and will be playing it every day for a while, just because of how much content there is to unlock. I just love that I don’t have to sit there for 40/50 minutes like a normal MOBA but only 10 minutes max. The game almost never gets boring and if it does you it is always possible to switch to quick battle mode and do another map/mode or learn a new character.