The major change Pokemon has needed for years 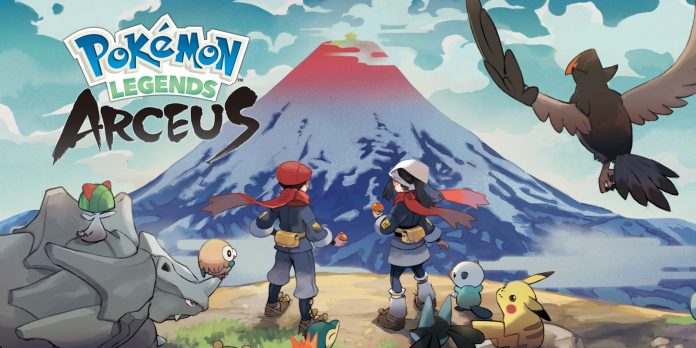 Pokémon Legends: Arceus was Released on the Nintendo Switch on January 28, 2022. Developed by Game Freak.

That pokemon has become pretty stale over the past few main entries is nothing new, but Pokémon Legends: Arceus has totally changed the game with a big open world and pokemon running around in the wild that you can actually see. Some of the changes are things pokemon fans, myself included, have been asking for for a long time. And we finally got it!

The biggest change is the massive open world, and oh my, it’s so much fun to walk around in finding different locations and pokemon on specific spots. That’s not even finding all the easter eggs from the region that you can also kinda see in Pokemon Diamond and Pearl. There is just so much exploring to do that even with my 60+ hours in the game I have not even seen all the pokemon in the world.

So many of the features in the game are fully new, from catching random wild pokemon to a Pokedex that you fill by doing specific tasks. And the latter is one I really love, instead of just catching and seeing all the pokemon, you will need to complete a few things to level up a pokemon Pokedex entry to learn more about them. Some pokemon can be super hard to find so leveling up those can be pretty hard because you need to catch, defeat, do moves or complete a request to complete some of the tasks of a pokemon.

There are only 2 cons to this game, but they don’t really impact the game that much, one of them being the visuals of the game. The Pokemon themselves look great, but some of the surrounding areas can sometimes look a bit weird, I think they just didn’t put enough time into that and that could have gotten some extra polish in my opinion. The 2nd con is the lack of pokemon battles against actual people, I know there are story reasons for it but i would have liked to see at least a few more random trainer battles while going around Sinnoh.

A few new pokemon have also joined the roster of pokemon, they picked a few pokemon that didn’t really have an evolution and gave them special forms or even just a whole new evolution, like Kleavor, one of the bigger pokemon you take on in your journey. Most of the new pokemon are bosses of an area or are ridable Pokemon that you can use to traverse the world.

The bosses can sometimes be rough to defeat, especially the massive Electrode, but with some time and practice I finally beat all of them and these battles feel really cool and special in some ways because you do the battling as well, not just your pokemon. You have to keep throwing packets at them to calm them down, something that has never really been done in any pokemon game before.

The story of the game is also just so good, almost all the characters in the game have some relation to their future counterpart, both good and evil, and feel different, not like their future version. The story revolves around the main character that got picked from the main timeline by Arceus and put in the ancient version of Sinnoh where you will be tasked to stop the pokemon from going crazy. I really wanna talk more about the game and its story, but I would really recommend everyone reading this to experience the game themselves because it’s just that good.

Pokémon Legends: Arceus is just a near-perfect pokemon game that made all the right changes that pokemon needed to make it into a game people wanted for a long time. With a ton of side quests and pokemon to collect you will have so much to do in the game. Sadly the only thing that was not as great are some of the visuals in the game that look a bit dated.Pokémon Legends: Arceus Review (Nintendo Switch)