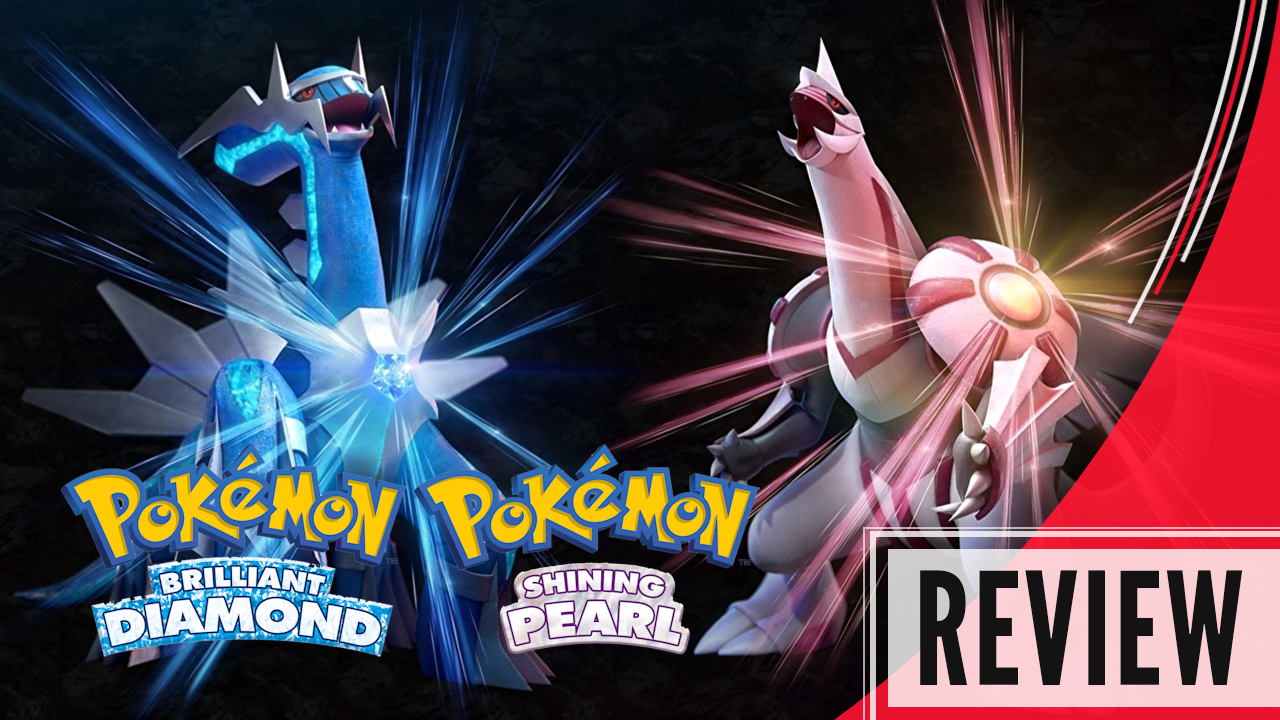 Pokémon Brilliant Diamond and Shining Pearl were released on November 19 on the Nintendo Switch. Developed by ILCA and published by Nintendo and The Pokémon Company. The games are almost a 1 to 1 remake of the original 2006 Pokemon Diamond and Pearl.

After spending about 40+ hours with the game and almost doing everything this game has to offer, I have to say that this game is almost the perfect 1 to 1 remake that I wanted of the game. It sure misses some of the modern graphics and open-world gameplay, but it takes some of the modern stuff that I did really love and make it a seamless remake from the originals.

Let’s start off with some of the minor things that I didn’t like, and there are only a few. There are only some minor visual glitches when riding on a bike, but other than that, I have personally noticed nothing off or out of the ordinary wrong visually. I sadly missed some pokemon of future games, I would have loved to see some return in the end game, especially since the games have evolved so much.

The story of the game is just as perfect as I remember playing as an 8-year-old, of all the pokemon games this game had for me the most nostalgia (together with Ruby) because I played it as a kid. Back when I was little I didn’t speak English but that didn’t stop me from enjoying it, and now that I do speak it, it really shines even more now that I 100% understand what’s going on.

The game looks visually just as I remembered, in 3D of course, but that 3D is almost so perfectly done that this game overwrites my memory of how the OG game looked because it’s so perfectly done. But with the 3D changes, there are some minor things that were sometimes a little bit annoying, like picking up some items on the floor that are invisible or going across a small ledge where you can jump down.

The Pokemon themselves are just as cool as they were back in 2006, and with the updated 3D visuals they can sometimes just look stunning in battle. The battles are so much more engaging than in 2006 due to the updated mechanics and animations that they didn’t have back then. In older titles, I would kinda auto-play the battles without paying much attention, but this time I was more engaged than ever and didn’t wanna miss any trainer or wild battle.

Collecting pokemon’s is just as fun as always, trying to catch them or evolving them to fill the Pokedex, but something negative that did follow from back in 2006 is that you can get locked for a week if you miss a specific trainer in a gym or if you are playing on any other day then Friday, and that is, of course, the Drifloon that comes out only on Friday.

The sound of the game is just as nostalgic as ever. From the battle music to the elite 4 and champion or just even the most boring locations, they all have the perfect theme to them. just as the rest of the game, it just hits that perfect nostalgia spot that takes you back to 2006.

Just as any pokemon game, there are 2 versions, but just as every pokemon game, this only has some minor changes, like the main legendary pokemon and some other pokemon you can catch. Other than that there are no significant changes that impact the game in any way, so it’s up to you to pick what pokemon you like more when picking up these games.

This game is in many ways almost the perfect remake that I have been wanting for a few years now. With a perfect balance between the old and new mechanics and the updated visuals that still follow the classic games you know and love. With updated visuals in the pokemon battles, it’s more engaging than ever and makes this the close to perfect pokemon experience for veterans of the series but also newcomers.