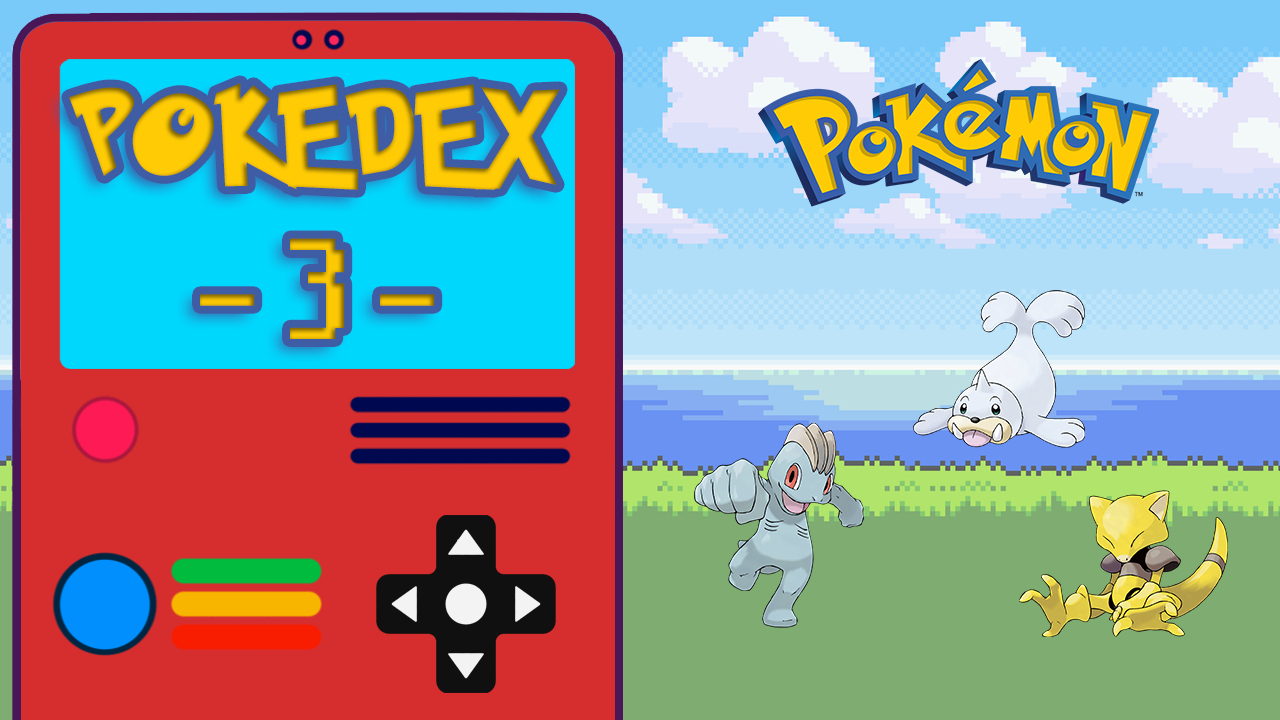 Welcome back again to PokéDEX! Our weekly series where we discover new facts about our favorite creatures: the Pokémons. We will check out between 3 or 5 of them every week. Ready to keep on rocking with us, in our new adventure? As always… Gotta discover ’em all!

Abra is a psychic-type Pokémon who lives in contact with humans in big cities, especially in abandoned buildings. It’s famous because of its psychic and telekinesis abilities. In fact, it uses them for almost everything: getting food, escaping from dangers and teleport itself.
Its name is part of an incantation used in stage magic, Abracadabra. It can also come from the Spanish word “Cabra” Which means goat. Furthermore, its Japanese name ( ケーシィ – Casey) it’s a reference to the purported psychic Edgar Cayce.

Machop is a fighting-type Pokémon introduced in the first generation. It likes living in the mountains, where it can upgrade its skills by spending its time and energy practicing all different forms of martial arts.
Its name comes from the Spanish and Portuguese word “Macho” which indicates a strong man and from the English Word “Chop”. Its Japanese name (ワンリキー – Wanriky) it’s a combination of the on’yomi readings of 腕 wan (arm) and 力 riki (strength).

Seel is a water-type Pokémon introduced in the first generation. It’s based on a harp seal pup and its fur is so thick that it retains both air and water to keep the Pokémon warm.
Its name obviously comes from the English word “Seal”, which indicates the sea creature. Furthermore, its Japanese name ( パウワウ – Pawou) may come from the Japanese onomatopoeia of a seal bark

That’s all for this week guys, see you next Thursday with a few new Pokémon to look at. If you’ve missed it, check my previous articles as well HERE and, as always: Gotta Discover ‘Em All!