Platinum Trophies We Should Be Proud Of 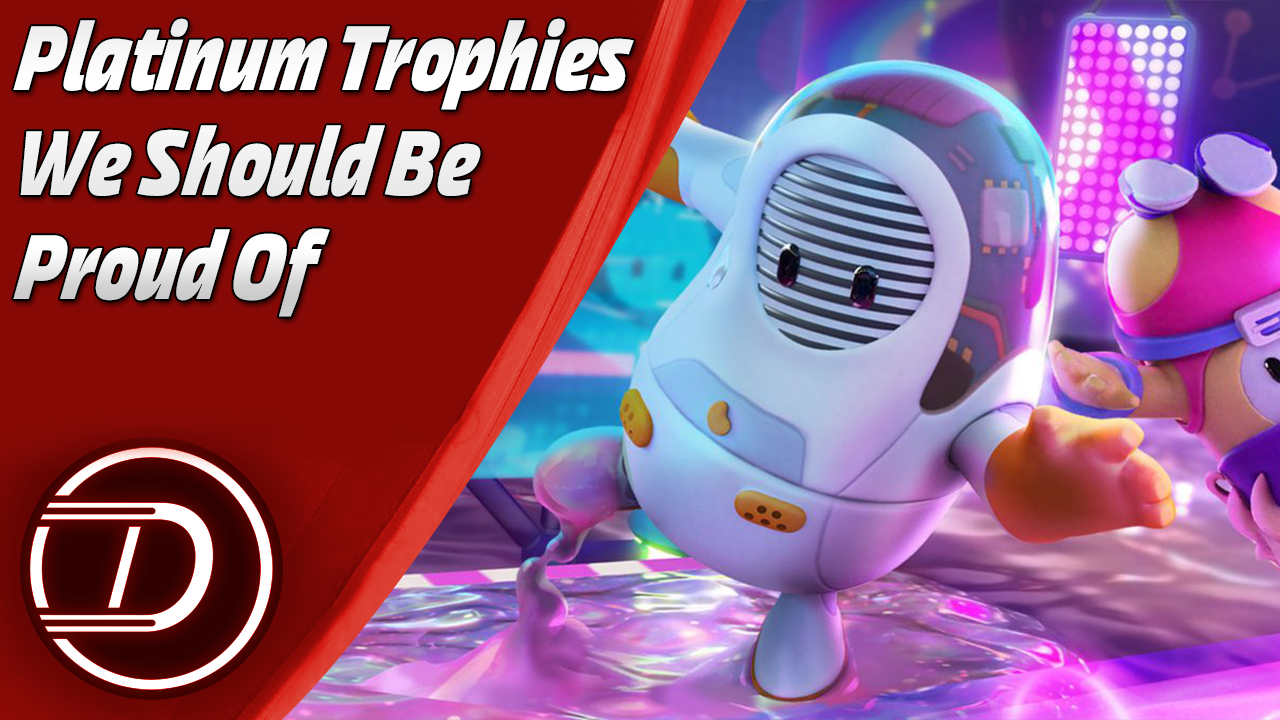 Welcome back to another team talk, where we share some stories, good and bad, and share our deepest and darkest gaming secrets (sometimes at least). This week we saw the release of Season 4.5 of Fall guys, and with that a ton of new glitches, one of them being able to pop the 5 wins in a row trophy really easy. Before that, it was a trophy to be proud of, but now, it’s a lot less worth having on your trophy list. So what are some Platinum Trophies We Should Be Proud Of?

The platinum that I am personally most proud of is The Evil Within. It’s such an original and amazing horror, so much so that it honestly is my favourite game of all time. I just love it heaps I really do, so that combined with the pretty crazy difficulty of akumu mode means yea it still brings me a little smile to know I conquered it! The PSNP stats on TEW is that 8,505 people succeeded in beating the platinum and so it sits as an ultra rare 3.90%.

However what I probably should be most proud of, is my actual rarest platinum, the infamous indie gruelling smash hit, Super Meat Boy. The PSNP stats for SMB are that despite it being 6 years old still only 505 PlayStation users across the world have managed to beat it, so it sits on a mighty 0.23% ultra rare completion percentage! The monstrous no death world runs might break you lol but despite this it is still one hell of a cool and fun platformer to play. One of the best.

It’s always deeply satisfying when you complete something incredibly challenging, so good luck gaming soldiers and have a blast with whichever beast you try to take down next! 🙂

Everyone has that platinum trophy that they’re proud of. Doesn’t matter if it’s easy, or hard, or it just took them a really long time. I have so many to choose from. Dead Space 2, Trackmania Turbo, The Evil Within 1! There are so so many! But if I had to choose one I’m really proud of, it would have to be Star Ocean The Last Hope.

This was a beast to tackle. But I also had so much fun with it. It took me over 700 hours to do, with 5 different playthroughs, and is what may have caused my trophy hiatus…but at the same time, I’m so proud I finished the game, cuz it was magnificent almost the whole way. Even though at one point I had a series of freezes that would set me back hours….but it’s also now my favorite game in that franchise!

For me a platinum trophy I was really proud of was of course Fall Guys, but not just because I unlocked it for myself, but also for the people in the discord I got to help out get it. We spend weeks helping people get the trophy and when we finally his 350 people with the trophy something happened that was kinda expected….. The game glitched and you could unlock the trophy super easy in a custom match. We still stayed up for 3 days and nights helping people and that number not only doubled in those 3 days but we managed to hit 800 people total. So I’m more proud of the people that helped along the way and the great friend we made during our countless hours of playtime.

Sadly the glitch is now patched, but we still help people get the trophy with 40+ people lobbies, so why not join our discord?