Our Most wanted Remasters 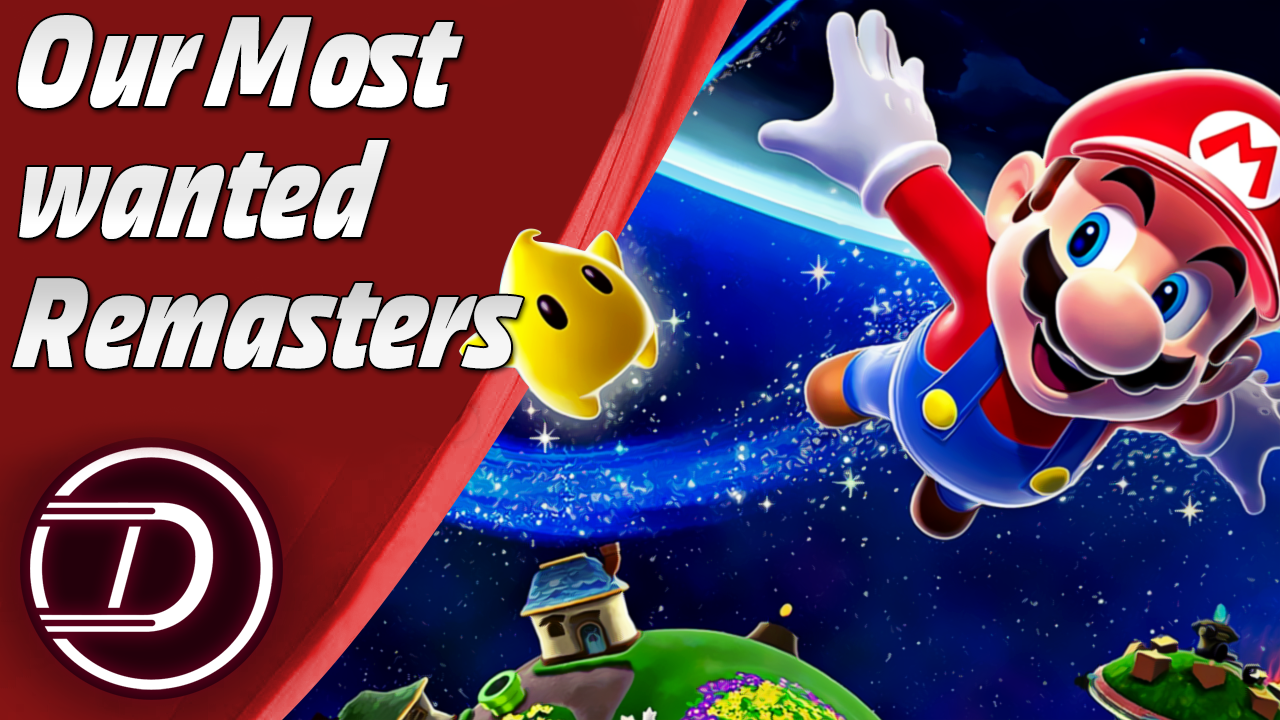 Welcome to Team Tuesday. Here we look at a recent or upcoming game and talk about something related to that game or just tell some tales of our video game adventures. This week we finally see the release of Final Fantasy 7 Remake after YEARS of waiting. The game took a while to make but the start was already there of course. This made us think about some of our most wanted remasters!

Remake. It’s a word that gives gamers hopes, dreams, and excitement. Everyone wants a remake of their favorite games. Some have received them! Medievil, Final Fantasy 7, Resident Evil! These games have been reimagined, made great, shifted the style of gameplay, and it’s made the games even greater than they were!

Now if I had to choose a game to get this treatment, it would have to be OniMusha. I can’t decide between 1 & 3, so I’m gonna say both. We can call it the Samonosuke Collection! As wild as it sounds, turns it into a hack and slash. Not in the style of DMC, but a basic one. With an upgrade system, and heck, even a level system! OniMusha Dawn Of Dreams did it, and that was a fun game! It shows that it can be done. Overhaul the gameplay, redo some story, rerecord some voice over! I would love to see that world from a different perspective! Imagine, Samonosuke running through the streets of Paris in an over the shoulder fashion, while demons come at him at all times, and then you cut them into pieces with your different swords. Then good ol’ Jean Reno, running around Japan, gunning enemies down, with his arsenal of firearms! There’s a chance to make two different styles of gameplay, and I think Capcom could capitalize!

There’s so many games that should get a remaster, but only a few that do. At least the ones that do, are usually really good though, so we got that going for us!

If I had to pick my top 10 games of all time, Super Mario Galaxy is definitely on that list. I just love this game, I never got to fully enjoy this game because I never owned a Wii, but I’ve watched chuggaaconroy’s play-through multiple times as a young kid it’s one of the original games that got me into gaming.

I’d love to see this game updated out of its original 480p into the 4k world with updated controls and fully remastered it’d be amazing. This game’s uniqe, fun, no dialog needed only an amazing orchestral soundtrack. I can’t describe with words how much I love this game and how much I’d enjoy it being remastered to current gen. It’s a sparkling gen that I want to see shine again.

I’ve mentioned before some games that would love to see improvements in and games that I feel have been degraded with the changes that have been in future release, but this time we are purely looking at a remaster. A game that you loved playing for what it is and would love to play again with simply improved graphics and gameplay.

For me this week I am going for an old title; Call of Juarez: The Cartel.
A first person gun-slinging shooter based around the wild west, “The Cartel” was not only action packed, but great fun to play.

I hold little hope of a remaster for this game as it has now been delisted due to a dispute between Techland & Ubisoft….. We can still dream through!

This week I will talk about a beloved game I have played back in the years and I would like to see it again now with a lot of improvements and graphics enhancements: essentially, a remastered version of an old game.

We all know how The Elder Scrolls V: Skyrim has affected our lives back in the past and how it is affecting them now with the PS4 and VR versions of the game, but I won’t talk about it in this team article. Instead, I will speak about the previous chapter of the Elder Scroll Saga: Oblivion.

This game was truly amazing and I would like to see a remastered version of it. C’mon Beteshda… I know you are already working on the sixth chapter (E3 2018 teaser trailer I’m watching at you), but while we wait for it… Can you give us The Elder Scroll IV: Oblivion Remastered? Sincerely… A huge fan.

So my original pick was going to be Saint’s Row The Third, but I kinda already know it was gonna be announced and you guessed it, they announced it yesterday. so my pick this week will be the other 2 that don’t even have trophy support and 1 of them isn’t even on a PlayStation console! and that is of course saints row 1/2. Saints row 2 was the first game I ever played on PlayStation 3 and I fell in love with the series right away and never stopped getting hyped up about everything saint’s row related.