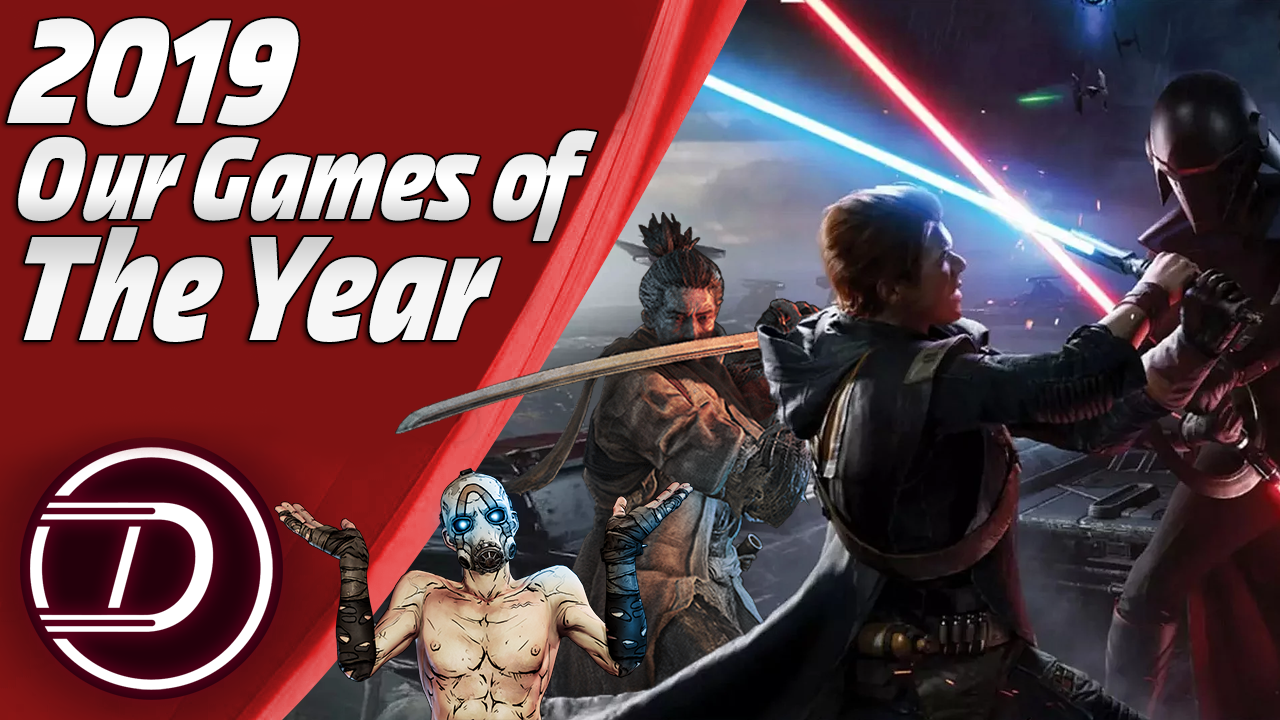 Welcome to Team Tuesday. Here we look at a recent or upcoming game and talk about something related to that game. The end of the year is coming closer and closer so this week we are going to look at some of our favorite games that came out this year.

This was a hard year to pick one for me, not because there are so many great games like usual but I felt like there was a lack of games that really grabbed me this year. But there are 2 games that really grabbed my while playing them 1 of them made me love an entire series of games and one was a remaster that I never played the original from. But my game of the year is the one that sparked my love for Borderlands. So, Borderlands 3 was kinda stealthy released in my opinion and got a lot of attention during release. I still jump in from time to time to just play a bit for fun in new game +, something I usually never do after getting a plat. The other game deserves an honorable mention as well, Resident Evil 2 Remastered was amazing, great visuals and gameplay that kept me on my toes the whole way through. I did not pick this one because it is a remaster, so it’s not 100% something new that we have not seen before like Borderlands 3, but that doesn’t mean its not one of the best games of the year.

We also have a trophy guide for Borderlands 3 so you might want to check that our if you go for the platinum trophy and also we are going to have a guide up for the newly released DLC later this week.

This year was a beautiful one for videogames as there were a lot of games which I was waiting for. The most awaited one was, for me, Sekiro: Shadows Die Twice; Why? Simply because I love souls-like games and everything related to Japan.
I bought it on the day-one and I finished it 2 days after because the story and the gameplay are truly amazing and they rapt me a lot. The graphic is astonishing too and the setting is something beautiful and filled with details that I spent about 5 hours to explore every inch of every part of the map. There must be a reason if it has won the Game Of The Year Award and this reason can be resumed with a single word: EPIC.

This year’s choice was tough as I didn’t play many games released in 2019. But, Jedi: The Fallen Order was quite a nice game for this year. Unlike the terrible Battlefront 2, Respawn entertainments, “Jedi: The Fallen Order” is the first single-player adventure in a long time and it was worth the wait. With the focus on storytelling, exploration and amazing lightsaber combat. It works with the elements of the Starwars universe to create something unique and interesting within the universe.

My game of the year may not be one that you’ve heard that much about, but with New Star Manager I knew as soon as I saw the game that it was going to be one of the games that I would enjoy the most.

For a long time, I had been wishing for a back to basics football management simulator that stripped away all of the minute details that have been introduced over the years and got back to the fun factor of what I used to love.

I plowed hour upon hour into this game and it still sits as my highlight of gaming in 2019.

Don’t forget you can check out my review and trophy guide for my pick of 2019!