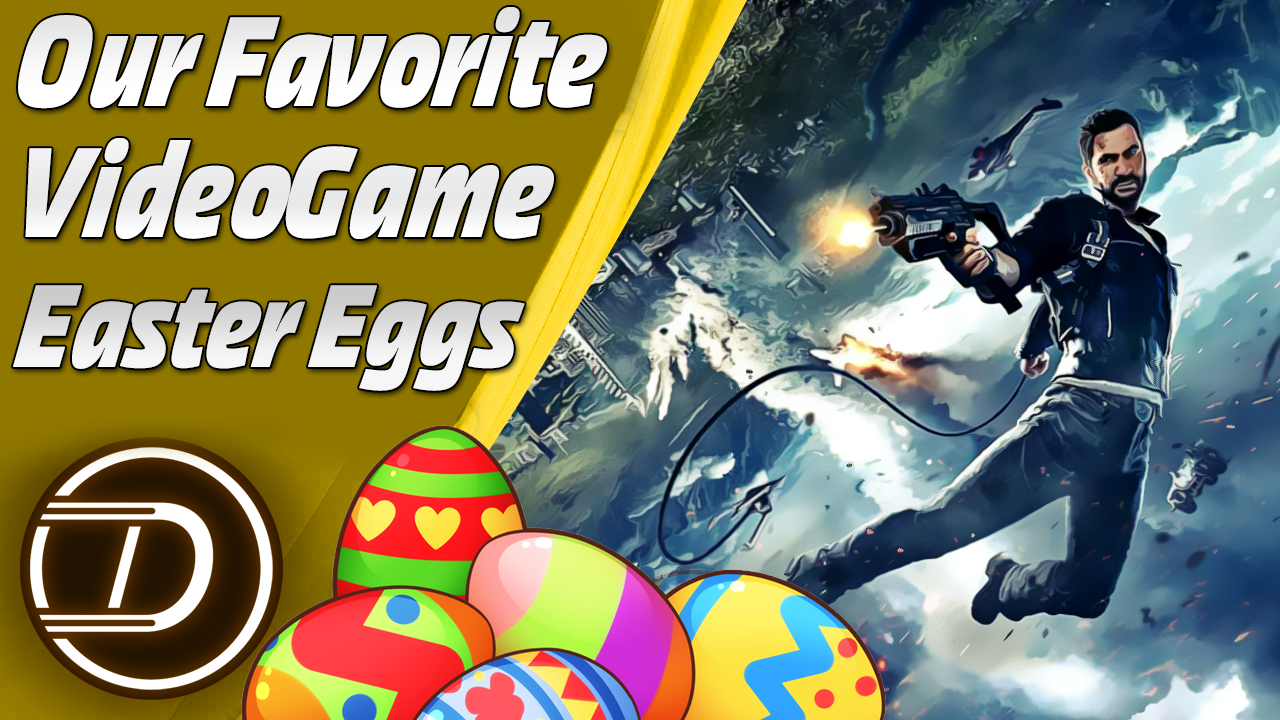 Welcome to Team Tuesday. Here we look at a recent or upcoming game and talk about something related to that game or just tell some tales of our video game adventures. It was Easter this past week! So what fits better then talking about some of our favorite Easter Eggs that we have found over the years.

When I was a kid, I used to spend a lot of my spare time on my NES. One of the games I completely wore out was Duck Hunt, a classic shooter videogame back in the years. Sometimes, I love to play with it again just to feel retro (old is too much)…

However, one day I plugged my Zapper inside the first port of my NES, a controller into the second one and… Surprise surprise! I was able to control the duck’s movements with the controller.
I didn’t know the “Easter Egg” meaning, so I didn’t think it was anything special but I felt like I had discovered Atlantis.

The Nuketown 2025 map on Call of Duty: Black Ops 2 provided us with not just only an insane online battle map, but also one of the weirdest Easter Eggs of modern gaming.

For those that have not come across this one all you had to do was shoot off the heads of all the mannequins within the main map under a certain amount of time. This then gave you access to play some Atari Classic games on the giant screen located within the middle of the map.

This certainly was a weird addition to a Call of Duty game, but a fun one nonetheless!

Easter! Easter chocolate, Easter candy, Easter presents, and most importantly, Easter Eggs! They’re everywhere. Even in movies and games! Some are obvious, some are little tidbits you really have to look for.

Now, my favorite Easter Eggs are very obvious ones. In the Tales Of series. There are post-game optional fights in just about every Tales game, where you’re pitted against characters from other Tales games! It’s so fun to see, and fun to beat up your favorite character, or even your most hated characters, if they’re there of course! I’m sure there’s a lot more Easter Eggs in some games, referring to others, but these are my most favorite, obvious ones.

Now, just because you can beat up other game characters, doesn’t mean you don’t have to be prepared! They’re usually all quite hard. So if you don’t prepare yourself, you’ll get beaten into a pulp and have to do the walk of shame, while your most hated character does his victory dance over you!

I never really cared about Easter Eggs in recent years because they don’t always give you stuff anymore, but some of my favorite weapons in saints row are part of an Easter egg.

Well, There are 2 actually, there is the employee cave where you get a small gun from Man in Black (i never saw the movies, so i think at least its from there). This gun is so overpowered and shoots a massive explosion. The second Easter egg that i really love is of course the D*ldo-sword cave. The made a announcement that that weapon would not be in saints row 4, but then it was there as a Easter egg in a specific cave.

As an extra, there was also a cool flying witch broom that you could get if you ran in a circle on top of one of the giant towers. You don’t really need any transportation in saints row 4 but it was still pretty cool.