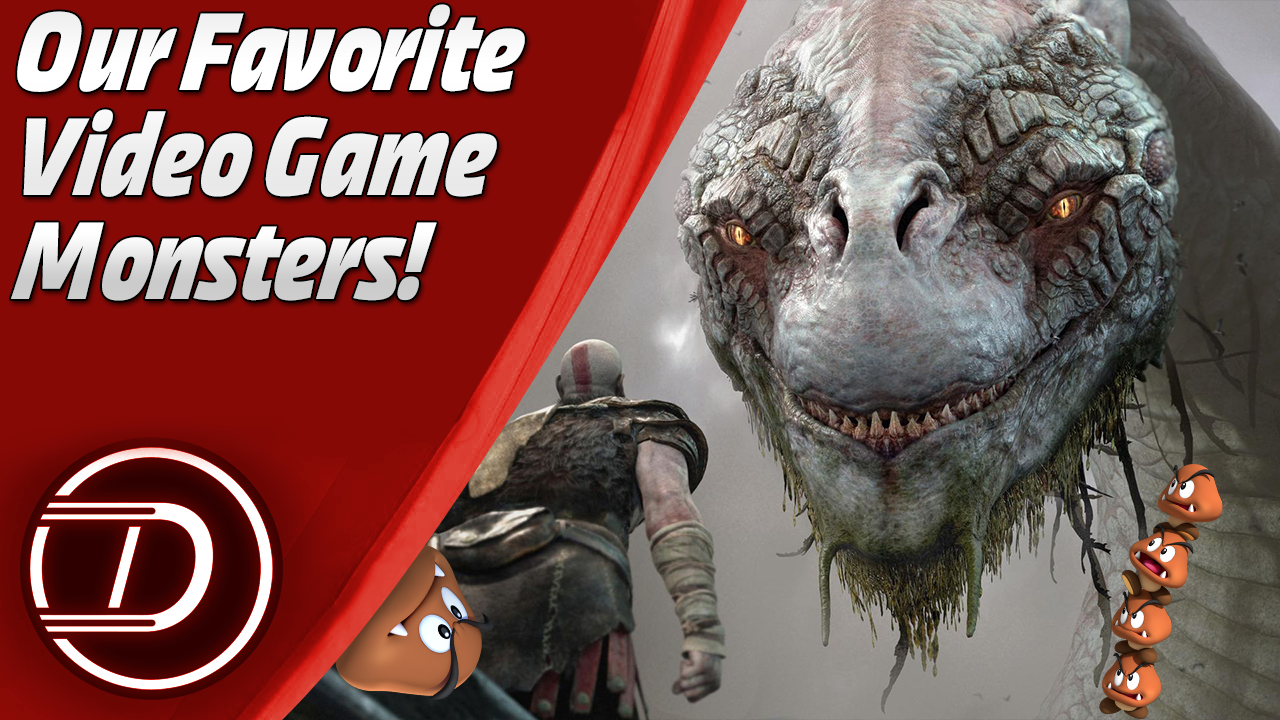 Welcome back to another team talk, where we share some stories, good and bad, and share our deepest and darkest gaming secrets (sometimes at least). This week we will see the release of Nier Replicant ver.1.22474487139…, and the game has a ton of cool monsters, but of course, there are a ton of cool monsters in a lot of games as well. So what are some of Our Favorite Video Game Monsters? Last year we did one on Video Game Creatures, so please give it a read if you want here

Just thinking about this topic makes my head spin, what is a monster? well, in my eyes, the massive snake Jörmungandr from God of War 2018 is one of the big ones that comes to mind. it’s just so cool, not really a monster you can fight, but it still is a massive beast that would wreck some S**t up if needed.

The Evil Within – Laura!
So many awesome monsters in horror games to pick from, but one of my all-time favorites, that breaks me every time, the creepy and terrifying Laura from The Evil Within! Every time I had to fight her I’d be excited but petrified! Maybe it’s because I have a pre-existing fear of spiders that because of those sexy extra legs of hers (lol) even the sheer sight of her would make me shudder! Or the way she moves, or shrieks, god just what a woman. <3

This article is about monsters and it can’t be complete without a bit on a From Software game and Bloodborne is, in my opinion, the best game ever developed by them. The whole game is amazing and speaking of monsters it’s full of them but the best one for me was the Mergo’s Wet Nurse boss. The animations, the boss soundtrack and the pathos during the whole fight is Bloodborne in a nutshell. You enter the arena, you only see a cradle with a crying baby inside, you get close and BOOM. A sort of grim reaper with tons of schytes fall from nowhere and a carillon begins to play in the background. The nightmare was only at the beginning but I was completely speechless already.

Just about every game you play, there are monsters or creatures you have to kill or destroy or absolutely obliterate with all of your might! Some are iconic, some are your favorite, and some are…well some are bad. But one of my favorite monsters in video games, are Goombas!

That’s right, Goombas. The very first thing you see creeping your way when you start up Super Mario Bros, and the thing that so many gamers died too. Probably every gamer in the history of time! Why are they one of my favorite? I’m not sure. Maybe it’s a nostalgia thing. Maybe it’s because it’s the first creature I ever defeated in a video game, or maybe it’s because they really try to get you with all their types of weaponry! Like in Mario Bros 3, they employ boots to try and bonk you. Or they get wings to flap through the air! But it’s definitely fun in Mario Galaxy to flip them over and then give them a smack! So what’s one of your favorite video game monsters or creatures? Whether you kill them or not.