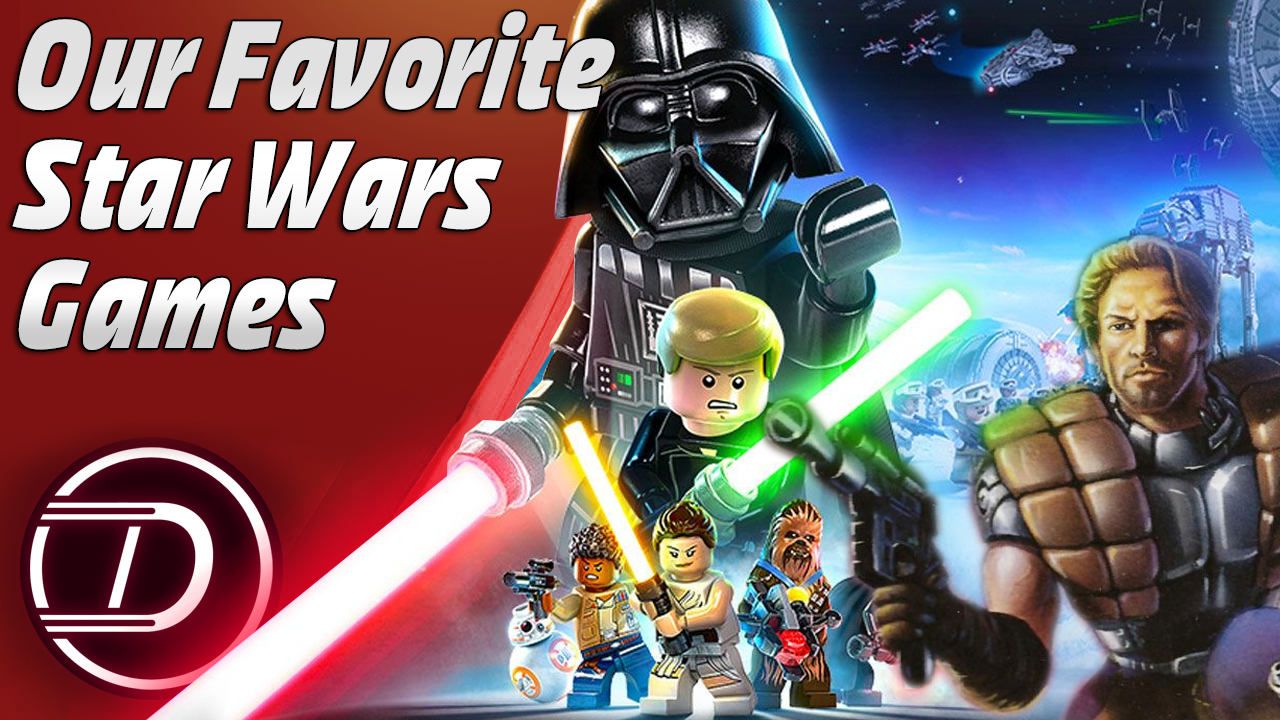 Welcome back to another team talk, where we share some stories, good and bad, and share our deepest and darkest gaming secrets (sometimes at least). Today is May the 4th! and that is star wars day! so why don’t we take a look at some of Our Favorite Star Wars Games?

Star Wars is far from being my favorite anything, but it does rank high in one of my favorite game series, and that is, of course, Lego Star Wars 2! I remember Lego Star Wars is one of my first Playstation 2 games, so when they made a 2nd one with all the movies that were out at the time I remember being so happy about it. Every now and then I still boot up the good old Playstation 3 just to play it for an hour and relive the memories I so fondly remember, from Bowling in the main hub to Defeating Anikin Skywalker in the levels from the 3rd movie.

May The 4th be with you everyone! Today we are looking back at all of our most favorite Star Wars games! Star Wars has been around for so long, that there are a plethora of games to go along with the series. There are platformers, not very good fighters, shooters, even racers! But my favorite is a mix of Shadow Of The Empire, and OG Battlefront 2, because I’m old!

Shadow Of The Empire was a game I had on replay as a child. I never beat it, but my gosh it was so fun. For some reason, the game also scared the heck out of me. Especially the first level, where you fight an AT-ST in the caves of Hoth! Then with OG Battlefront 2, so many weekends of my teenage years were spent with my cousin and brother, just playing the game over and over and over again. It took everything that made the first one fun, and upped the ante. There was a coherent campaign. The levels were fun, and there was space combat! You even got to go into the enemy’s Star Destroyer Battleships, and blow them up from the inside! There was also the galactic conquest mode, which saw you fighting to retake a galaxy. It was sort of like a tactical mode. Where you got to choose your level. I wish I had those experiences again because it was so good and fun!

*Ess is a heathen who has never played a Star Wars game so she is out on this one!*

There’s no doubt that Star Wars: Battlefront II (2005) is the best Star Wars Multiplayer game and Knights of the Old Republic is by far the best original Story and RPG Star Wars game. But, when it comes to my favorite Star Wars game I have to go with Lego Star Wars: The Complete Saga. With a 10/10 rating on steam and a 99% on Humble Bundle, this game must be doing something right to earn those ratings and acclaim. The Complete Saga follows the story of Episode I: The Phantom Menace all the way to Episode VI: Return of the Jedi. This game is an absolute classic and will always be one the best Star Wars game that follows the original Story from the first six films. Something interesting is the fact that there is no voice acting, this game came out before Lego games had voice acting so the whole story had to be told through visual storytelling. Not only is its visual storytelling funny, but you are also still able to understand the general story that was trying to be told without even a single bit of dialogue. This truly was the golden age for old-school lego games and star wars games. Nowadays we have Star Wars: Battlefront II (2017) which was quite the failure, infamous for giving players a sense of pride and accomplishment and we’re currently waiting on Lego: Star Wars the Skywalker Saga, which has been delayed twice now, I can only hope that it turns out well as I’d really love to see a new Lego Star Wars game that hopefully recaptures the glory of Lego Star Wars: The Complete Saga.