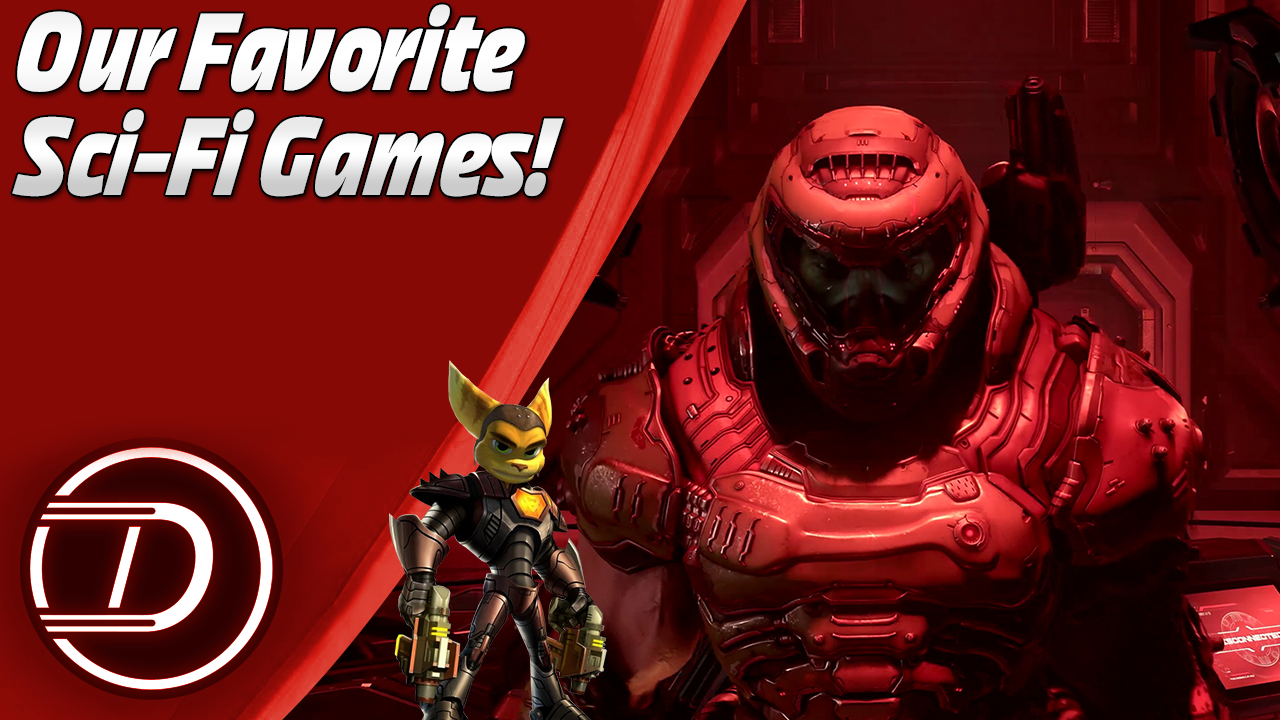 Welcome back to another team talk, where we share some stories, good and bad, and share our deepest and darkest gaming secrets (sometimes at least). This week is the release of the long-awaited Playstation 5 Exclusive Returnal. So what are some of Our Favorite Sci-Fi Games?

Oh yes! Aliens! Space! Futuristic craziness! The good stuff! Alright 3 strong favorites come to mind when I think of my fav sci-fi games, I’m not sure I can pick between them which is my actual favorite… But it is between Dead Space, Alien Isolation, and DOOM! Yes horror sci-fi’s still count XP

I last spoke about Alien Isolation recently for my trophy hunting origin story, so I’ll give the other 2 some time and love right now. Dead Space, an absolute stonker of a PS3 classic! Set hundreds of years in the future, in a time where humanity has mastered space travel, but of course, all hell breaks loose! I haven’t met anyone who hasn’t had a blast playing this game. There’s something so satisfying and enthralling about the gameplay/story/setting/everything! If you have been living under a rock for 13 years and somehow haven’t played this game then I implore that you do! It needs to be on everyone’s gaming bucket list.

DOOM… Oh DOOM how I love you. Basic premise is you are a space marine, set on Mars, and yea guess what all hell breaks loose again *quite literally*, those demon’s are real mad at you for what you did so you better get your demon slayin boots on. If you are.. Of a certain age (lol) you won’t help but have a special place in your heart for the 1993 original, it was kinda ground-breaking! One of the pioneering FPS games, and introducing 3D graphics, and aswell as making these bold new steps for mankind, it also just bloody oozed awesomeness and was crazy good fun to play! Later installments the PS4 DOOM game that released in 2016 I gotta say IMO was absolutely fantastic. It received mixed reviews but I thought it was pretty damn phenomenal. Now we’ve recently in 2020 had DOOM Eternal released, I’m a busy girl n haven’t gotten around to playing that one yet but I’m pretty excited for when I do!

Sci-Fi is something that gets a bad rap. Whether it’s TV, or Movies, or Video Games! There are so many people who think that if you like Sci-Fi, you’re a big nerd. But on the flip side of that, Sci-Fi is really hard to get right. It’s not all just space, or future stuff. There is so much bad Sci-Fi stuff, but there’s also so much good. I have a lot of good games that jumped into my favorites pile not only because they’re Sci-Fi, but because it’s done so well! One of them is Alien Breed 1-3 on PS3!

Now Alien Breed plays like a twin-stick shooter. You go around a derelict spaceship that’s filled with aliens, and get new guns that you can upgrade, and decimate them in any way you can. Now the game itself wasn’t well-received, mainly because each level consists of basically the same thing. Kill aliens, find a key card or power switch to get through the door. Oh, something else went wrong? Go fix it. There is also some coop in each game that was also really fun to go through. In one of them, it was just a wave defense thing, but in others, it was a full-on story, separate from the campaign. If Team17 said tomorrow that they were doing a remaster for this trilogy, I would easily buy it again, because I enjoyed it so much! Then again I could always redownload them all and play them on PS3… decisions decisions…

Sci-Fi is not really a type of game I’m interested in, but one of my favorite games in a series I’ve been in love with for ages does have a sci-fi feel to it, and that is of course Ratchet: Deadlocked, or what it was called for me in Europe, Ratchet: Gladiator. The game just fills all the right boxes for me and still feels like an actual Ratchet and Clank game.

As a kid i have put so much time into to it, i remember coming home and just playing that for weeks on end and just grinding out a ton of bolts and getting to NG+ like 10 times.