Our Favorite Moments From the PlayStation 5 Reveal Event 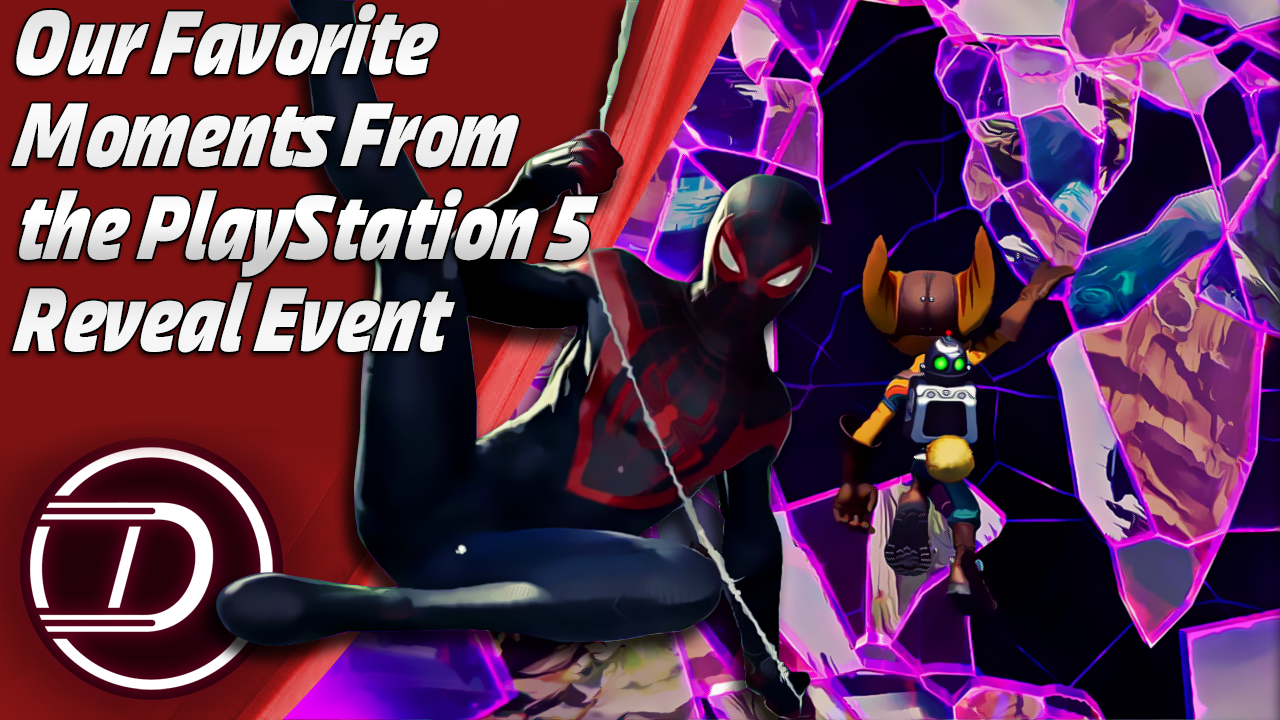 Welcome to Team Tuesday. Here we look at a recent or upcoming game and talk about something related to that game or just tell some tales of our video game adventures. This week we finally saw it happen. The big reveal of the playstation 5. So here are some of Our Favorite Moments From the PlayStation 5 Reveal Event.

Currently we are working on changing the team articles and putting something in its place every Sunday. But this is not the last time we are going to do a Team Tuesday, it will return for special occasions or just some cool ideas.

So I had dibs this week on ratchet and clank…… But Oni also really wanted to talk about that, so let’s pick something else. There was so much goodness during the event. The spider-Man game has me so hyped! I love spider-man and everything Marvel, so this is a must-buy for me. But another game I really loved but wasn’t at the start is Bugsnax. It reminds me of knack in the end. But the thing that sold me on it was the second I heard Kero Kero Bonito, I love them so much, their music is great. listen to Kero Kero Bonito! I got the song stuck in my head. ITS BUGSNAX!

I’m a gamer at heart and have been with PlayStation since the PS1, so I was like a little kid at Christmas when we finally got a confirmed date to show us what the latest offering from PlayStation has to offer.

For me the whole show was immense, it had me on the edge of my seat the whole time and I was blown away by a number of different games, over and over!

My problem is; I’m not that into the tech and what power the PS5 has got etc, nor am I that really bothered by how the graphics have changed and been enhanced (most of my games I play are from Indie Studios as it is), so what was it that got me so excited about the whole thing…?!

The showcase came to life for me when we finally got to see the PS5 in all its glory. The gleaming White Machine with Blue Neon that will occupy a prominent place in my gaming setup for many years to come. To top that off we were offered additional peripherals in the same gleaming style.

I’ve already cleared a place on my shelf for it and cannot wait to get my hands on the PS5!

11th of June 2020. This day finally arrived. A new gaming era began. Playstation 5 is now a reality and it’s ready to change the gaming world, again. The conference had fantastic transitions and plenty of announced games but there were 2 between all of them that caught my attention (if you don’t count demon’s souls… all fans of the soul’s saga were waiting for it): Kena: bridge of spirits. This game looked amazing under every aspect. It was like watching an interacting Disney Pixar movie and I really love it and cannot wait to play it. Project Athia: we don’t know a lot about this game but the trailer. Square Enix has always released good games and I’m looking forward to playing this game too. Not much to say but the developer is a guarantee so… Let’s hope for the best!

So many things lately have helped build the hype train for the next generation of consoles. From games shown, to hardware specs, to the look of the consoles. All of us have had our favourite things from all these reveals. But from all of these, my favourite, was a new Ratchet and Clank game.

During the Ps5 reveal event, we got shown a brand new Ratchet and Clank game! This series has been missing almost all of Ps4s life cycle. Sure there was the remake, early in the consoles life cycle. But that was only one. On PS3, there were plenty! The original trilogy got remastered. We got a whole new trilogy. We got side games! We got a 4 Player Isometric Coop Adventure, that sure a lot of people hated, but I enjoyed it so much! If we count every Ratchet and Clank game on PS3, you get about 10. 10!!!!!! So, that’s why, from the Ps5 reveal event, Ratchet is the thing I was most excited about. I’ve missed this Lombax and his Metallic little buddy, for years!

Now, yes I’m excited about everything else, but this was my game of the reveal. But the question is, will we see another trilogy come to life? I hope so.