Our Favorite Animals In Games 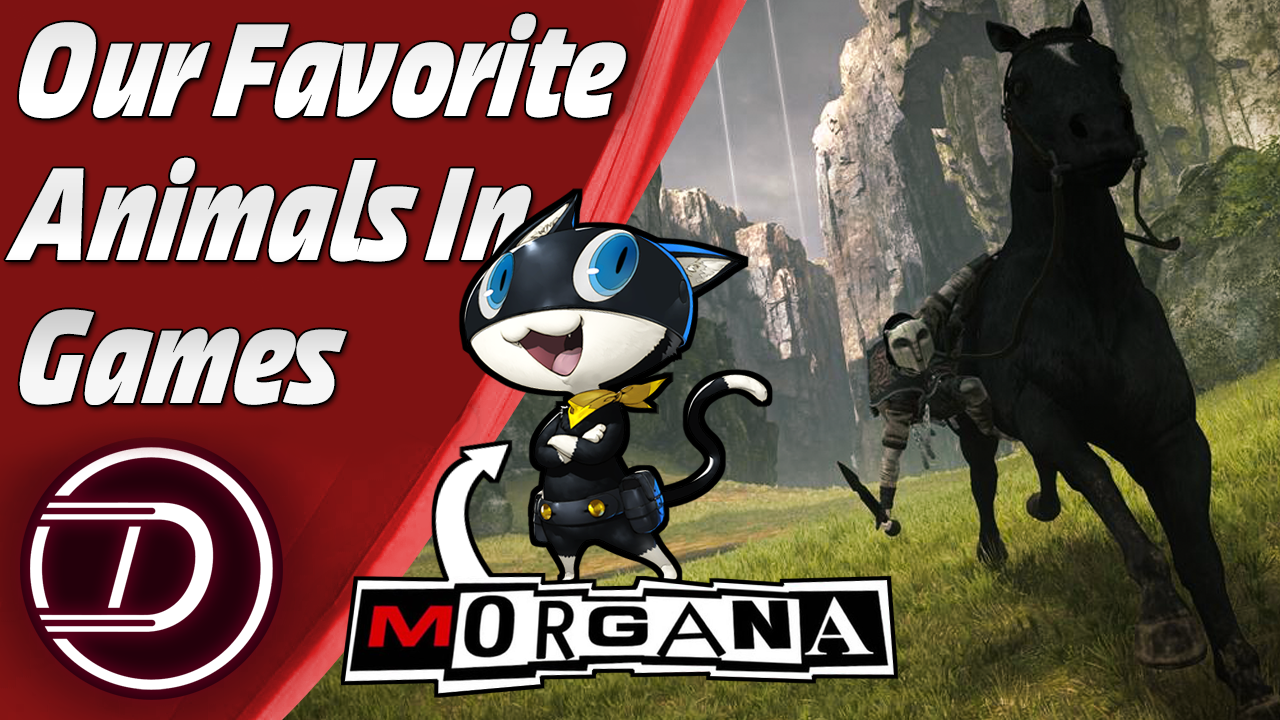 Welcome to Team Tuesday. Here we look at a recent or upcoming game and talk about something related to that game or just tell some tales of our video game adventures. This week we finally see the release of the long-awaited Animal Crossing: New Horizons. There are a lot of furry friends in the game so that made us think about some of our favorites across the games we played.

Alright, here we go again. Persona 5 (I should keep count, this is number 6 of the like 20 we did, gg). I love persona and its characters. Morgana is a talking cat! who doesn’t want that! He has some witty comments and is super helpful throughout the game.

There are a lot of animals that I can pick for this article, but my love for Goat Simulator has prevailed over the other games.
Why? Because your main character is a freaking goat and your main goal is to generate as much chaos as you can around the world. A GTA based game where your insanity becomes true: you can destroy stuff while doing backflips; no physics (if there is any, it’s completely bugged in a good way); Bugs everywhere!

That’s the perfect game to make epic things while having a lot of fun. Take a break from hard, heavy and high budget games with this insane simulator, become a GOAT and free your destructive side!

This was a difficult choice. There are many animals I could have picked from. But, my choice for this week was Argo from Shadow of the colossus

In the empty forbidden lands, Agro was Wander’s only companion. This horse wasn’t just a way for Wander to move quickly across the huge map, she was integral in the defeat of certain colossi and was heavily the reason for Wanderer’s success.

Agro’s speed comes in extremely useful to Wander in many battles, either by keeping him from harm versus #9 Basaran and #10 Dirge or by allowing him to catch up with a fast-moving enemy such as #13 Phalanx.

Who doesn’t love dogs? The legend says these beautiful creatures are “Man’s best friend”; the legend is not wrong!

Dogs have played a major part in many videos during the past, but none of them, in my opinion, can match the cuteness of those wonderful friends you meet within PlayStation Vita Pets.

If you’re a dog lover and you’ve not tried this game you are missing out! Not only do you get to train your perfect companion, but you also get to mold them into what you’ve always imagined.

This is certainly a hidden gem that I thoroughly enjoyed and would recommend to others.

They’re cute, fluffy, adorable, cuddly and sometimes vicious killers! Animals in video games come in all forms. But none of them measure up to, an Ottsel. What’s an Ottsel, you may ask? Well, it’s from a dormant IP called Jak and Daxter.

Titular character Daxter, is out and about one day, and he falls in a tank of Dark Eco. Which is the games form of, let’s say chemical waste. But instead of killing him, he transforms into a weird Otter/Weasel hybrid. Not only is he adorable and small, but it just makes his attitude that much better! He jumps on people’s faces, can go in small areas, and even battles giant creatures!

Now, there were plenty of choices for this one, but Daxter would literally kill all the competition…. literally. And when the choice is that narrow, you have to pick the last man….. Ottsel standing!