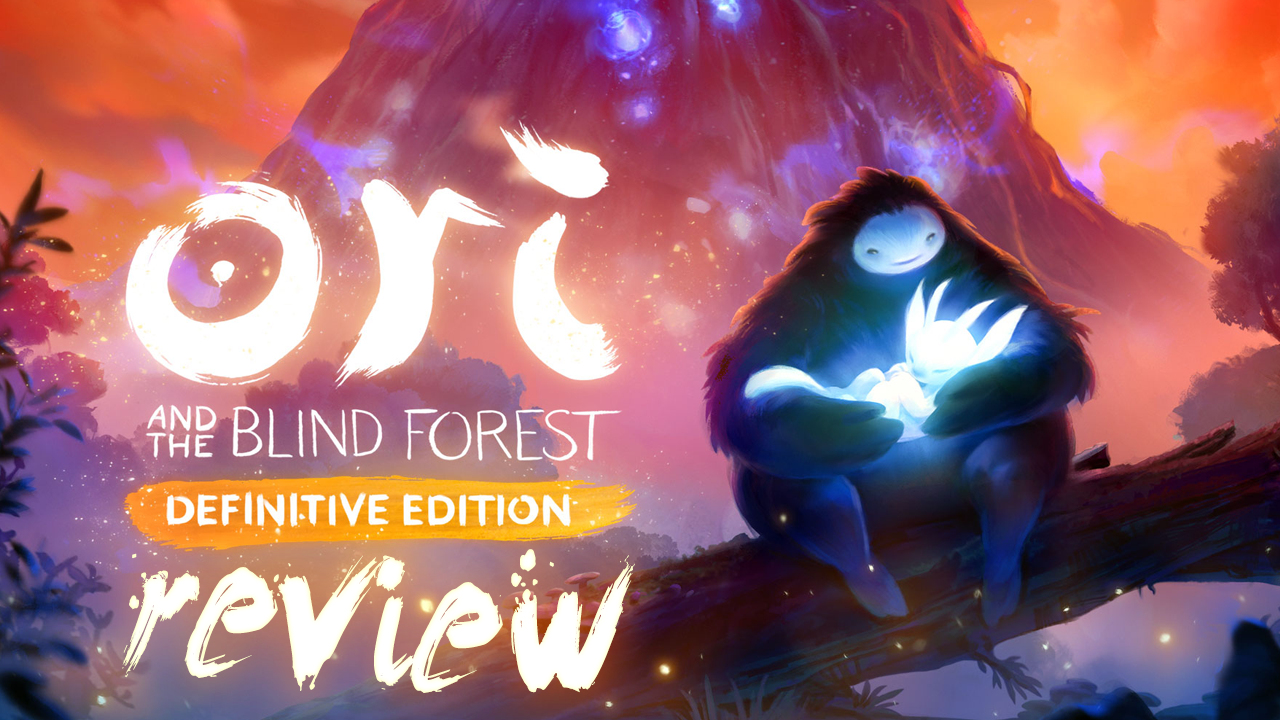 Ori is a Metroidvania, created by Moon Studios, and was an Xbox One exclusive before it found its way to the Nintendo Switch in 2019

The Forest of Nibel is dying. Ori has been called upon to take up the mantle to save it. As a being of light, only Ori can accomplish this mission. Through caves and mountains and snow fields, you’ll encounter friends and foes alike.

I loved this game. The story was simple and very heartfelt. There wasn’t much dialogue or talking, but you could feel the raw emotion from the characters and environments as you travel through Nibel, finding out what happened and howntl fix everything. This game was a whole lot harder than I anticipated too! But we will get to that. It looks, sounds, and plays phenomenally. So let’s get down to it.

So, Ori is a platformer, first and foremost. My god what platformer it is. It’s tight and responsive, and by the end of the game, you’re zipping around areas with your high jumps and your dashes and your many abilities! In the case of most Metroidvanias, there’s a ton of secrets to find. I didn’t go looking for all of them, but I still cleared out a good chunk of the areas. Though I did miss some health upgrades and skills from the skill tree. The one thing I had trouble with is some abilities. But that may be in part to how I hold my controller. With a specific ability tied to each trigger, I found myself fumbling sometimes to hit the one I needed. But as I said, that’s my fault, not the games. There is an ability though that I felt could be done better, and that was the wall super jump. Holding the stick away from you, then needing to roll it up or down, sucked. Sometimes it would stop my jump because I left the zone on the controller. But that’s my only control issue.

Now just because it’s cute and Ori is adorable and the game is a heartfelt trip, doesn’t mean it pulls any punches. It may show you where to go, but not how to get there. You may have to backtrack through two other areas to get to the spot you need to go, or you have to find an ability to break a wall. Also, the game is really hard! Not even just combat either, I mean platforming! In my 7 hour run, I died at least 250 times. About 75% of those deaths were during platforming sections too! I eventually hit a point where I was saving after every section, considering you have the ability too. This was easily my favourite mechanic. No enemies around, and you wanna save and use a skill point? Done. No waiting for a big save spot.

The enemies on the other hand are brutal and cunning. You can’t just run through them expecting an easy win. You have to take your time, figure out their attacks, and strike accordingly. Sure you have a range attack, but you still need to be in range to target them, as it’s an auto lock system. The one downside to the enemy selection though? There’s no boss enemies. Zero. It was a letdown, especially considering there’s dungeon type levels in the game! But least I know there’s a lot in the sequel!

Now this game amazing. The music fits for every area, and in the hype of the story, the music punches the feels button and gets you going. Nothing feels out of place here. From amazing lava, to murky water, to foggy caves, everything just fits. It all conveys the emotion from the game as well. There’s almost no dialogue throughout your journey. But the art direction and music make up for it. You feel the sadness and conviction of the villain. Not through words, but the music. You feel the despair in the land. You see it. If anything, words would harm more then help. The one thing I wish could’ve been changed, is if Ori wasn’t so bright. There were some areas where I just lost track of myself because of how stark white Ori is.

There is quite a bit here. I can see myself replaying it for a multitude of reasons. With in game achievements, and challenge runs and higher difficulty levels, there’s always a reason. Unless you finish everything of course. But there’s an achievement for not using any skill points. Play on Hard. Don’t die once. Heck, there’s even a One Life Mode! So you die, that’s it, it’s over! So if I ever feel the need to challenge myself, I have tons to do. Unfortunately, there’s no leaderboards to compare speed run times with friends though. There’s also no real unlockables for doing multiple runs.

Want to read some more review? Check them out by clicking Here!