Wield your weapon of choice and jump into NARAKA for all its exciting upcoming events! 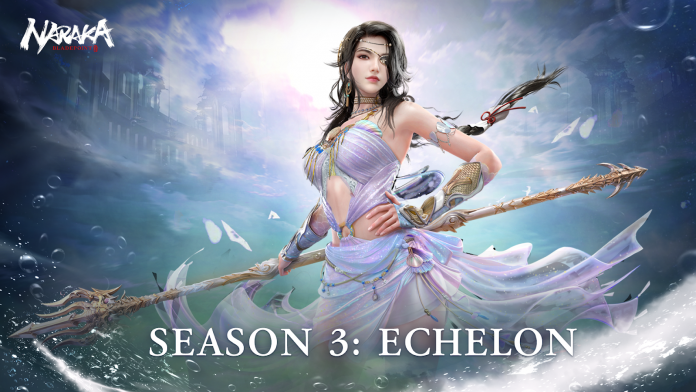 Leading Chinese developer 24 Entertainment are pleased to be able to provide new players with the chance to try out NARAKA on its free weekend, special event sales & a brand new season update, all appearing in-game soon.

Starting on February 13th, Echelon will introduce an electrifying fire and ice theme, teasing the arrival of a new female hero, Justina Gu, who will launch later into the season. Alongside this, the new seasonal event Spring Blooms will also be available, allowing players to collect Blossom Branches by completing in-game missions, which can be redeemed for exclusive Valentine’s Day rewards, including the special emote Envy, and Avatar Fate Entwined: Dawn/Fate Entwined: Eventide.

Additionally, a Duo Mode is now available in ranked following the massive demand from fans. Big changes to the Souljades system have also been made, with more Souldjades joining NARAKA: BLADEPOINT. These include exciting changes such as a Souldjade which can save players from death, steal health, or even cast thunder when dodging attacks.

All of this content will be available in the new Echelon update on February 13, signaling a thrilling future for NARAKA: BLADEPOINT.