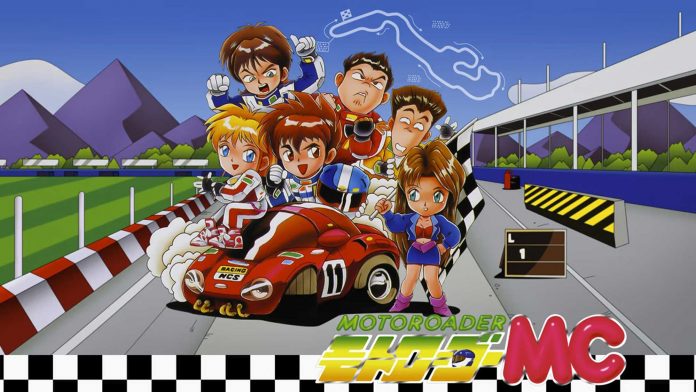 For the 1st time since 1992, Moto Roader MC has returned for modern consoles, but does it hold up to today’s standards? Here is our Moto Reader MC Review (Nintendo Switch)!

Moto Reader MC is developed by Shinyuden and published by Ratalaika Games. It came out for Playstation, Xbox, and the Nintendo Switch on February 2022.

In short, no, the game does not hold up to today’s standards. This doesn’t mean it’s a bad game at all, but it does feel a bit boring and outdated when you play alone. What I do see is the potential for a party game when you have a few friends over.

The controls can be a bit annoying at times, especially in the beginning, but this game really is just trying over and over again to keep beating the other racers. You can leave bombs behind and shoot rockets ahead of you, but you need to aim carefully and at the same time dodge the other rockets as well. When you get hit you spin around and can sometimes put you backward and then you need to turn around again.

There are a few game modes to play. The usual things like the basic races and time trials but they also have some type of 1v1 top-down rocket league mode. Sadly that mode is not really playable against the CPU because it will just standstill.

Visually the game looks nice, everything is clear and it just has a nice color to it. I never played the original version of Moto Roaders MC so I’m not sure if they added stuff but the game is fun to play and look at for a little bit, and it just enhanced everything if you play with friends.

While the game is super boring alone, the potential in the game comes from the multiplayer aspect of the game. There are a few different modes to explore that can cause some fun chaos among friends.Moto Roader MC Review (Nintendo Switch)