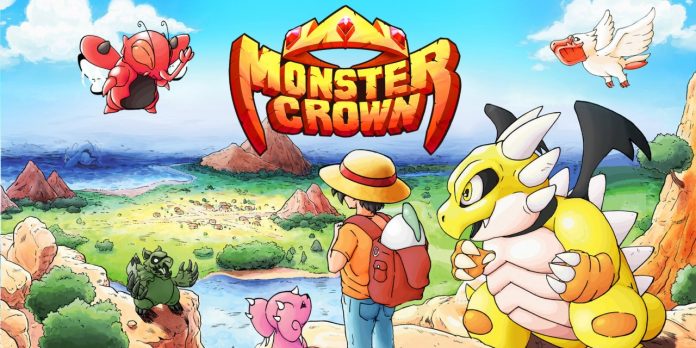 Monster Crown is developed by Studio Aurum and published by Soedesco. It came out for PC in 2020 and got ported to Nintendo Switch, Playstation for and the Xbox One in 2022. The game follows the typical Pokemon-style gameplay but with a few twists and custom options to bring a new experience to players.

Technically, the game is a mess, but it’s nothing that stops you from playing or hinders your game a lot. The monsters sometimes don’t spawn in or it takes a bit to find one to battle, this gets a bit tedious sometimes when you wanna train and level up but can’t find anything. Also during battle, the game sometimes just skips your turn without any reason and it speeds through the attacks and leaves you without really knowing what’s going on most of the time.

While the game is a technical mess, it also has some technical things that kinda make up for it. This includes the settings, there are build in options to do Nunlocks and just has a ton of randomizers. So for people that love making the game a challenge, this game does have that edge over pokemon.

The game is pretty fun, its story is kinda forgettable but it is a generalized pokemon game, instead of a team you are going up against gangsters but there is some other stuff like a king that has come to power with the help of the dad of the main character and a big open world to explore.

Visually I have a bit of a love-hate relationship with it. On screenshots of other platforms, the game does look great, but for me, while playing I felt like my game got corrupted by getting a missingno in pokemon red. Some of the visuals just look out of place and really glitchy. What does look nice are the sprites of the Monsters themself. The Monsters really are the saving grace of this game with its story. I wish I could review the sound as well, but every 2/3 minutes after turning it on, it would just turn off again, after a few times I just had to give up on that.

While the game is technically not great, its charm and the interesting world make up for that. If you love the classic pokemon games I do recommend you check this out, because the game is a lot of fun.Monster Crown Review (Xbox One)