Mesoamerican-Inspired Platformer ITORAH Gets a Release Date and New Trailer 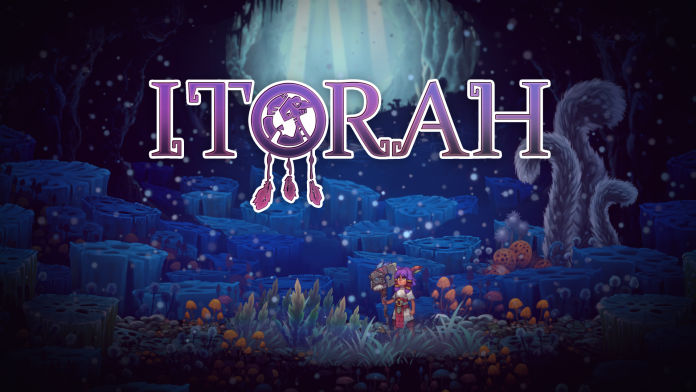 Securing the fate of the world is a heavy burden to bear. Today, Assemble Entertainment and Grimbart Tales are thrilled to announce a 21st March, 2022, Steam launch date for ITORAH, the extraordinary 2.5D Mesoamerican-influenced side-scrolling platformer coming to Steam and GOG. Embark on an unforgettable journey with the titular Itorah through the exotic and mysterious world of Nahucan, meeting strange, masked beings and discovering the secrets behind a terrible plague that has befallen the land and its inhabitants. Complimenting the release date news, the developers have also unveiled a brand new gameplay trailer, showcasing the various bosses and enemies to be found (and slain!) in this charming hand-painted Metroidvania-esque adventure.

ITORAH showcases a visually stunning art style and breathtaking environments, complemented by carefully crafted depictions of verdant forests, rocky cliffs, and ancient temples. Despite its deceptively breathtaking visuals, the story is a tragic, bittersweet saga of sacrifice and loss. Together with her smart-mouthed sentient weapon, an axe named Koda, Itorah will journey through the cursed land while unraveling its mysteries, told through enchanting gameplay and meticulously illustrated cutscenes.

Key Features of ITORAH Include:

Learn more of the fascinating world of Nahucan in the first Developer’s blog on Steam.

ITORAH launches on Windows PC via Steam and GOG on 21st March, 2022, for £14.49 / €19.99. Keeping with Assemble’s charitable endeavours, there’s also a  “Save the World ” edition available for £25.99 / $29.99 preorder. This special edition contains the official ITORAH soundtrack and artbook, with 10% of the proceeds donated to Survival International, a charity supporting indigenous people worldwide.