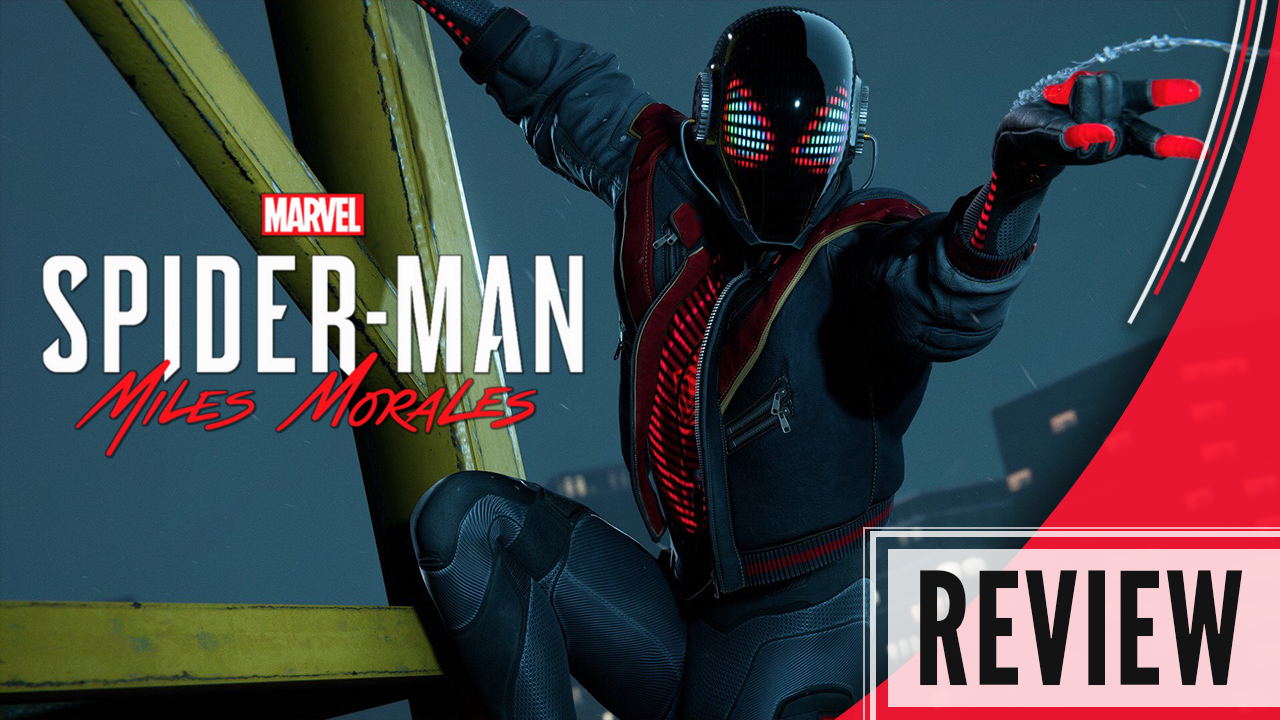 The Perfect Sequal to an already Perfect game and not just a “DLC”. Marvel’s Spider-Man: Miles Morales is the Sequel/Spin-off from 2018’s Marvel’s Spider-Man. It’s an open-world superhero beat’em up developed by Insomniac Games. I have only played the Playstation 5 version of the game. This review might include some spoilers!

The start of the game feels like you are not actually at the start, there is very little explanation of the controls and how everything works. This actually was not a negative thing because of how easy it is to master. Comparing it to Spider-Man 2018, it just feels much smoother and it slowly introduces new things without having to do a side thing to try and master something. The start of the story also goes by pretty fast you just get dropped into the game right into the action with a big boss fight at the start of the game. Almost like they expect you to have played the 2018 game first.

They added a lot of new combat mechanics to the game and everything feels like it’s a lot smoother. I really love the new “Venom” powers that miles has, it makes him really stand out and doesn’t make the game feel like a copy-paste from the 2018 game. Other than that the gameplay is 1 to 1 the same as spider-man 2018, the only thing changing is that it feels a lot better now, especially the web-swinging.

The web-swinging in the 1st game was already amazing and felt really smooth, but it had sometimes a clunky feel with corners and going up buildings, Here they totally perfected it, and it’s even more satisfying than before. Even the animations of the web-swinging makes it so much more entertaining to do, when traveling big lengths it got boring as Peter, but with Miles, he does different little poses every time you swing.

Something that also stood out to me was the Photomode. I never use photomode because I was never interested, but since I do more reviews now I like taking my own pictures, and the way Photomode works in the game made me look for the right times to take some cool pics. (all pictures in the review are made in-game by me).

The only real issue I had with the game itself was the boss fights. The highlights of the 2018 game were all the different types of bosses and I really missed that in this game. You beat Rhino 2 times, the Main story boss and The Vulture as a side boss after doing all the challenges, this boss is a 1 to 1 copy of the fight you had in the 2018 game.

Right from the start of the game, you will be massively impressed by how amazing it looks. It still doesn’t look perfect as a movie but they got pretty damn close. But the way it looks is just the right amount for a comic game.

The thing that really stands out to me was how good the hair looked on characters, a lot of games I play like Assassin’s Creed Valhalla can’t seem to get the hair of characters right and often feel out of place. In this game, you don’t see any issue with anything, and just makes the game feel so much more real.

The characters and Miles his suits all have such cool looks to them they really stand out and even with the enemies there is so much variation that it doesn’t feel like you are battling the same 5 enemies throughout the whole game. Especially the suits of Miles all looked so amazing! I zoomed in for some images and the smallest details are there and every suit just makes the cutscenes feel different and cooler when you play the game in New Game + with a different suit.

There is a lot of music in the game and every song fits what’s happening, at the start of the game you really get hyped up by a great song, and every time a song starts playing you just get hyped up and excited to play more.

The story is short but sweet. you can complete it in about 10 to 15 hours but in those hours are so many twists and turns that just make you feel in love with the game. The game really shows you that doing the right thing doesn’t always end up doing at least a little bit of bad in the end and that you think you might do the good thing but actually are doing something bad just because you miss a piece of information.

It has a bit of everything, betrayal, old friends reconnecting, and making new friends in the process. I feel like the game was a bit too short to really make a good connection to some of the characters other than Miles and a little bit of Phin, his mom, and Ganke. Especially you miss a lot of the character from the secondary villain Krieger.

If you have read comics with the characters appearing in the game before, you might be disappointed by some of the “plot twists” that the game has to offer. But for people who only play some marvel games or only watch the movies all the plot twists are really amazing. The only downside is that some of the twists are kinda predictable as well sadly.

In Spider-Man 2018 all the side-content felt like an annoying chore, especially the random crime spawns, but they really perfected the formula here and even made the quick collectible grabs fun and easy to do. The feeling of it being a chore is gone because there is a lot less per collectible and they are a bit more spread out. Even the things that they did take over from the main game like the hideouts and the random crimes were just fun to do.

There are a lot more side missions because of some app created by Ganke that lets people put in a request to get your help. There are just enough missions to make it not feel empty but also not too much to make it feel like they went overboard with the missions. In that app you can also select the random crime spawns you want to do, making it a lot less tedious than swinging around and waiting for one to spawn. When you got all the side objectives done from them you can basically ignore them all from that point on (Thank god).

The replayability is really barebones in the game, just like Spider-Man 2018. The only thing you really have in New Game+ is 1 extra suit, 1 extra upgrade of your weapons, and 1 extra skill in your skill tree. You can unlock the suit straight away from the start making it really not worth replaying the game again if you already have gotten the 100% on your main save file.

Overall this game is the perfect sequel to an already almost perfect game. It took all the good and made it better, took the bad, and twisted it around to make it good. The story had me on the edge of my seat throughout the whole game and is full of surprises. Although the game is short, it definitely doesn’t feel like a DLC at all.