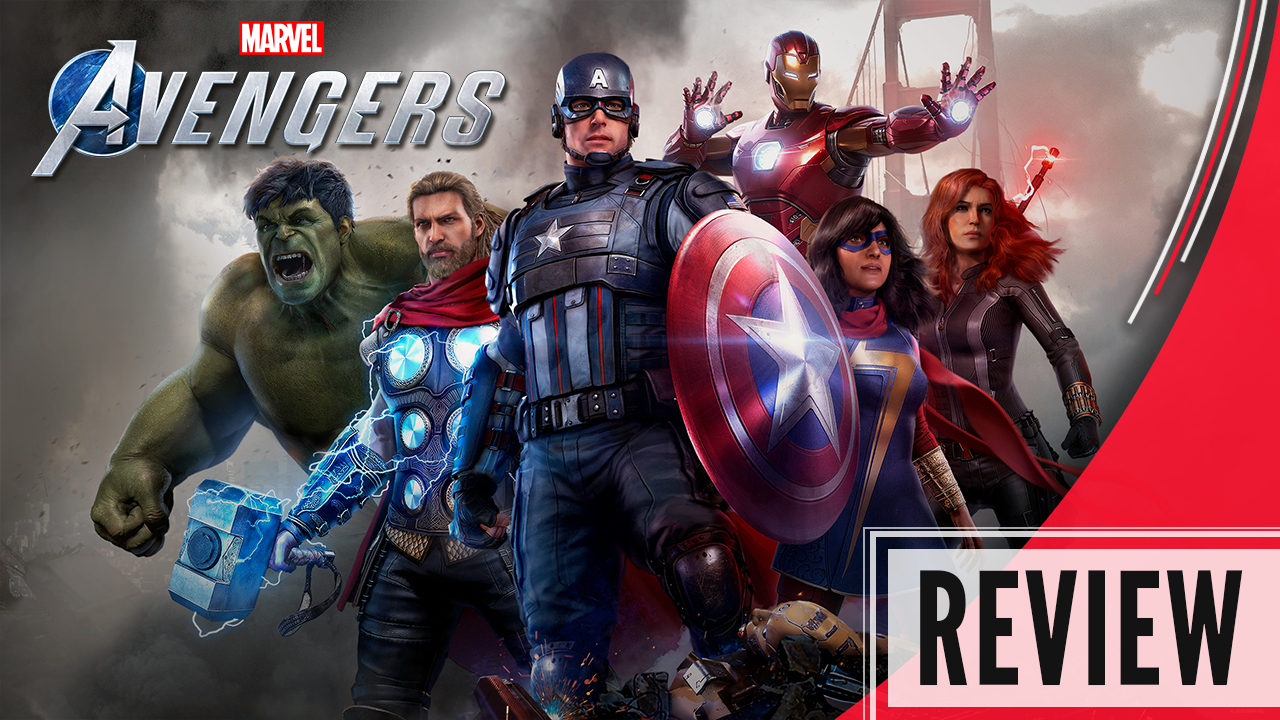 So I want to start off with the good things. A lot of people have been bashing the game a lot, and not without reason, but the game does actually have “some” good things going for it at the moment. One of them is the story of the game.

So the story of the game is actually pretty amazing and would be a must-play for every Marvel fan (for the right price on sale). It’s about MODOK and Monica Rappaccini that screwed over the Avengers on a special day with a new power source. Because of that, a ton of Inhumans got created, and at the same time being outlawed and hated by the world. Kamala Khan steps up and tries to assemble the Avengers and take on AIM. The story itself is not extremely long but long enough to keep a casual player busy for at least a few days. But after you completed the main story the issues start to arise……..

Another bit of the game that was actually amazing where the visuals, the graphics of the game looked just perfect and super realistic (even for the ps4 version). I kinda expected this but I was blown away by how good the game actually looked.

But now one of the not-so-good things about the visuals. Everything looks exactly the same after you beat the story, no matter what Hive or drop zone you pick, they will all look exactly the same and they have only about 5/6 variations of that area. Being a trophy hunter I wanted to get the platinum for this game, but the 50 Hives have broken me because of how boring it became.

How Avengers Broke Me

How much fun I had with avengers with the story got immediately broken by how empty, dead, and boring the game actually was. During the story you don’t notice it, but when you get to the end you start to see how much of a lackluster game it actually is, the story filled the game enough to keep your mind off it, but looking back, you do the same thing over and over again but just on different locations.

One of the biggest things you start noticing it with are the Hives, for the platinum you need to do 50 of them, and its the most mindnumbing thing you will ever experience, the first few it’s not that bad, but once you get the trophy for doing 5 you will start to only feel pain and regret.

The endgame grind makes everything that was fun about the game look empty and you will forget all the good the game had to offer because you will be doing more of the same over and over again times 50 without any real reward or sign of progression. After you hit level 50 and power level 140/150 you will not have any purpose for using that character anymore because they are maxed out. It doesn’t give you any cool rewards after, it doesn’t do anything other than making it a pain to level up the other characters.

All the missions get locked to the lever of the character you are highest with, so when you have only played with 1 character and maxed that out and go to a different character, you can basically do almost nothing because it keeps telling you you are underleveled. This will only allow you to do some drop zones to get a small reward, so you are better just buying a few gear upgrades to level up the power because you will barely earn any shard/rock items that will hold back your level massively.

The gameplay of the characters themself is not that bad actually, some characters do feel kind pointless, and underpowered, like Black Widow. But some characters seem to be completely overpowered for no reason like Captain America, his shield throw is just broken beyond repair, but in a good way. All the other characters just kinda feel meh, with Iron Man you feel like you can’t get too close and have to shoot all the time. The hulk needs to be close and personal to beat their faces in, while at the same time it feels like he doesn’t do any damage at all. Some of the characters even feel like they are the same but with a skin swap. Looking at you Hawkeye and Kate Bishop.

Most of the enemies just feel like infinite bullet sponges that will just not die. This will keep happening throughout the game until the very end when you are basically maxed out with everything. But at that moment it feels pointless to play with them, but switching to another character also is kinda hard.

While the game seems fun during the amazing story, after that high ends, it will only bring you pain and regret for going for the platinum trophy. But I would recommend getting it if you just wanna play through the story.